Mar 14, 2018 7:01 PM PHT
Camille Elemia
Facebook Twitter Copy URL
Copied
In February 2017, neophyte Senator Manny Pacquiao blocked the resolution that would have created the Senate's legal position that its concurrence is needed in all treaty withdrawals 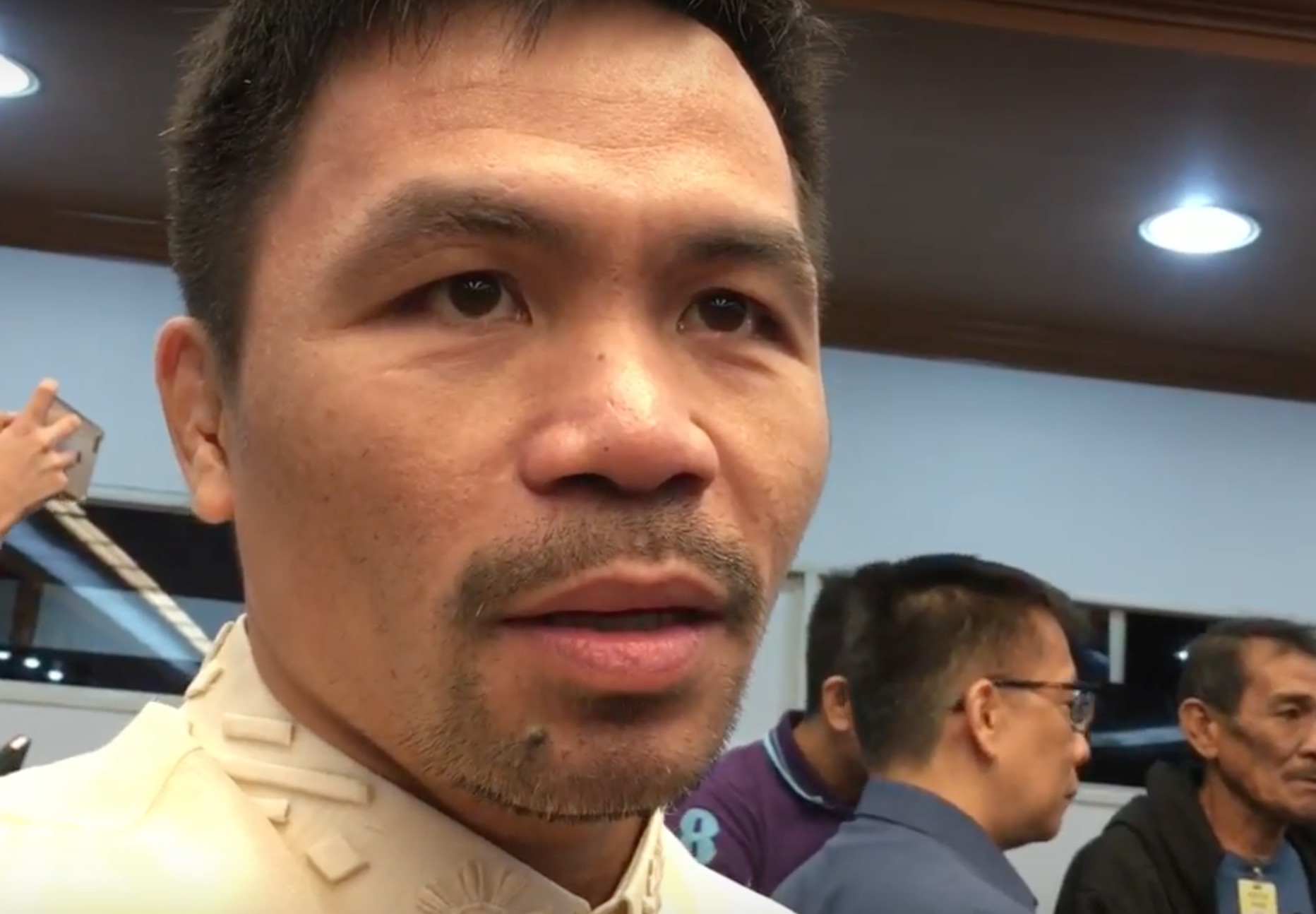 MANILA, Philippines – A year ago – in February 2017 – more than half of senators had wanted the Senate to have a united stand that Malacañang must seek the chamber’s concurrence on all treaty withdrawals.

Now, senators are citing this lack of Senate stand to say they cannot block the Philippines’ withdrawal from the 2002 Rome Statute of the International Criminal Court (ICC), which President Rodrigo Duterte announced Wednesday, March 14.

Their hands are supposedly tied because the treaty, approved in 2011, did not include a provision mandating Senate’s concurrence in the termination of the deal.

What happened: Article VII, Section 21, of the 1987 Constitution states “no treaty of international agreement shall be valid and effective unless concurred in by at least two-thirds of all the members of the Senate.”

In February 2017, 14 senators filed Senate Resolution Number 289, expressing the sense of the chamber that if it concurred with a treaty or an international agreement to begin with, the country can only terminate or withdraw from it also with the concurrence of the Senate.

“A treaty or international agreement ratified by the President and concurred in by the Senate becomes part of the law of the land and may not be undone without the shared power that put it into effect,” the resolution read.

Principally authored by then-Senate President Pro-Tempore and now Minority Leader Franklin Drilon, the resolution was signed by 13 other senators as co-authors:

The resolution came after President Rodrigo Duterte first declared intentions to scrap the Visiting Forces Agreement between the Philippines and the United States and to withdraw from the ICC.

During the interpellation of Senator Panfilo Lacson, Drilon said that should the President withdraw from a treaty, the Senate leadership or any member of the Senate “can challenge the withdrawal before the court and assert that the withdrawal was invalid.”

“Because should the resolution be adopted, it becomes the legal position of the Senate that the withdrawal, to become effective, must have the concurrence of Senate, an issue that must ultimately be decided by the Supreme Court,” Drilon said, as quoted in the Senate journal dated February 15, 2017.

But Pacquiao, a staunch ally of Duterte, blocked the measure.

Then, as is now, the neophyte senator maintained that the 1987 Constitution only grants the Senate power to concur and that the President has the sole power to end a treaty.

As quoted in the February 20, 2017 journal, Pacquiao said that the “Filipino people, being the author of the highest law of the land gave the power to the President to decide on foreign affairs; thus, he has the sole power to abrogate a treaty or international agreement.”

Senators hands are tied, Pacquiao is laughing: On Wednesday, Majority Leader Vicente Sotto III said senators cannot stop Duterte from withdrawing from the ICC. The treaty, approved in 2011, did not include a provision mandating Senate’s concurrence in the termination of the deal.

In a move seen to counter this, the current Senate began inserting such provision in treaties and agreements it approved during the 17th Congress, starting with the Asian Infrastructure Investment Bank agreement. This, however, does not cover old treaties.

“It covers all resolutions and treaties that we concurred in, so that the sense of the Senate, that I sought to have on the record, is that all of these treaties which we ratified can be rendered ineffective only if we concurred in the withdrawal. Unfortunately that did not pass,” Drilon told reporters in an interview Wednesday.

Supreme Court should resolve this: Since the 1987 Constitution is silent on the Senate’s role on treaty withdrawals, some are expecting that the issue would be brought before the Supreme Court, the final arbiter of the law.

In fact, Pimentel said the provision they inserted in recently approved treaties could also be questioned before the SC.

“Actually ‘yung dinagdag namin ngayon na provision (Actually the provision that we added) that even withdrawal requires Senate concurrence has not been tested before the SC, whether that is constitutional requirement,” he said.

Here is a copy of the proposed Senate Resolution 289: