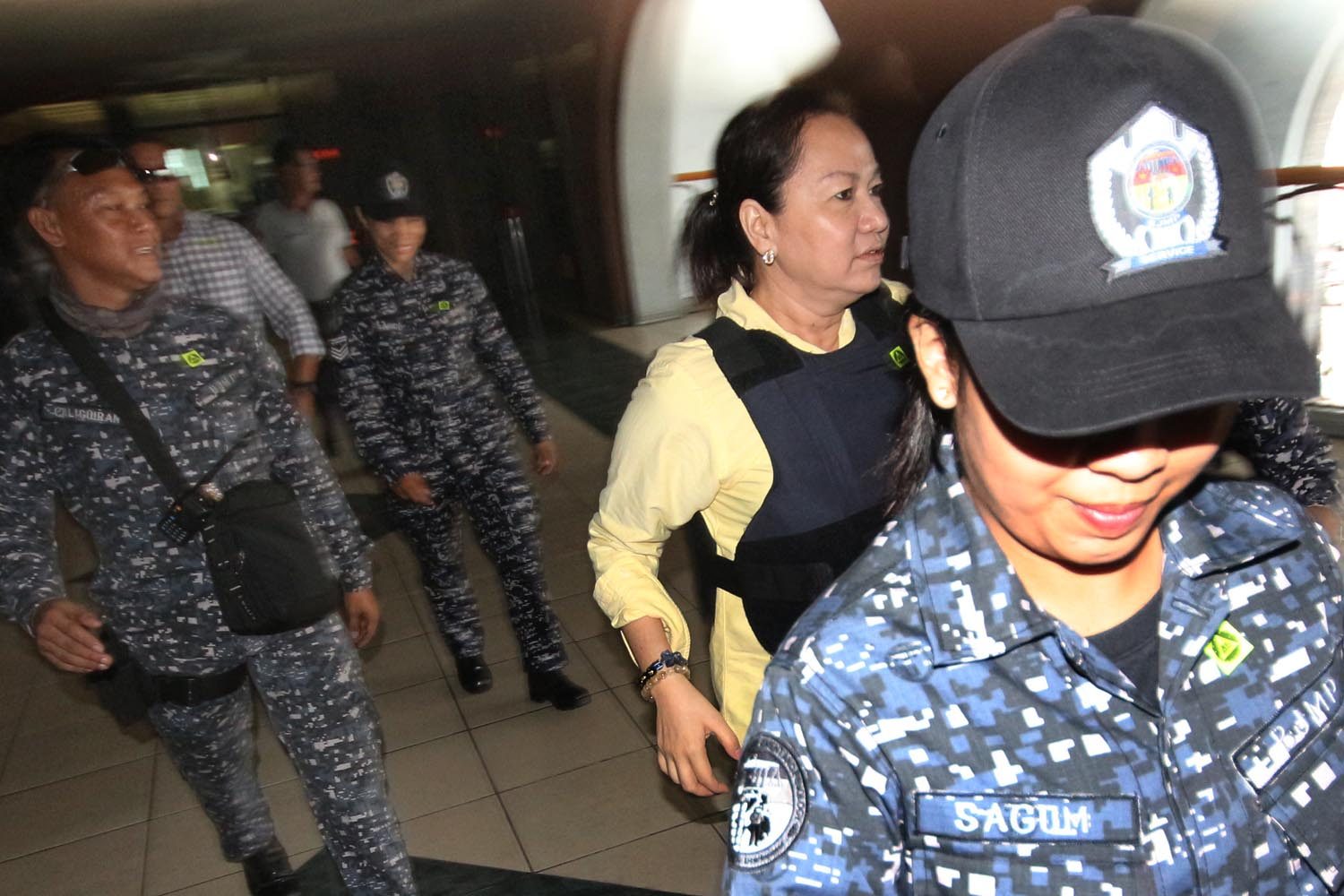 Facebook Twitter Copy URL
Copied
Alleged pork barrel scam mastermind Janet Lim Napoles is not a state witness yet. The anti-graft court Sandiganbayan has the final say on the matter.

“Physically wala pa po (she’s not yet) under WPP due to provisional status of admission. If requested by subject we can provide additional security and as warranted, address medical needs,” Balmes said.

According to Balmes, Napoles has executed an affidavit related to the pork barrel scam, where she is facing 5 counts of plunder and multiple counts of graft pending at the anti-graft court Sandiganbayan.

Napoles was put under WPP on February 27, 2018, according to a certification signed by DOJ Assistant State Prosecutor Nerissa Molina Carpio.

This certification was used by Napoles’ lawyers as they filed before the Sandiganbayan a motion to transfer her from Camp Bagong Diwa in Taguig, to the WPP custody.

Balmes said he could not disclose where Napoles would be moved to, for security reasons.

While the DOJ has foremost authority to put anyone under the WPP, declaring Napoles as state witness is out of its  hands.

Under Section 17, Rule 119 of the Revised Rules of Criminal Procedures, the court will have the final say “upon the motion of the prosecution before resting its case.”

The court in this case is the Sandiganbayan.

The law also says it is the body that prosecuted the case that can recommend to the court that someone is qualified as a state witness.

In Napoles’ case, it is the Office of the Ombudsman.

This rule has been asserted before by Ombudsman Conchita Carpio Morales, and recognized by Justice Secretary Vitaliano Aguirre II.

Morales had previously said she would block any attempt to make Napoles a state witness. Morales, however, retires in July.

Napoles’ lawyers are well connected. Her lead lawyer Stephen David is a fellow Bedan of both Aguirre and President Rodrigo Duterte.

In fact, David has been seen around Malacañang.

David’s wife Lanee was a lawyer for Napoles’ daughter Jeane before she was appointed by Duterte as a deputy commissioner of the Bureau of Internal Revenue. – Rappler.com