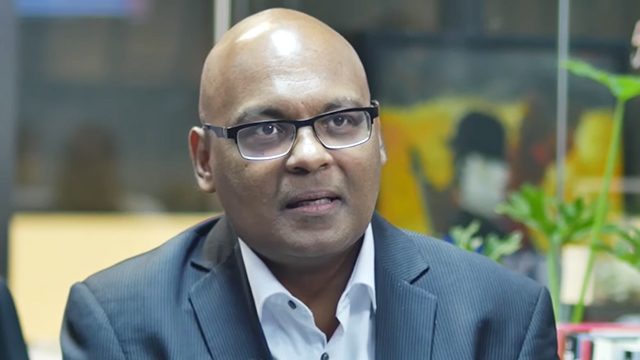 Facebook Twitter Copy URL
Copied
'The Islamic State has shrunk in the physical space, but in the cyberspace, it is still very capable,' says terrorism analyst Rohan Gunaratna on Rappler Talk

MANILA, Philippines – “Governments are crawling when the Islamic State is sprinting when it comes to social media. Governments must invest more in controlling and containing the spread of terrorist propaganda in cyberspace.”

Terrorism analyst Rohan Gunaratna said governments should double down on the propaganda war, and shouldn’t be complacent because of ISIS defeats in battlegrounds in the Middle East and even in Marawi City in the Philippines.

“The Islamic State has shrunk in the physical space, but in the cyberspace, it is still very capable. This issue has not been addressed by governments,” Gunaratna said in a Rappler Talk interview with Maria Ressa.

Gunaratna is the author of the 2002 book Inside Al Qaeda, which examines the history and the leadership of the precursor of ISIS.

“While taking care of privacy issues, it is important to address the terroristm issues of the internet,” Gunaratna said.

Gunaratna said ISIS is expanding globally as the battle space shrinks in Iraq and Syria. He noted the spate of attacks in Indonesia and Malaysia and warned against more terrorist attacks in the Philippines.

Gunaratna said the Philippines remains an important battleground in Southeast Asia, and governments must learn to collaborate with each other to defeat the extremist ideology. (WATCH: Marawi: 153 days of war)

“Terrorism will remain the Tier 1 national security threat in 2018,” he said. “Right now, the single biggest terrorist in the region is located in Mindanao. Although ISIS structures were dismantled in Marawi at great cost, IS still maintains very significant training and operations in the southern Philippines. It is imperative for governments in the region to work with the Philippines to contain and eliminate threat,” he said.

Gunaratna said governments must learn to share intelligence information and collaborate to effectively fight terrorism. He said there should be command data bases, exchanges of personnel, and joint trainings.

“Unless there is movement from cooperation to collaboration, the threat in this reigon will grow,” he said.

Gunaratna said governments should work closely with social media platforms like Facebook and Twitter, which have made headway in recent years in containing extremist posts on their platforms.

“We used to blame them in th past. Now they have taken the threat seriously. They have created huge capabilities because they understand that their platforms were used to kill people. They were used to spread hatred. Today they are onboard. Governments should continue to work with them,” said Gunaratna.

“This partnership is essential between media and government. Without such partnership, I believe the the threat of ideological extremism and terrorism will persist and may even grow,” said Gunaratna. – Rappler.com