Duterte tells countries: ‘Get out’ of Int’l Criminal Court 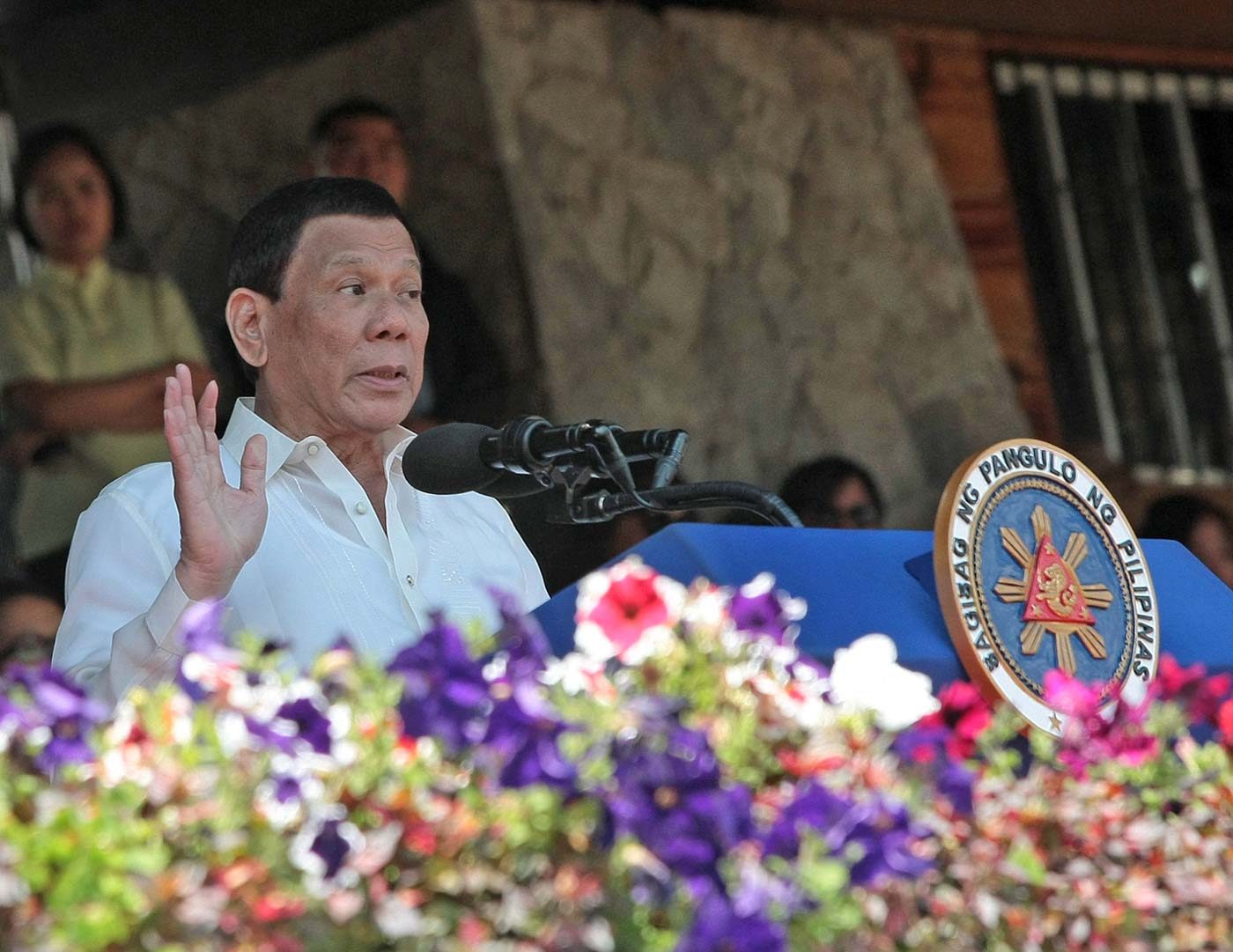 Facebook Twitter Copy URL
Copied
'I will convince everybody now under the treaty: Get out! Bastos 'yan!' says President Rodrigo Duterte, as he slams the International Criminal Court

MANILA, Philippines – Philippine President Rodrigo Duterte said on Sunday, March 18, that he will convince states part of the International Criminal Court (ICC) to “get out” because it is a “rude” organization produced by an “EU-sponsored” treaty.

“I will convince everybody now under the treaty: Get out! Bastos ‘yan (That is rude)! It is not a document that was prepared by anybody. It is an EU-sponsored [treaty],” Duterte said in a speech on Sunday before graduates of the Philippine Military Academy (PMA) in Baguio City

Duterte claimed that the Rome Statute, which created the ICC, was “not prepared” by member-states.

“The treaty, if you read it, it’s all bull…,” Duterte said, interrupting himself then joking, “volleyball na lang para walang ano (I’ll just say ‘volleyball’ so there’s no issue).”

The Rome Statute, he said, “is clearly a criminal law.”

Presidential Spokesperson Harry Roque had claimed on Thursday, March 15, that “an avalanche of withdrawal” of other countries will happen following the Philippine government’s decision to leave the court “immediately.” (FULL TEXT: Duterte’s statement on Int’l Criminal Court withdrawal)

But Senator Leila de Lima on Saturday, March 17, said that the country’s withdrawal from the ICC is the “beginning of the end” for Duterte.

“‘Tang ina. Ako na nga ang gumagawa ng legal and right, ako pa ang binababoy ngayon. (Son of a bitch. I’m the one who’s doing what is legal and right, then I’m now the one being criticized.) Some people can’t take the heat,“ Duterte said.

Duterte reiterated on Sunday that withdrawal rules do not apply to the Philippines because “there was no law” in the first place, as it was not published in the Official Gazette.

But law group Center for International Law (CenterLaw) said that the President cannot assert the ratification void as such publication is not a requirement. – Rappler.com