Mar 18, 2018 5:10 PM PHT
Boy Ryan B. Zabal
Facebook Twitter Copy URL
Copied
The governor calls on other local officials and stakeholders to band together and convince President Rodrigo Duterte not to shut down Boracay Island 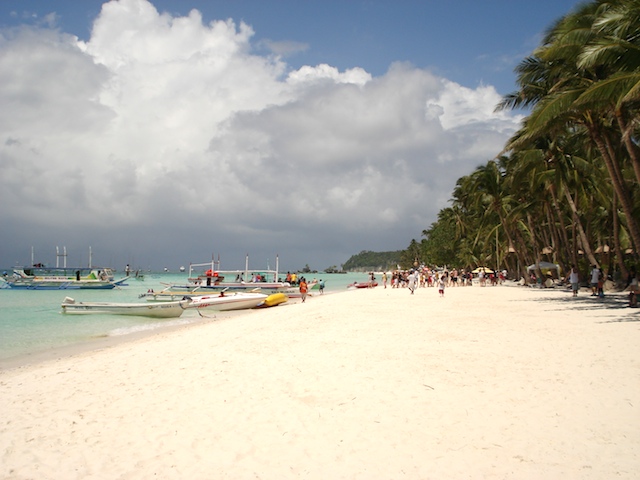 AKLAN, Philippines – Aklan Governor Florencio Miraflores summoned Boracay stakeholders, urging them to appeal for “yes to cleanup, no to closure” of the island.

Speaking in front of the stakeholders and other local officials on Saturday, March 17, Miraflores said a call for action to address environmental woes will be the “game plan” to convince President Rodrigo Duterte to set aside the recommendations of an inter-agency task force formed to rehabilitate Boracay.

“We must appeal for the sense of goodness of President Duterte. There is an opportunity for us to change if we can do our share. We have to show that we could resolve the traffic, sewerage, illegal structures, and solid waste management issues of the island,” he added.

The task force, composed of the Department of Tourism, Department of Environment and Natural Resources, and Department of the Interior and Local Government, asked Duterte last Thursday, March 15, to shut down the island to tourists for a maximum of one year.

“This is the time that we have to be aware of our responsibilities. We really have no choice. I could not imagine the effect of the closure [on] stakeholders and the province,” Miraflores said.

To kick off the game plan, the governor urged Malay Mayor Ceciron Cawaling to remove all-terrain vehicles (ATVs) from the Mt Luho area and bring these ATVs to mainland Malay to ease congestion. Boracay is part of the municipality of Malay.

Local government officials were also urged to get rid of dilapidated tricycles in Boracay, and draft a better traffic management plan in coordination with Boracay Water Island Company for the unhampered construction of sewer lines.

Miraflores said they would also coordinate closely with barangay captains in Yapak, Balabag, and Manoc-Manoc to conduct an inventory of houses for the establishment of a communal sewerage treatment plant (STP), in consultation with environmental experts.

“It will be the provincial government to fund the STPs for residential areas,” said the governor.

Miraflores also urged Cawaling to issue an executive order for the removal of illegal structures in protected areas such as wetlands.

He also wants the local government to reactivate the materials recovery facility (MRF) in Manoc-Manoc to address solid waste problems.

“We have to send a clear message to the President that we are doing our best and [we are] serious [in solving] the environmental issues. We have to fast-track our commitments the soonest possible time,” the governor added. – Rappler.com