Mar 21, 2018 2:22 PM PHT
Mick Basa
Facebook Twitter Copy URL
Copied
(UPDATED) 'Parents should never verbally abuse nor threaten teachers especially with a gun. We are willing to die for the grades we give our students!' says one Ateneo de Davao professor in a Facebook post condemning the attack on his colleague 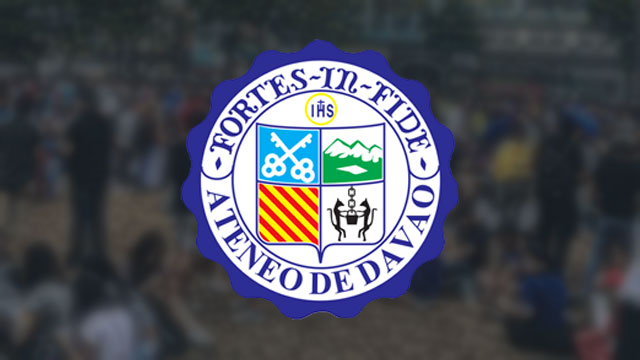 DAVAO CITY, Philippines (UPDATED) – A parent allegedly threatened an Ateneo de Davao University (ADDU) professor “with a gun” as he complained about his child’s low grades on Tuesday, March 20.

Judith Dalagan, ADDU Faculty Union president and OIC director of the ADDU Language Center, confirmed to Rappler that there was an incident on Wednesday, March 21, but she did not know all the details of the confrontation.

The incident took place inside the ADDU Jacinto campus where classes of senior highschool, college, and graduate students are held.

Dalagan later said that after hearing the entire story on the incident, there was supposedly no gun involved.

News of the incident broke late Tuesday night, when AdDU professor John Harvey Gamas took to Twitter to condemn the threat made by the father of a college student against his colleague. He later deleted the tweet but made the same public post on Facebook that same day.

“Parents should never verbally abuse nor threaten teachers especially with a gun. We are willing to die for the grades we give our students! #JUSTICEforTEACHERS,” Gamas said.

The names of the people involved have not been released as of posting. Rappler tried to get a statement from ADDU president Fr Joel Tabora on the incident since Tuesday night.

ADDU issued a statement on Thursday, March 22, to denounce the actions of the parent, saying it will “not be intimidated” by parental bullying and that it will prepare a complaint against the parent, who turned out to be a “public official and lawyer.”

Tabora clarified on Thursday that no gun was involved in the incident, but the parent used threatening language against the professor that prompted an official statement on ADDU’s stand against bullying.

People privy to the incident said that the parent was accompanied by “bodyguards,” and reportedly asked one of them to stand beside the professor during the confrontation. The bodyguard reportedly held a clutch bag that appeared to bear a gun, prompting university personnel to alert campus security about what was happening.

Security on the campus had been tightened due to incidents over the last two years.

In September 2016, the Davao City night market was bombed, killing 14 people and injuring many others. Two of those hurt were AdDU students. (READ: Explosion hits Davao night market)

In September last year, the school suspended classes over a bomb scare. – Rappler.com