Duterte lists down demands for OFW protection in Kuwait 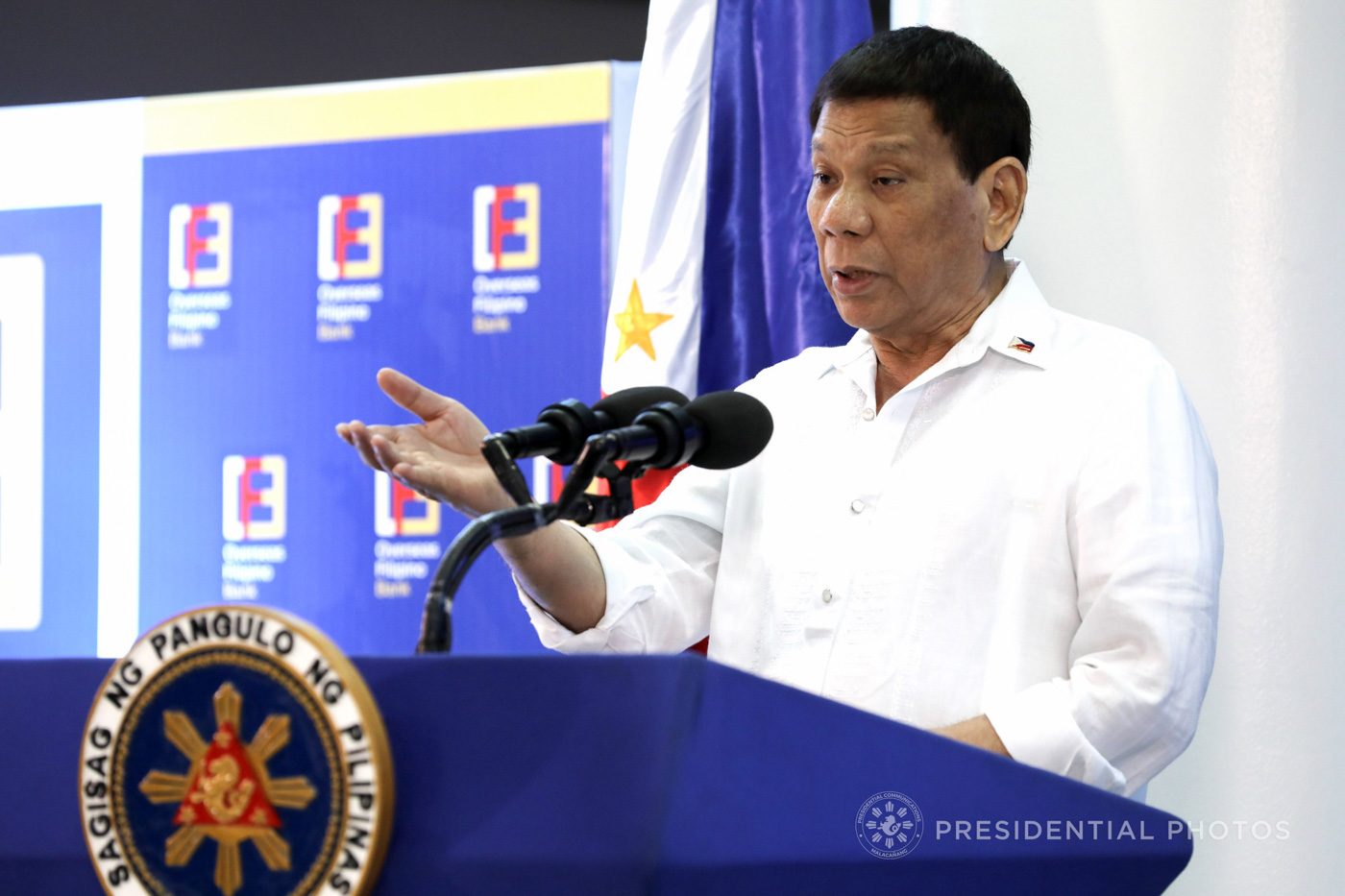 Facebook Twitter Copy URL
Copied
The Philippine leader wants Kuwait to ensure OFWs get 7 hours of sleep, enjoy holidays, and won't have their passports confiscated by their employers

MANILA, Philippines – President Rodrigo Duterte wants the Kuwaiti government to ensure that overseas Filipino workers (OFWs) get 7 hours of sleep, are well-fed, enjoy holidays, and won’t have their passports confiscated by their employers.

These are just some of the provisions he himself inserted into a draft agreement with Kuwait on safeguarding OFWs, he said in a speech on Wednesday, March 21.

He explained that he was late for the Philippine National Police Academy graduation because he was studying the draft document that was already being “rushed” by Labor Secretary Silvestre Bello III.

“I demanded that it will be a contract of government to government and that there will be some mandatory provisions like they should be allowed to sleep at least 7 hours a day,” said Duterte.

He added OFWs in Kuwait should be “fed nutritious food.”

“We will not allow leftovers [for] our countrymen. Palutuin sila ng kanila (Let them cook food for themselves),” said the President.

Duterte also wants the Kuwaiti government to ensure that its nationals who employ OFWs are not allowed to confiscate their passports. Such a practice allows employers to blackmail OFWs or prohibit them from returning to the Philippines.

Instead, Duterte said, if necessary, the passports can be turned over to an authority that will not abuse the power.

“No confiscation of passports by employees. If at all, it will be surrendered there in the table of arrivals of any country where Filipinos are working,” he said.

In addition, OFWs “should be allowed holidays,” said Duterte.

He then proceeded to emphasize that, by putting in these last-minute requirements, he does not want to generalize Kuwaitis who hire Filipinos.

But he stressed that Filipino migrants must not be abused.

“We are not slaves. Maybe our only fault would be in your county because we are poor,” said Duterte.

The firebrand Philippine leader banned the deployment of OFWs to Kuwait, pending an agreement between the Philippines and Kuwait that will ensure protection for Filipinos working there.