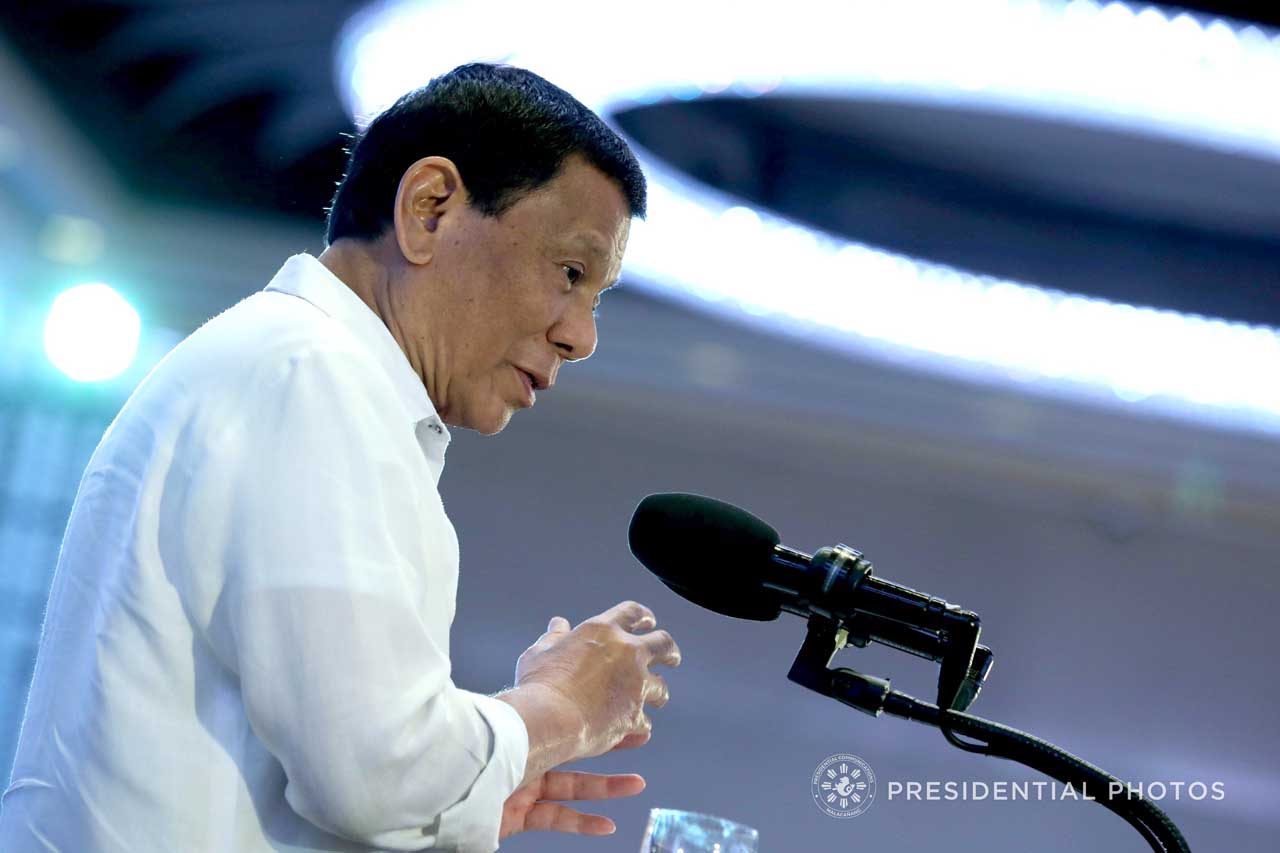 MANILA, Philippines – President Rodrigo Duterte said on Wednesday, March 21, that he wants more Muslims in the Philippine National Police (PNP) and the Armed Forces of the Philippines (AFP).

Duterte made the statement at the PNP Academy (PNPA) commencement exercises in Camp Castañeda in Silang, Cavite, on Wednesday.

“I’d like to remind everybody that we are one nation, that not all the Moro in Mindanao are our enemy. So maybe next time, there should be a percentage of the Moro people joining the PMA (Philippine Military Academy) or the PNPA. We need them,” Duterte said in his speech.

“We cannot govern this country by just selecting from the other provinces without looking towards Mindanao and we need officers trained, and we need to work with them in Mindanao and let us include them,” he added.

Duterte expressed gratitude to Muslim cops and soldiers who have fought in various homeland battles, the latest being the Marawi siege.

“I have seen with my own eyes the experience in the so many battles including Marawi. Many of the Moro people who are soldiers were there and many died for our country,” Duterte said.

Despite their sacrifice, Muslims are not well-represented in the country’s uniformed forces.

An example at hand is the PNPA Maragtas Class of 2018. Of the 106 graduates, only one is a Muslim.

In the long run, Duterte said, he wants to see that slots in the PNPA and PMA are divided “among the tribes” in the Philippines like Ilocanos and Visayans.

“I hope by the next batch…I will have the money to give you to enlist more police officers,” Duterte said. – Rappler.com