Facebook Twitter Copy URL
Copied
The Board of Generals will meet after the Holy Week to finalize a shortlist for President Rodrigo Duterte, according to Defense Secretary Delfin Lorenzana

“There are several candidates for that. One is General Madrigal of Eastmincom, General Galvez of Westmincom. They are the strongest candidates,” Lorenzana told Pinky Webb in an interview on CNN Philippines on Tuesday, March 20.

Lorenzana said the Board of Generals will meet after the Holy Week to finalize a shortlist for President Rodrigo Duterte. All 3-star generals are possible candidates, but he said a shortlist of 5 names will be given to Duterte.

“All we can do is to recommend to the President 5 names and then he chooses,” Lorenzana said.

AFP chief General Rey Guerrero is scheduled to retire on April 24. He replaced retired General Eduardo Año in October 2017, only two months before his supposed retirement in December 2017. His term was extended for 4 months. 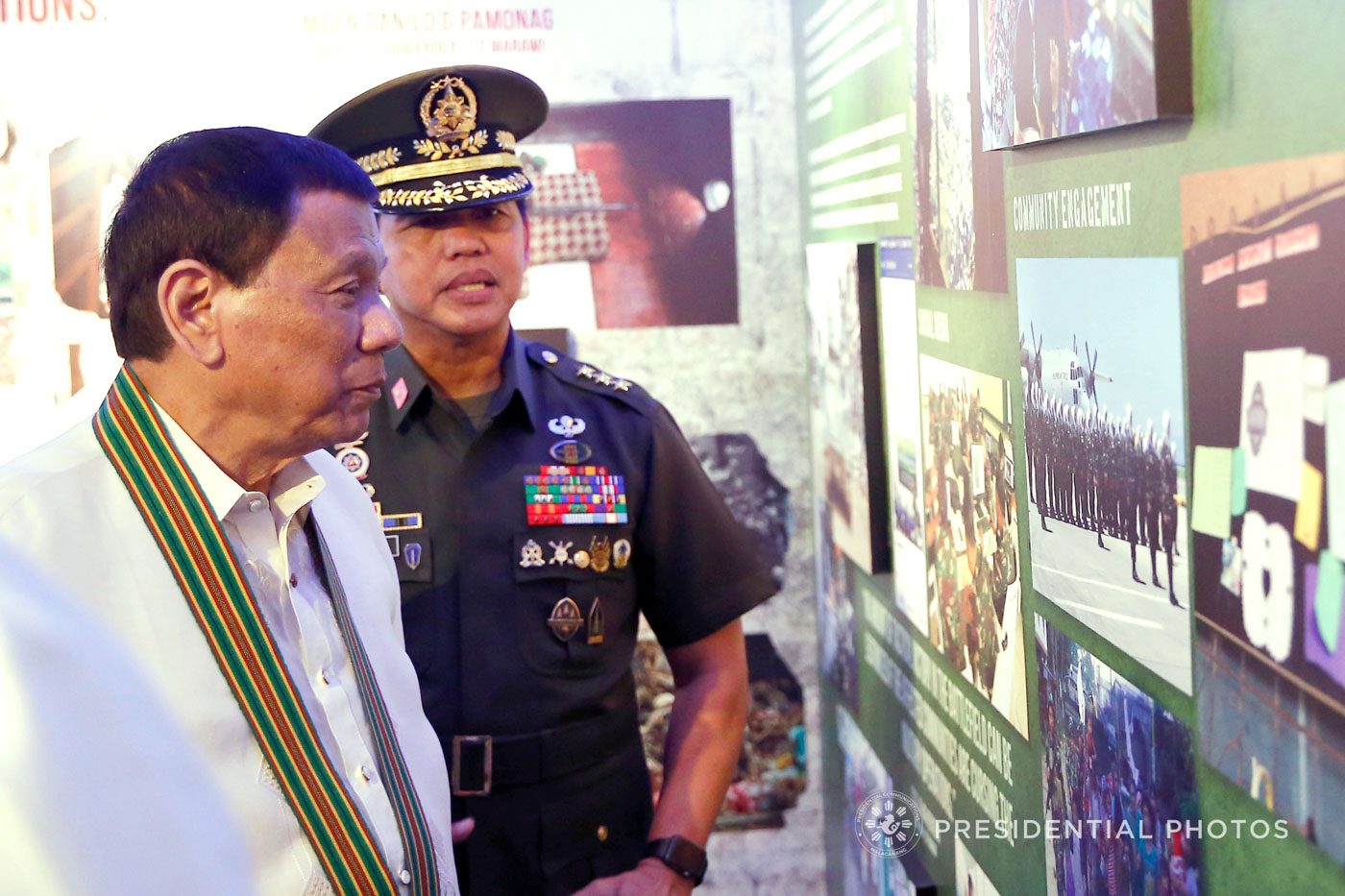 What are the challenges for the next AFP chief? Guerrero’s successor will lead the military as it continues to step up the campaign against communist insurgents and terrorists.

He will also become the implementor of martial law in Mindanao, which will last until the end of the year. The military will need to show significant gains in its operations in Mindanao to justify the long extension of martial law and suspension of the writ of habeas corpus.

The military has enjoyed massive support nationwide since the battle of Marawi, where 166 soldiers were killed and about a thousand were wounded. But this popularity could be threatened by emerging issues raised against its war against the communists, the continued displacement of Marawi residents, and implementation of martial law. The military knows it should immediately address allegations of human rights violations.

Profiles of the contenders. Madrigal has been the commander of the Davao City-based Eastern Mindanao Command (Eastmincom) since November 2017. It’s the post he was transferred to after serving as chief of the Bicol-based Southern Luzon Command for only 3 months.

He leads the military’s operations against the New People’s Army, responsible for Asia’s longest-running communist insurgency, which remains strong in pockets of areas in Eastmincom. He is scheduled to retire in September 2019.

Galvez is the commander of the Western Mindanao Command (Westmincom) and was previously expected to replace Año in October. He has been Westmincom commander since January 2017.

Bautista has been the Philippine Army chief since October 2017. He led military operations as ground commander in Marawi City during the war when he was 1st Infantry Division commander serving under Galvez.

Bautista is widely perceived inside military circles to be a strong contender because of his closeness to the President. He was first commander of the Presidential Security Group in the Duterte administration. He is scheduled to retire in October.

The AFP chief post is a prerogative of the President.

“My preference is irrelevant because it will be the President who will choose. Besides, all of the 3 stars are all qualified. I know them all and I am sure whoever will be chosen will do a good job,” said Lorenzana. – Rappler.com