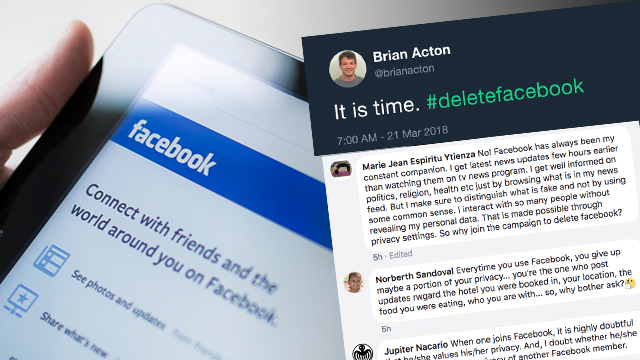 MANILA, Philippines – WhatsApp co-founder Brian Acton took to Twitter on Tuesday, March 20, to denounce Facebook, the company which purchased his app for $16 billion.

Acton called on people to delete Facebook, saying, “It is time.” Acton followed the words with the hashtag #DeleteFacebook.

Calls for investigations in the United States and Europe followed the revelation of this scandal by whistleblower Christopher Wylie.

Some argued that giving away some information was an inevitable price to pay for the free service, while others cited rules circumvention (such as using untrue information on their Facebook accounts) as a means of enabling Facebook use while maintaining privacy.

This is not the first time Facebook has been cast in an unfavorable light by people associated with it.

Facebook, in response, said it was “a very different company back then.” – Rappler.com