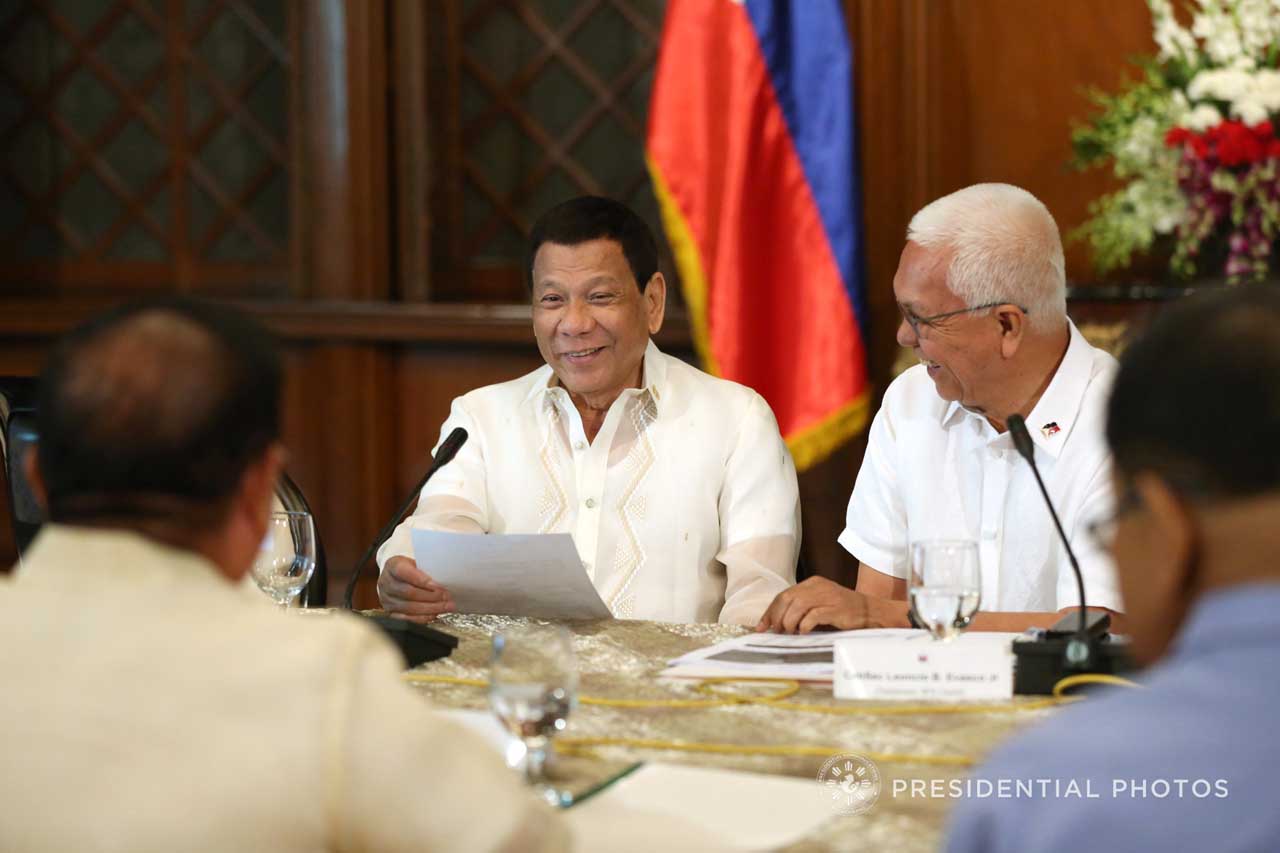 MANILA, Philippines – Upon the orders of President Rodrigo Duterte, the National Food Authority (NFA) Council authorized the start of procurement of 250,000 metric tons of rice, targeting arrivals by mid-May.

The NFA Council has standby authority to activate the procurement.

“The council ordered immediately. That was after the meeting, to start the procurement activities….The earlier resolution was to let the 250,000 MT of rice arrive in June. This time, because of the order of the President, we made it earlier, so they arrive middle of May,” Evasco said in a phone call.

During the Monday meeting, he gave the order for the immediate importation but he allowed the NFA Council to decide on the procurement method. Evasco said Aquino insisted on government-to-government (G2G) procurement but the council prefered government-to-private (G2P) importation, which prevailed.

Aquino had also wanted to amend the terms of reference for G2P importation but Evasco said doing so would further delay the procurement process because the council would have to discuss the changes.

“It was made clear in front of the President that the council does not want G2G because it bleeds government finances,” said Evasco.

In G2G, the Philippine government will have to take out a loan in order to purchase rice from another government, for instance, Vietnam or Thailand.

Evasco said corruption can taint even G2P importation if put in the hands of unscrupulous private importers, but added that the terms of reference approved by the council ensure safeguards and transparency measures. G2G procurement, meanwhile, is less transparent.

“At least with the terms of reference, it can obstruct any attempt to take advantage of the monetary change during the bidding. It is an international bidding where there are international observers so we can really get the lowest price of rice,” explained Evasco.

He said NFA management appeared to be siding with those who want to make money out of G2G importation.

“They really intend to take advantage of the purchase of rice for some people to make money,” he said.

When asked who seem to be taking advantage of the system, Evasco said, “Management, because they are pushing for G2G.”

Aquino has yet to respond to Rappler’s request for comment on the allegation, as of posting.

Evasco was also frustrated with newspaper articles, columns, and social media posts claiming he and the NFA Council are “delaying” or “blocking” the importation of rice to the detriment of poor Filipino households who need cheap NFA rice.

He vehemently denied this.

“I was so surprised that in newspapers, social media, they are saying we blocked the purchase of rice. Hindi naman ganoon (It’s not like that),” he said.

He said that the NFA Council’s go signal for procurement activities to begin, so that rice imports arrive in May, is proof that it is not blocking the process. – Rappler.com