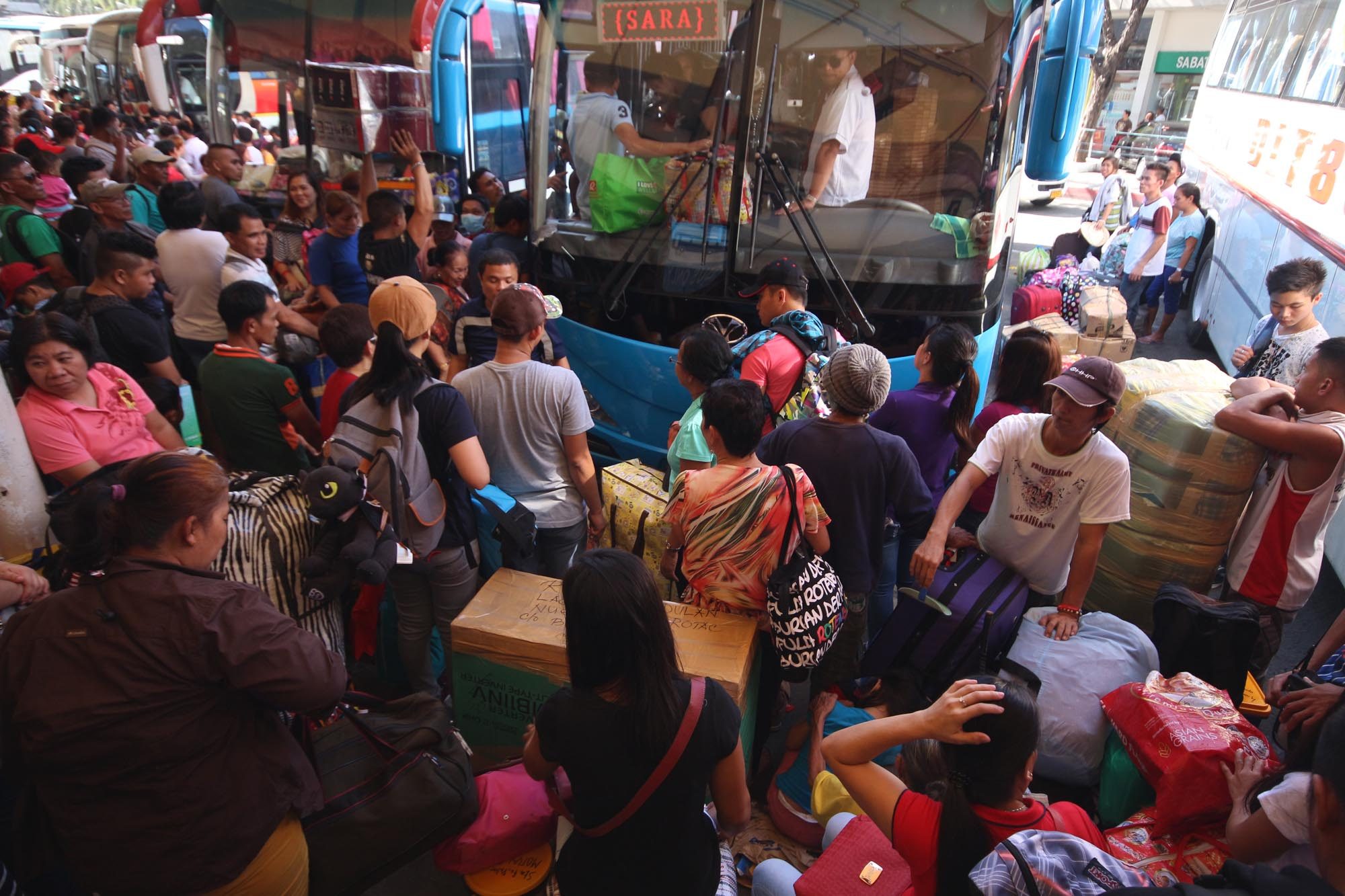 MANILA, Philippines – Are you among the thousands who are expected to travel during the Semana Santa?

Transportation officials are expecting travels to and from provinces – whether by land, sea, and air – to start as early as Saturday, March 24, before Palm Sunday. They are expected to peak by Holy Wednesday, March 28. (READ: Why Holy Week has no fixed dates)

In a press briefing on Thursday, March 22, Transportation Assistant Secretary for Commuter Affairs Elvira Medina gave some tips for those hitting the road during Holy Week.

Safety is the responsibility of both the transportation agency and the commuters themselves.

“Our most important mandate is to ensure safety, convenience, and comfort for our commuters. But it’s important that we know our rights as passengers as well,” Medina said in Filipino. (READ: Road safety awareness)

Medina said that passengers should be brought to destinations “properly” by the driver that is not under the influence of drugs or even lacking sleep. Passengers should always assert their right to pay the right fare.

She also said that senior citizens and people with disability (PWD) should always assert their right to be prioritized and to sit in designated seats for them.

She said passengers should only patronize vehicles with registered franchise from the Land Transportation Franchising and Regulatory Board (LTFRB).

Load and unload in terminals

Medina also urged commuters to ride or get off only in designated bays or terminals.

“Many commuters wait for buses in areas where they shouldn’t. Sometimes they get robbed by holduppers or by snatchers,” she said.

“Let’s not block or hail vehicles in unauthorized areas,” she added. (READ: On road safety and courtesy)

Medina said they launched a hotline where commuters can easily reach the transportation department should they encounter problems.

Commuters can call them via landline by dialling 7890. Medina said phone calls are free of charge, and will be attended to 24/7.

Alternatively, here are the other landlines:

Transportation officials said help desks and first aid stations will be put up in terminals.

The Philippine Ports Authority will also make sure charging stations and drinking water will be available for commuters waiting in ports.

For those waiting at bus terminals, officials said they are prepared for the influx of commuters and will set up tents and seats so passengers do not have to wait under the sun.

Inspections in different ports and terminals are ongoing, officials said.

Meanwhile, the Metropolitan Manila Development Authority (MMDA) suspended the number coding scheme around Metro Manila for city and provincial buses on March 28 and April 2, to accommodate the volume of traffic travelling to and from provinces. – Rappler.com