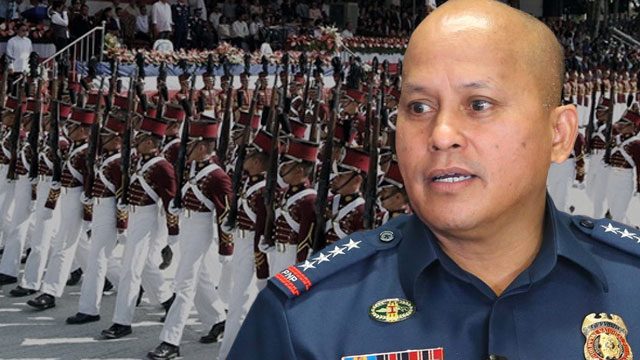 This was announced by no less than police chief Director General Ronald dela Rosa on Monday, March 26, describing it as an “on-and-off” “tradition” that “should be stopped.”

He described the tradition as “bawian”, a Filipino word which means “getting back” or “taking revenge.”

Dela Rosa’s pronouncements come in the wake of 6 PNPA fresh graduates being mauled by their underclassmen just after their commencement exercises on March 21.

According to the top cop, it is a tradition upheld by the cadet corps (academy students) and is not sanctioned by the PNPA administration.

The tradition this year took a wrong turn as the beating ended with the 6 fresh graduates who were attacked being admitted to a hospital. The attackers apparently used “rocks” and “paddles” to hit them.

PNPA Director Chief Superintendent Joseph Adnol has pronounced the scandal an “isolated incident”, and has formed a special task force to ensure that the suspects are penalized.

Dela Rosa’s own son, Rock dela Rosa, is a cadet at the PNPA. The younger Dela Rosa was not involved in the beating incident, Adnol said. – Rappler.com