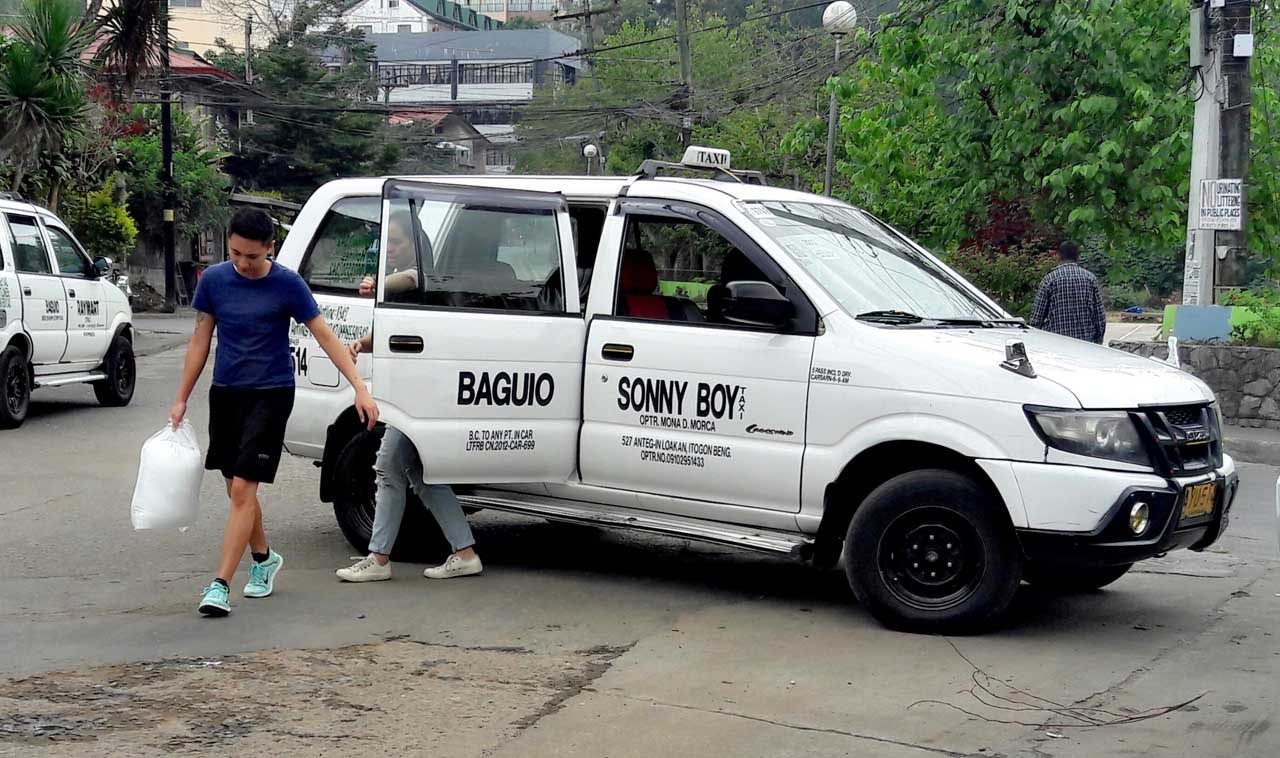 Facebook Twitter Copy URL
Copied
(UPDATED) The LTFRB in the Cordillera requires taxis to shell out for a global navigational satellite system, Wi-Fi, CCTV with continuous recording of the past 72 hours, dashboard camera, and online digital platforms

BAGUIO CITY, Philippines (UPDATED) – If you come up to Baguio, don’t be surprised if your taxi fare is far more than what you expected. The city’s cab drivers remaing among the most honest in the country; it’s just that the Land Transportation Franchising and Regulatory Board in the Cordillera approved the increase of the taxi fare since the beginning of March.

The flag-down rate is still P35, but passengers are now charged P13.50 per kilometer and P2 per minute of waiting time – which becomes especially worrisome when tourists flock to Baguio and add to the traffic jam.

Well, you can do what the natives do and not hail just any taxis. Look at the side and see if the last digit of the cabs are in the higher range. That means their meters have yet to be calibrated. Only those in the lower range have been calibrated so far. Also, some of the taxis advertise on their windshields: Not Yet Calibrated.

Those who had their taxis calibrated were required to shell out for a global navigational satellite system, Wi-Fi, CCTV with continuous recording of the past 72 hours, dashboard camera, and online digital platforms.

Some taxi operators as well as the city council asked for the suspension of the calibration because of these requirements.

Concerned Baguio commuters also filed an online petition to amend the taxi fare rates. Some passengers said the increase is 50% more than they usually pay. About 3,000 already signed the online petition. – Rappler.com

Editor’s note: An earlier version of this story stated that the new rate was P20 per kilometer. This has been corrected to P13.50 per kilometer. Our apologies for the error.