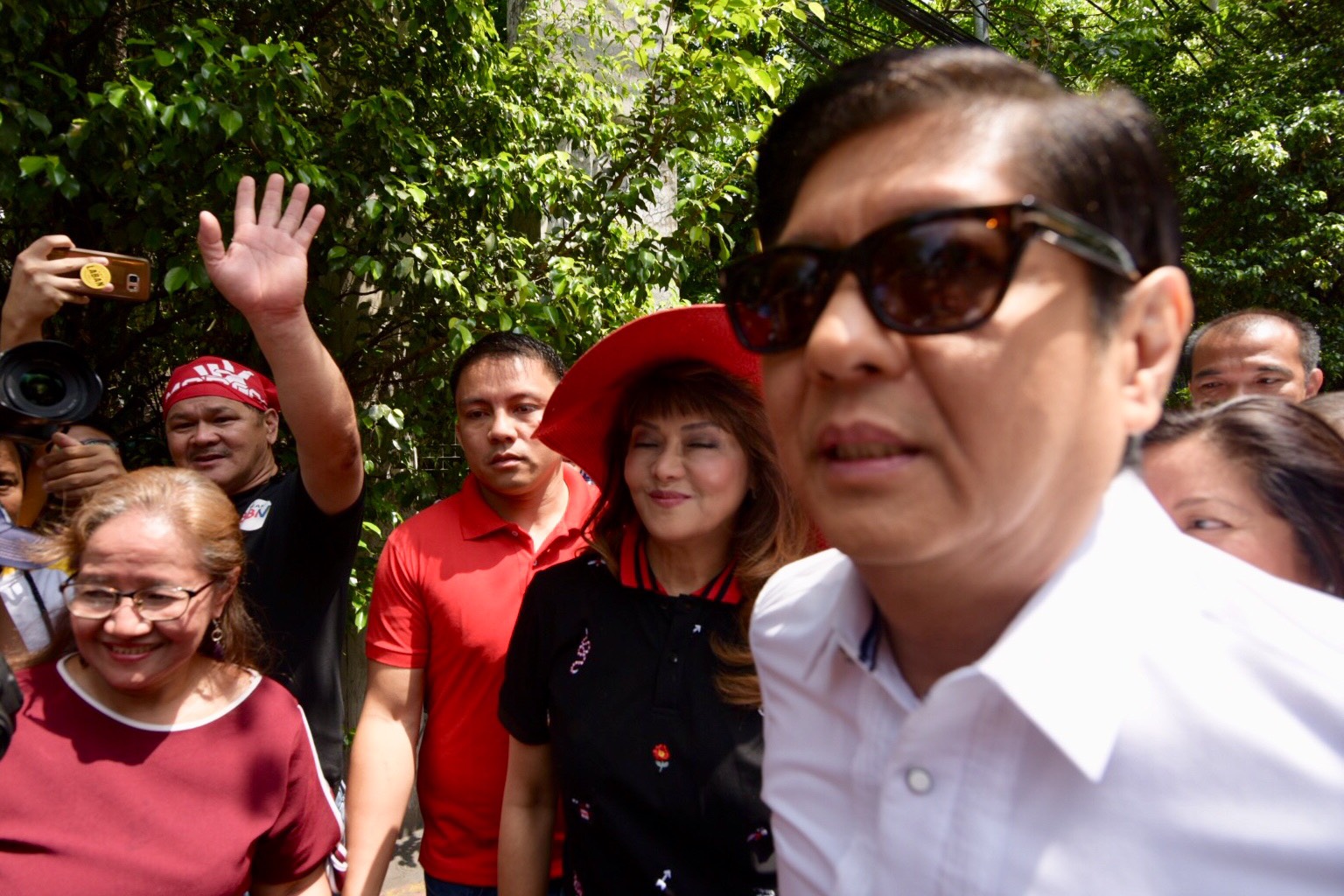 MANILA, Philippines – Ilocos Norte Governor Imee Marcos said on Monday, April 2, that nothing is definite yet on the Marcos family’s plans for 2019.

The SC sitting as the Presidential Electoral Tribunal (PET) began on Monday the recount of 5,418 clustered precincts covering the pilot provinces of Camarines Sur, Iloilo, and Negros Oriental.

Bongbong chose the pilot provinces for the electoral protest he filed against Vice President Leni Robredo. (READ: Robredo on VP ballot recount: ‘Have no fear, we fight for truth’)

“The results of the revision of pilot provinces shall thereafter determine whether the instant protest will proceed with the remaining 31,047 protested clustered precincts,” the PET said in a statement.

Bongbong also arrived to greet his supporters in front of the SC, after which he immediately proceeded to the revision site inside the SC building where media is not allowed.

Imee had earlier said that a Marcos will run for national office in 2019, presumably the Senate.

Pressed on Monday which Marcos would vie for the Senate, Imee didn’t elaborate.

(We’re just pushing the protest, my mother is already a Baclaran mainstay praying for this, I go to Quiapo, and I really expect the recounting of ballots to proceed as planned.)

(This is what we’ve wanted for the last two years and it’s only right because we prayed for this profusely during all of Holy Week, that the recount of ballots pushes through.) – Rappler.com