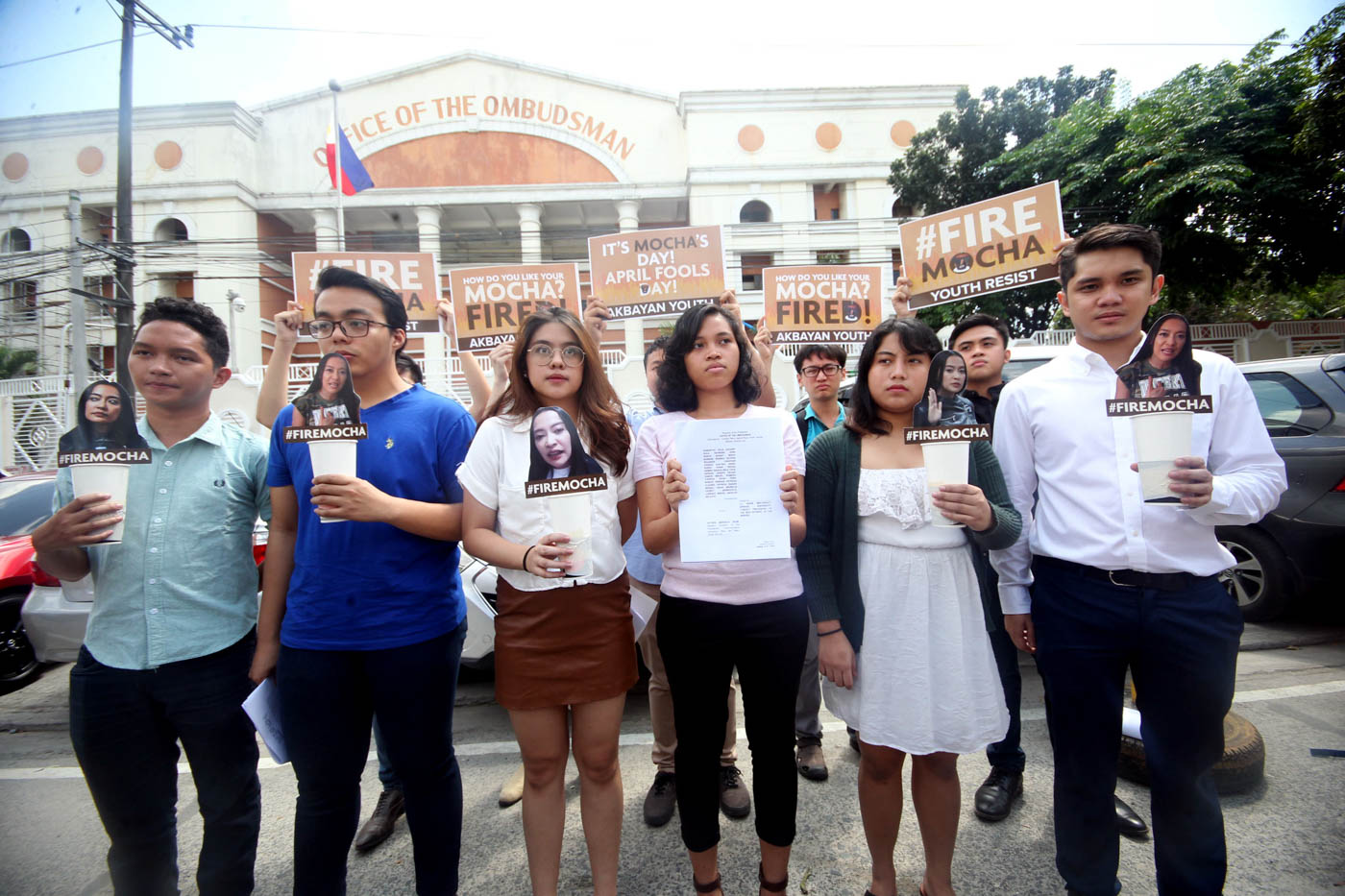 The complainants enumerated all the times Uson posted misleading content on her popular Facebook page and called them grounds for removal and dismissal from office.

They allege Uson is guilty of the administrative charges of grave misconduct, serious dishonesty and conduct prejudicial to the best interest of the service. (READ: Mocha Uson: Fake news victim or fake news peddler?)

In a small picket outside the Office of the Ombudsman, the youth group members held cups with a “Fire Mocha” poster above them.

(I thank the Akbayan Youth because they gave me an idea for what to name my coffee shop, Fire Mocha cafe.)

The incidents cited in their 12-page complaint filed before the Office of the Ombudsman are as follows:

“Clearly, Uson continues to transgress established and definite rules of action and conduct,” the complaint said.

This is not the only complaint pending before the Office of the Ombudsman against Uson.

The criminal complaints by Trillanes are graft, cyber libel, and falsification of public documents. – Rappler.com