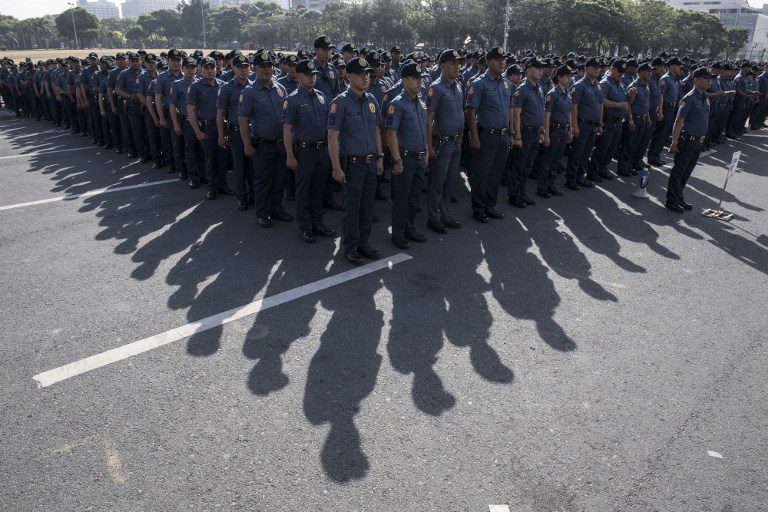 MANILA, Philippines – Tattoos are a no-no for the uniformed personnel.

The country’s top security officials announced this in separate statements on Monday, April 2, saying that indelible designs on any parts of the body are simply unpleasant to look at.

They were reacting to the call of Davao City 1st District Representative Karlo Nograles, who urged the PNP and the Armed Forces of the Philippines to change current conventions and scrap their no-tattoo policies.

What the defense chief said:  “Any good reason why we will lift it? We would like to keep it that way. Just like haircut. The military imposes strict rules on haircut and even mustache, why not tattoo?” Lorenzana told defense reporters through a text message on Monday.

“Tattoos are ugly and connote gangster image,” he added.

Why they reject Nograles’ idea:  The Davao City lawmaker, a party mate of President Rodrigo Duterte, branded as “unfair” and “archaic” the rule of the AFP and the PNP rejecting applicants based solely on whether they have tattoos.

Dela Rosa explained that the PNP’s selection process really is unfair and “discriminatory” because standards are needed to find the qualified applicants.

Lorenzana, meanwhile, said: “We have standards of behaviors that harken back to medieval times, and they are still relevant today: following orders, wearing approved uniform and badges, fitting into an organization, having a regulation haircut, regulated daily activities, be physically fit.” – Rappler.com