Facebook Twitter Copy URL
Copied
(UPDATED) Outside the SC premises in Baguio City, Sereno’s supporters mobilize to call for the inhibition of the justices they call the 'Biased 5'

BAGUIO, Philippines (UPDATED) – The 5 justices of the Supreme Court (SC) will not inhibit in the quo warranto petition to remove Chief Justice Maria Lourdes Sereno.

The SC en banc held a session morning of Tuesday, April 10. They will hold at 2 pm oral arguments wherein Sereno will personally testify.

Outside the SC premises in Baguio City, Sereno’s supporters mobilized to call for the inhibition of the justices they call the “Biased 5”. 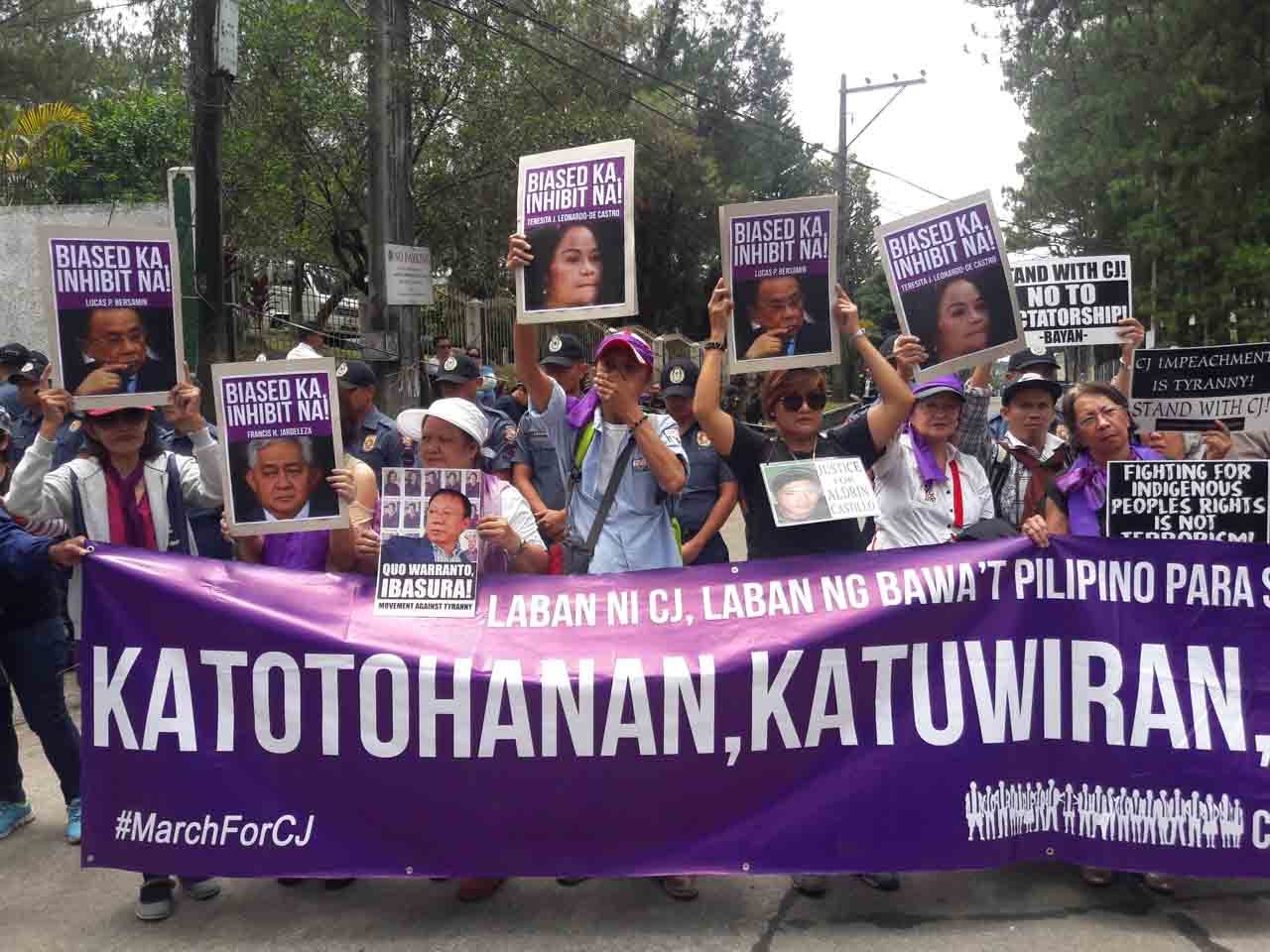 (They’re the complainant, they’re also the witness, will we allow them to be the judges as well?)

(Their views will not be fair and it will be a sad day for judicial fairness that’s important to our society and constitutional democracy.)

Sereno arrived at the SC past 1:30 pm, but she entered quietly through the side door.

Sereno’s lead counsel Alex Poblador will make an opening statement, but Lacanilao said she is ready to answer questions from justices if called.

There was slight tension when Larry Gadon arrived and was met by boos and chants of “gago” (fool) from the protesters.

Gadon responded by calling them “bobo” (stupid), cursing them and flashing them the middle finger.

Gadon as well as allies from the Volunteers Against Crime and Corruption (VACC), lawyer Manny Luna, and suspended lawyer Eligio Mallari, have passes to watch the oral arguments from the gallery.