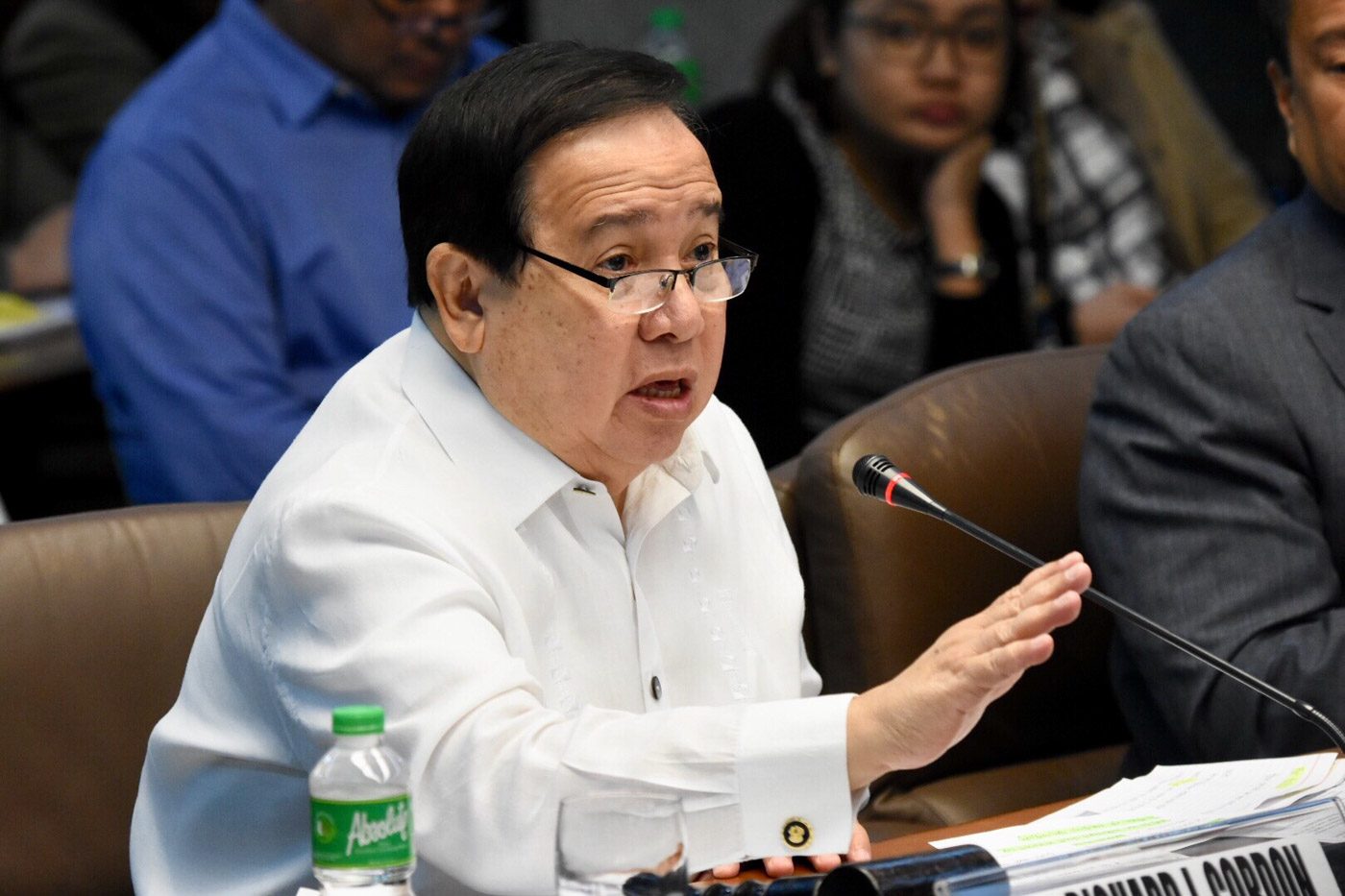 This was the statement of Senate blue ribbon committee chair Richard Gordon as he released his draft report on the controversy surrounding the government’s purchase of P3.5 billion worth of dengue vaccine doses, used in a mass immunization program for public school students.

“Former President Aquino is responsible because he caused the purchase of Dengvaxia and in the process caused irreversible damage, possibly death, to children, [and] anxiety, sleepless nights, unnecessary expense on the part of the parents and guardians,” he said.

“The greatest sin and transgression of Aquino was to put the lives of Filipino children in grave peril. He simply did not care. Manhid siya at walang malasakit (He’s insensitive and lacks compassion).”

Gordon’s draft report recommended that Aquino be charged with violation of Republic Act 3019 or the Anti-Graft and Corrupt Practices Act, as well as Republic Act 6713 or the Code of Conduct and Ethical Standards for Public Officials and Employees.

“President Aquino is guilty of malfeasance, misfeasance, and nonfeasance. From the time he inappropriately met with Sanofi in Beijing on November 9 2014, and once again a year later in December 1, 2015,” the draft report said.

“President Aquino is the highest official of the land. By meeting with mere senior vice presidents of Sanofi Pasteur, he was sending a strong message of perception that he was dispensing undue patronage. And each time he met, the bureaucracy started acting with undue haste, losing all forms of objectivity,” it added, referring to the haste by which the vaccine budget was released.

Gordon said Abad committed “technical malversation” for releasing funds for a program that was not in the national budget.

Aside from Aquino, Abad, and Garin, the draft panel report also recommends charges against the following Department of Health officials:

The Senate and the House of Representatives conducted investigations into the school-based dengue immunization program after Sanofi Pasteur issued an advisory in November 2017 that Dengvaxia could cause more severe cases of dengue if administered to a person who had not been previously infected by the virus.

The Department of Health has since suspended the program, and tapped experts from the University of the Philippines-Philippine General Hospital to validate alleged deaths due to Dengvaxia. According to the experts, 3 out of the 14 cases showed indications that the deaths were related to dengue despite them getting the vaccine, but said further tests had to be conducted.

The Public Attorney’s Office has exhumed bodies and conducting forensic examinations of other vaccinated children, but its findings have been questioned by both public health experts and lawmakers. – Rappler.com