Part of calamity fund to be used for Boracay closure – DBM 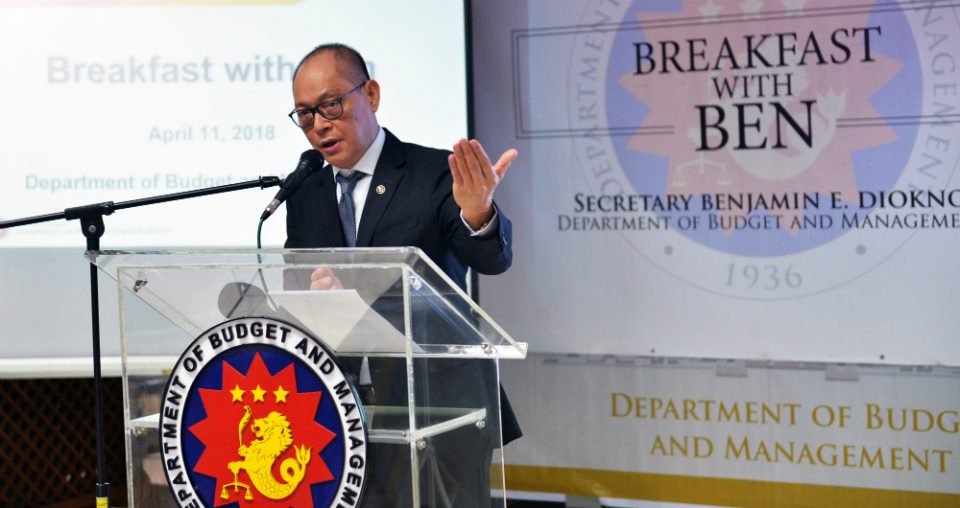 MANILA, Philippines – Budget Secretary Benjamin Diokno said on Wednesday, April 11, that the government will tap part of the country’s calamity fund to cushion the impact of closing Boracay to tourists for 6 months.

The calamity fund for the year stands at P19.6 billion. Under its special provisions, P10 billion had been set aside for the rehabilitation of war-torn Marawi City. This means that P9.6 billion remains for other purposes, including Boracay.

“There’s a P19-billion total calamity fund for [2018], but P10 billion is earmarked for Marawi. So we have about P10 billion. That’s the source of the funding,” Diokno told reporters on Wednesday.

Asked where the P2 billion would be sourced, Diokno said it would come from the calamity fund as well. (READ: CHEAT SHEET: What to expect from Boracay closure)

But some senators had pointed out that the calamity fund “would not be enough” to cushion the impact of the 6-month closure.

“The calamity fund will not be enough to address all the problems that our workers and their families will face because of the Boracay shutdown. We need to allocate [additional] funds for this,” Senator Joel Villanueva earlier said.

DOLE had also expressed that its funds are limited. It can only afford to hire some 5,000 workers out of the 17,000 to be affected by the closure.

But on Monday, April 9, Duterte admitted that the government has no master plan for the closure. – Rappler.com