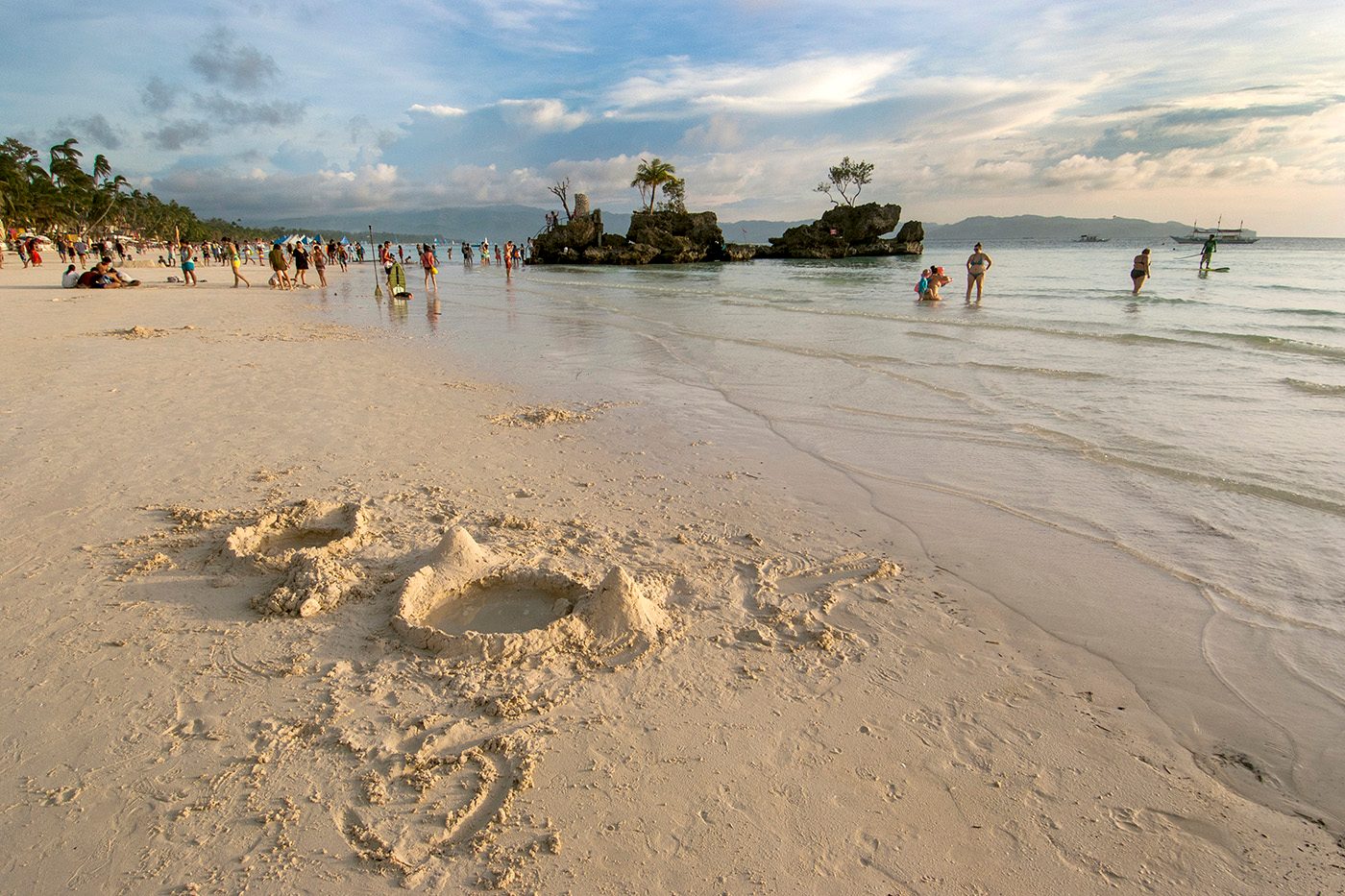 MANILA, Philippines – The Philippine government said on Wednesday, April 11, that it is considering to limit the number of Boracay tourists once the world-famous beach reopens after 6 months.

“Yes,” said Tourism Secretary Wanda Teo in an interview on ANC’s Headstart, when asked by anchor Karen Davila if the Philippine government is considering a daily cap on Boracay’s tourists.

“Remember in the Underground River, limited lang ang pupunta sa lugar na ‘yun. I think that will be the case with Boracay. So ‘pag puno na ‘yan, then you have to book on the next day. You have to wait. Anyway there’s Caticlan. They can stay in Caticlan, and then when medyo lumabas na ‘yung tourism, then they can go in,” Teo said.

(Remember in the Underground River, there’s a limited number of people going there. I think that will be the case with Boracay. So when it’s full, then you have to book on the next day. You have to wait. Anyway there’s Caticlan. They can stay in Caticlan, and then when the tourism in Boracay wanes, then they can go in.)

While admitting he has no master plan for the island, President Rodrigo Duterte earlier ordered a 6-month closure of Boracay supposedly to rehabilitate what he called a “cesspool.” Boracay will be closed to tourists starting April 26.

These mega projects include:

Experts have criticized Duterte’s intentions for closing Boracay to tourists.

In a Thought Leaders piece for Rappler, economist JC Punongbayan pointed out, for one, “If Duterte were really concerned about congestion and excessive commercial activity in Boracay, why did he just allow the construction of a new megacasino and megahotel there?”

Environment Undersecretary Jonas Leones said the Philippine government is still determining the “carrying capacity” of Boracay, or the maximum number of people it can support without compromising its resources.

Leones said the government will release the study on Boracay’s carrying capacity by the end of April.

Teo said Boracay’s carrying capacity in 2008 was 25,000, including workers there. “Now it’s 75,000. Hindi naman lumalaki ang Boracay (And Boracay is not getting any bigger),” she said. – Rappler.com