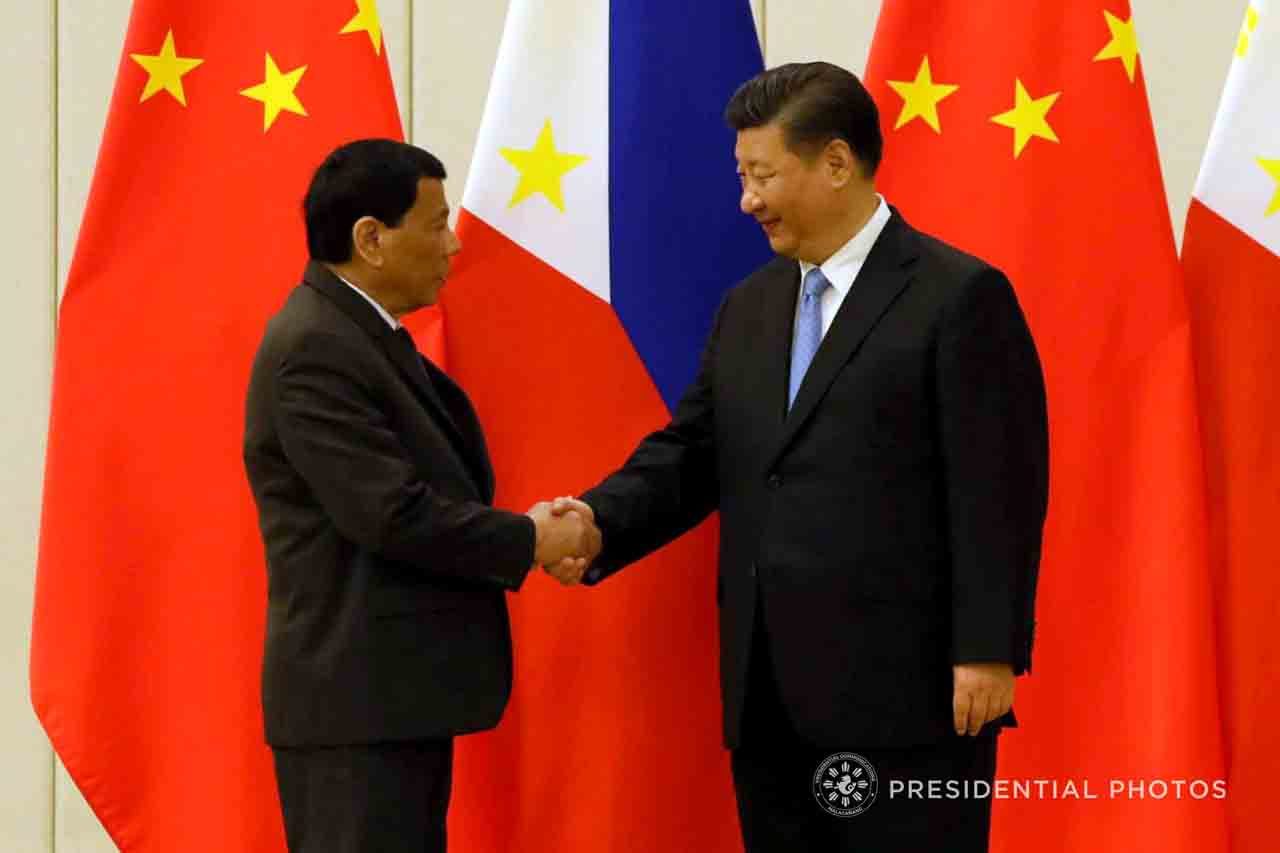 In a press briefing in Hong Kong, Cayetano said Duterte and Xi talked about joint exploration in their bilateral meeting on Tuesday, April 10.

“How important was that statement made by the two leaders? Very important, because it’s basically the go signal to come up with a framework, and if it’s acceptable to both sides, we could see the joint exploration done soon,” Cayetano said.

According to Cayetano, Xi said “that China, if that’s what the Philippines wants, is willing to discuss and find a solution” in the West Philippine Sea.

Duterte, on the other hand, said “it’s important that our people see the benefit” of the relationship between Manila and Beijing.

The West Philippine Sea is the part of the South China Sea that belongs to the Philippines but is claimed by China.

The Philippines won a 2016 Hague ruling affirming its rights over the West Philippine Sea, but Duterte has downplayed this victory in exchange for economic benefits from China.

‘We will stick to our guns’

Referring to the West Philippine Sea, Cayetano added: “It’s important that we get something out of there. But you know it was clear to both sides that we will stick to our guns, we’ll stick to our claims, and let’s see how we can get anything from there.”

To drive home his point, Cayetano said that if agencies such as the Department of Foreign Affairs (DFA) can draft a framework “tomorrow,” he can facilitate a memorandum of understanding (MOU) or any form of agreement as soon as possible.

“If our legal minds, the DFA, the Department of Energy, Malacañang, and some of our consultants can come up with a framework tomorrow, I will send that to the Chinese tomorrow. If they can send it back to us the next day, and they say they agree, then we can start drafting the MOU or the agreement, and vetting it for official okay,” Cayetano said.

The Philippines and China earlier agreed to pursue joint exploration in the West Philippine Sea “in a prudent and steady way,” following a meeting between Cayetano and his Chinese counterpart, Wang Yi, in March.

Duterte has described a proposed deal as akin to “co-ownership” of contested areas, saying this was preferable to the “massacre” of Filipino troops in a war with China. – with reports from Agence France-Presse / Rappler.com