Peter Lim camp cries foul over lack of due process Facebook Twitter Copy URL
Copied
With an assistant solicitor general as lead counsel, the Criminal Investigation and Detection Group promises to bring in additional witnesses and evidence against the alleged drug lord

MANILA, Philippines – The camp of alleged Visayas drug lord Peter Lim cried foul over what they said was a violation of the businessman’s right to due process.

“We’re concerned [about] the violation of our client’s rights to due process. Our client is faced again with a situation where he has to prove himself. We are vehemently objecting to a delay,” Lim’s lawyer Magilyn Moja told the new prosecution panel on Thursday, April 12.

The new panel began on Thursday a fresh preliminary investigation into drug conspiracy charges against Lim and Kerwin Espinosa, who the CIDG alleged he supplied “staggering amounts of shabu” to.

The charges against Lim were dismissed by a prosecution panel, but then justice secretary Vitaliano Aguirre II ordered a fresh investigation into the case. Lim’s camp has since filed a motion for reconsideration, which will now be resolved by new Justice Secretary Menardo Guevarra.

“Aguirre ordered without any ground to vacate the resolution. There’s no mention if evidence were considered in issuing the order to vacate. We can surmise that outrage propelled Aguirre in issuing such order,” Moja said.

Moja also opposed the CIDG’s request to be given until April 30 to submit additional evidence. The CIDG will have no less than an assistant solicitor general as its lead counsel.

“No violation at all [of due process],” said Assistant Solicitor General Angelita Villanueva Miranda.

“He is always given notice. What are the rights that were violated?” said CIDG counsel Superintendent Alfonso Orsos.

Orsos refused to comment on Aguirre’s order to scrap the earlier charges, but said the old prosecution panel “really made a mess” out of the case.

“There are more questions left unanswered. There are two grounds that the old panel never discussed. One of which was the fact on the drug conspiracy charge, we just adopted the charge of Senator Leila de Lima, and yet puwede dun, sa amin hindi pala puwede (it’s allowed in her case but not in ours), why?” Orsos said.

Orsos was referring to the standards the DOJ applied when it charged De Lima of drug trading, despite the De Lima camp saying there are no physical proof of drugs or transaction trails.

Orsos said the Office of the Solicitor General (OSG) joined “to show that we really have a case.” 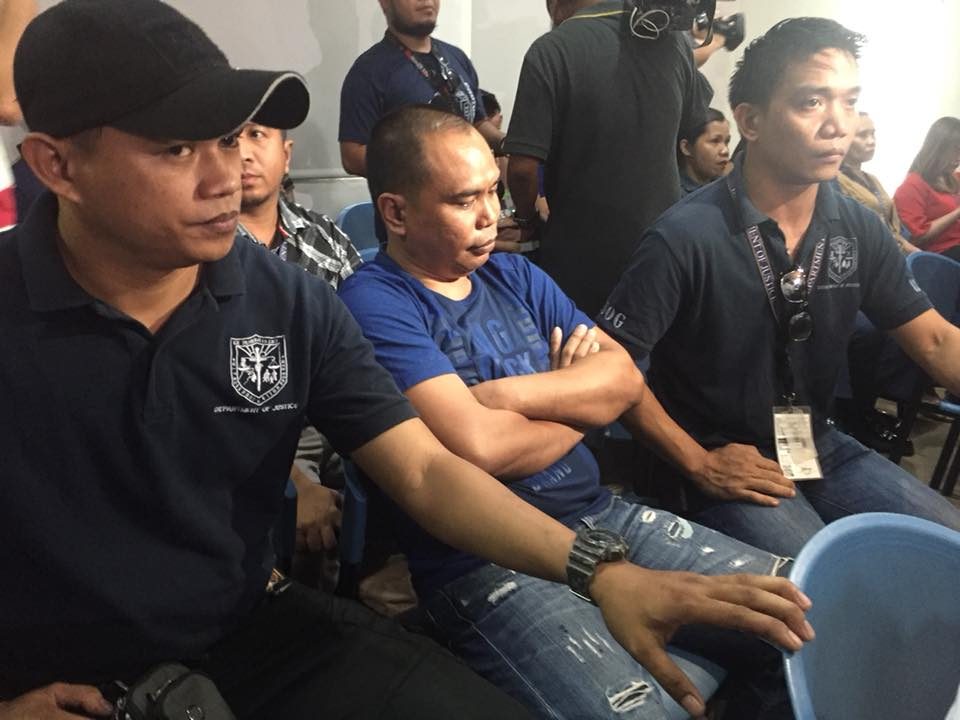 Lim was not present on Thursday. Espinosa, who is detained, came with police escorts, and so the CIDG’s key witness Marcelo Adorco. Adorco is allegedly Espinosa’s drug runner who is privy to transactions with Lim.

Villanueva said additional evidence include documents that would clarify some of the details in Adorco’s affidavits.

Orsos said they have new witnesses.

The dismissal of charges against Lim and Espinosa was publicized in March and sparked outrage. It raised doubts on the legitimacy of the government’s commitment to hunt down drug lords.

It was a scandal that tailed Aguirre for weeks, until he resigned on April 5.

Guevarra said he would leave it up to the new panel to decide the case.

But as revealed on Thursday, Guevarra has to resolve a motion that would decide whether the panel can continue its new investigation, or scrap it once again, which would add to the list of flip-flops of a scandal-hounded agency. – Rappler.com