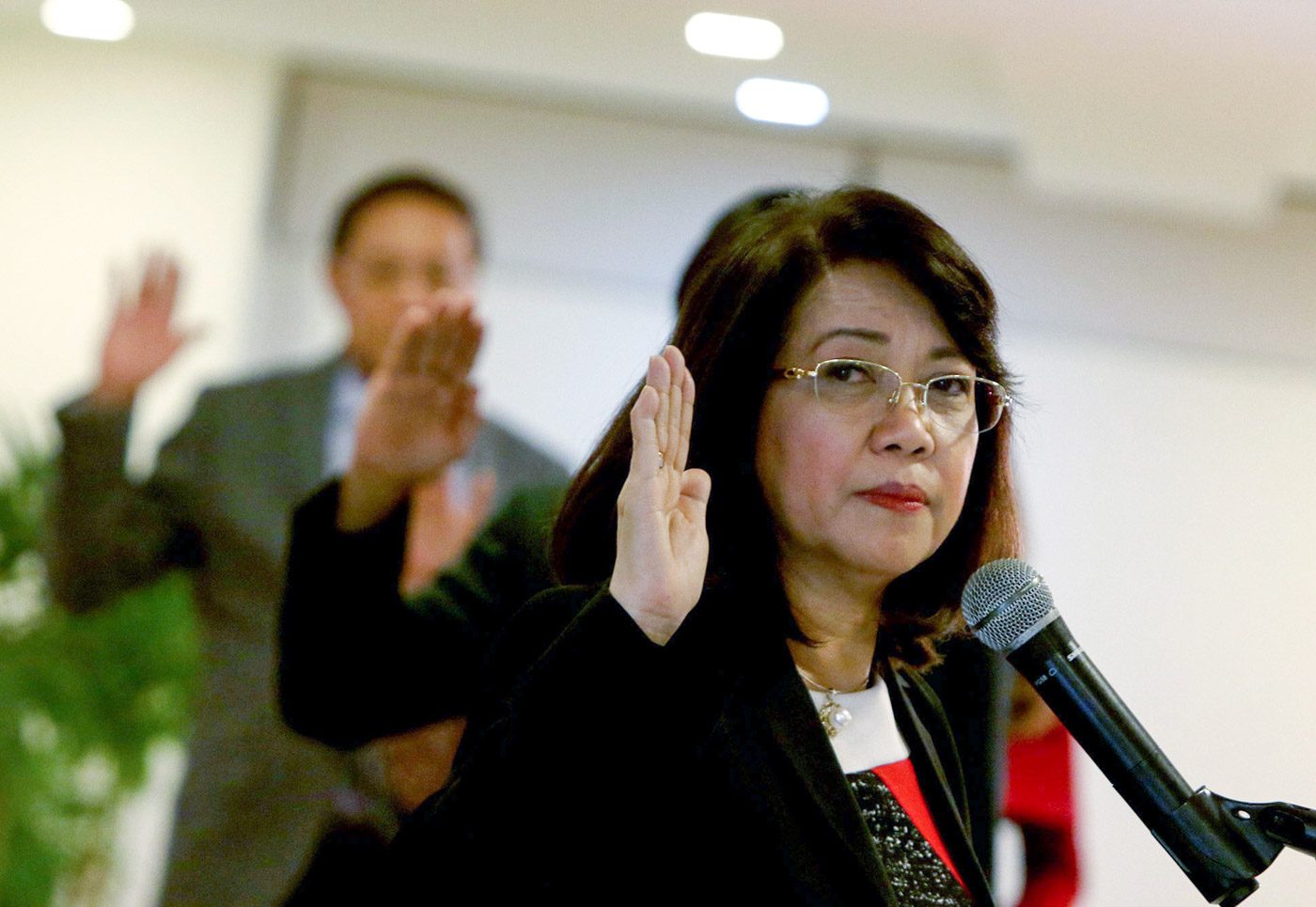 MANILA, Philippines – The camp of Chief Justice Maria Lourdes Sereno recovered additional Statements of Assets, Liabilities, and Net Worth (SALNs) from when she worked at the University of the Philippines (UP), so now she has 11 of them on file.

The recovery is expected to boost her defense that the SALNs were only missing because they were difficult to find, as against the accusation that she did not file them at all.

There’s a slight confusion because data from the House of Representatives’ impeachment proceedings stated she had a SALN from 2006.

But the list provided by the Sereno camp on Thursday, April 12, does not include 2006.

This can be explained by the debate between Sereno and Associate Justice Teresita Leonardo De Castro during the oral arguments last Tuesday, April 10. (READ: ‘Litany of falsehoods?’ The trouble with Sereno’s SALNs)

De Castro called out Sereno for using a SALN form with the header 2006 when she filed her entry SALN in 2010 upon appointment to the Supreme Court (SC) as associate justice.

“Because it was a downloadable form that has 2006 as a header that I forgot to delete. I had to fax immediately, I downloaded it, I filled it up, I sent it,” was Sereno’s explanation to De Castro.

That SALN was identified by the House proceedings and later, by the complaint filed by Larry Gadon, as the 2006 SALN. Sereno’s spokesperson Jojo Lacanilao confirmed the 2006 SALN is still missing.

The question now is whether the recovery of some of these SALNs would convince justices that Sereno did not violate any rules. The SC en banc will be deciding on a quo warranto petition to remove the Chief Justice from office – a process outside impeachment.

Associate Justice Noel Tijam earlier concluded that Sereno couldn’t find the SALNs because she really did not file them.

Non-filing is a criminal charge, while non-submission to the Judicial and Bar Council (JBC) when Sereno applied for chief justice in 2012 is being used as a ground to declare her appointment void. Both are grounds in the quo warranto petition to allege that she didn’t meet the integrity requirement to be a member of the court. (READ: Sereno comes out swinging in SC orals: Did it help her?)

“SALNs are only relevant to the question of integrity if the issue is ill-gotten wealth. There is no allegation in the petition that the Chief Justice has any such ill-gotten wealth,” Lacanilao said.

Lacanilao added that Sereno has declared all of her assets since she began filing SALNs as an SC justice. It includes her millions of pesos in earnings as a top corporate and trade lawyer in the years since she resigned from UP to her appointment to the High Court.

This covers P30.3 million in earnings before taxes for legal services rendered for the government in the controversial Philippine International Air Terminals Company Incorporated (Piatco) case, from 2003 to 2008, according to her camp.

“Since CJ Sereno earned that money from government from a period of 5 years, that means much of it has already been spent, and part of it was invested in assets that are now declared in her SALN since 2010,” Lacanilao said.

Sereno and Solicitor General Jose Calida will submit their memoranda to the SC on April 20, after which the en banc will resolve whether to oust the Chief Justice via quo warranto.

If Sereno is saved by her colleagues, she then has to face impeachment. President Rodrigo Duterte has already called on Congress to fast-track the process. – Rappler.com