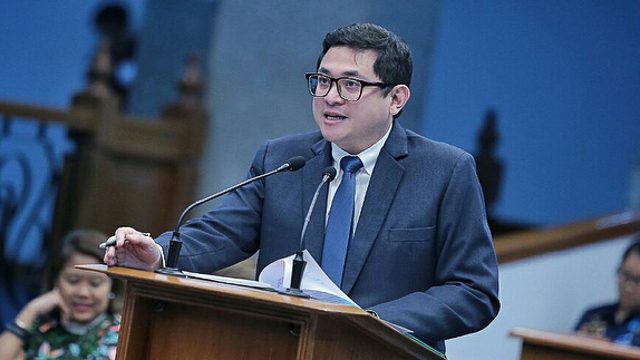 MANILA, Philippines – A Philippine senator on Saturday, April 14, lauded Facebook for partenering with Rappler and Vera Files for a local third party fact-checking program, saying it showed the social media giant’s effort to stemp the proliferation of false news.

“We’re glad Facebook has decided to enter into a local fact-checking coalition in the aftermath of its failure to protect millions of personal data from being exposed,” Senator Benigno Paolo “Bam” Aquino said in a press statement on Saturday. (READ: Facebook partners with Rappler, Vera Files for fact-checking program)

“With disinformation spreading like wildfire through social media, it’s encouraging to see Facebook take a stronger stance on this issue and partner with agencies that are genuinely fighting fake news,” Aquino added.

He was referring to the global data privacy scandal involving Facebook and Cambridge Analytica.  The analytics firm allegedly harvested the data of millions of Facebook users for use with Donald Trump’s presidential campaign.

The company used data collected via a quiz app on Facebook. The data used would split up voters based on their personalities and behavior for the purpose of targeting those with specific content that would likely influence their behavior. (READ: Did Cambridge Analytica use FIlipinos’ Facebook data to help Duterte win?)

Aquino has been vocal against the spread of false news on Facebook during the Senate hearings on the proliferation of fake news in the country last year.

On April 12, Facebook announced that it would partner with Rappler and Vera Files for a 3rd party fact-checking program in the Philippines. The two groups were verified by a non-partisan International Fact-Checking Network and will check news stories on Facebook for accuracy. – Rappler.com