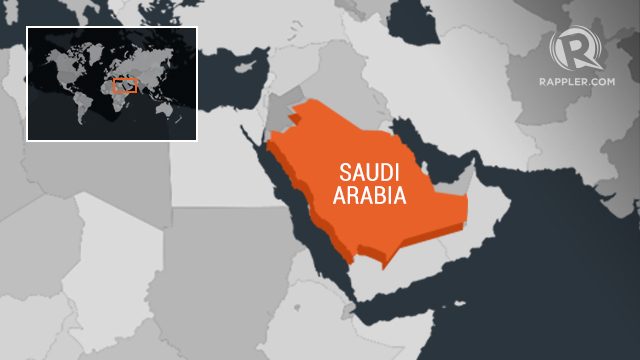 Facebook Twitter Copy URL
Copied
The DFA says Agnes Mancilla, an OFW in Saudi Arabia, 'remains in serious but stable condition' after her employer allegedly made her swallow household bleach

Mancilla, a household service worker, “remains in serious but stable condition at the King Fahad Central Hospital in Jizan” in southwestern Saudi Arabia, said the DFA in a statement on Monday, April 16.

Consul General Edgar Badajos said the Philippine Consulate General in Jeddah spoke with authorities in Jizan “to make sure the appropriate charges were filed” against Mancilla’s employer, whom the police arrested.

“We would like to assure our kababayans (countrymen) that we are working closely with authorities in Jizan to make sure that justice will be given to Agnes Mancilla,” said Consul General Edgar Badajos in a news release issued by the DFA.

The DFA said concerned Filipinos rushed Mancilla to the hospital on April 2 after her employer allegedly made her swallow household bleach.

The DFA said Mancilla underwent a surgical incision called laparotomy “to flush out the bleach from her stomach.” Doctors “also found burn marks” on Mancilla’s back.

Badajos said Mancilla has worked in Saudi Arabia since 2016 “but was repeatedly physically abused by her lady employer and was not being paid her salary.”

On Saturday, April 14, Duterte welcomed home OFW Pahima Alagasi, also from Saudi Arabia, who was scalded by her employer 4 years ago.

Mancilla’s case comes after President Rodrigo Duterte banned the deployment of OFWs to another Middle Eastern country, Kuwait, because of the case of an OFW found dead in a freezer there. – Rappler.com