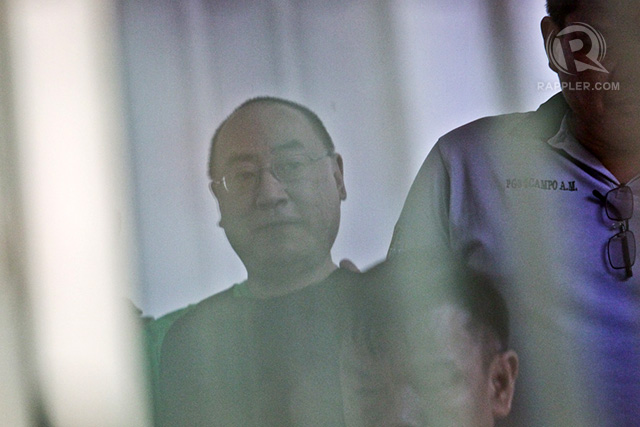 The Court voted 7-5-2 on Tuesday to downgrade the charges against Lee.

“As a consequence, the respondent Lee, who is the accused in the cases, is entitled to bail as a matter of right,” Court Spokesman Theodore Te said in a news conference on Tuesday.

Estafa under Article 315 of the Revised Penal Code is a bailable offense.

But, under Presidential Decree 1689, if estafa is committed “by a syndicate consisting of 5 or more persons formed with the intention of carrying out the unlawful or illegal act, transaction, enterprise or scheme and the defraudation results in the misappropriation of money contributed by stockholders, or members of rural banks, cooperatives, ‘samahang nayon(s)’ or farmers’ associations, or of funds solicited by corporations/associations from the general public,” then it becomes syndicated estafa punishable by life imprisonment.

The Department of Justice (DOJ) filed in 2014 the syndicated estafa charges against Lee.

Lee owns Globe Asiatique, which is accused of using ghost borrowers for P6.6 billion worth of housing loans from Pag-IBIG Fund in 2009.

A total of 5 people were charged but the Court of Appeals (CA) cleared one, bringing the number of respondents down to 4. The CA said Lee could no longer be prosecuted for syndicated estafa, which “must be committed by 5 or more persons.”

Several homeowners of GA properties in Pampanga, Xevera Mabalacat and Xevera Bacolor, said they risk losing their houses because of the so-called scam. For years, they urged the SC to resolve the issue.

In 2013, the CA ordered that Lee’s trial be terminated and the arrest warrant against him be recalled. But then justice secretary Leila de Lima insisted the arrest was still valid because the CA decision could still be appealed.

That’s when the DOJ challenged the CA decision before the SC. – Rappler.com