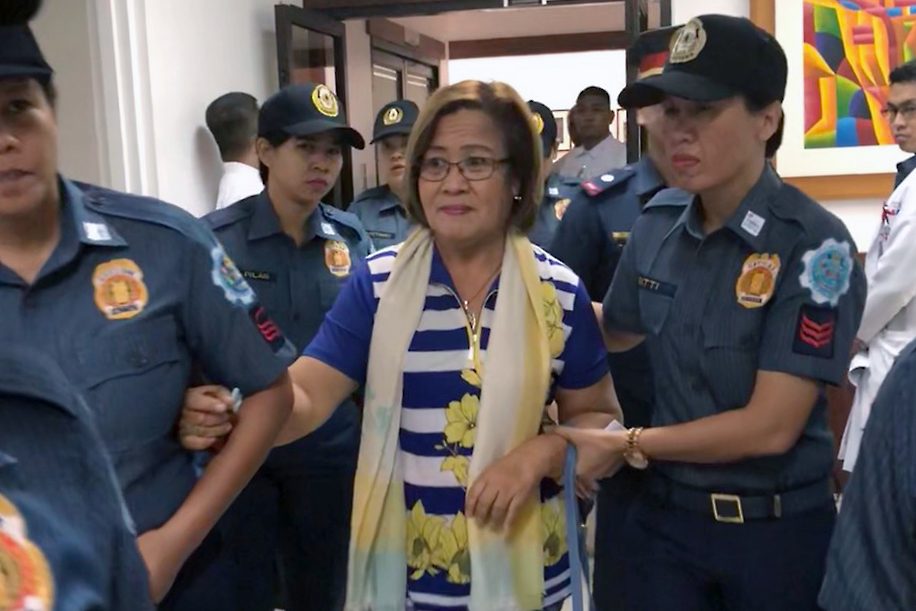 “The Court voting unanimously declared Department of Justice (DOJ) Department Circular No. 41 as unconstitutional for being violative of the right to travel under Article III, Section 6 of the 1987 Constitution,” SC Spokesman Theodore Te said in a news conference on Tuesday at the SC branch in Baguio.

DOJ Circular No. 41 was De Lima’s basis as then justice secretary to put Arroyo on a watchlist and bar her from leaving the airport in 2011. De Lima then clashed with the Supreme Court (SC) which issued a temporary restraining order (TRO) against the watchlist order at the time.

The watchlist order was due to a pending electoral sabotage case against Arroyo, which was eventually dismissed.

“The Court, in interpreting Article III, Section 6, determined that there was no legal basis for Department Circular No. 41 because of the absence of a law authorizing the Secretary of Justice to issue Hold Departure Orders (HDO), Watch List Orders (WLO), or Allow Departure Orders (ADO),” Te added.

Department Circular No. 41 was signed by De Lima’s predecessor, acting justice secretary Alberto Agra. It empowered justice secretaries to issue HDOs and WLOs, which are typically issuances that only courts can do.

Individuals issued with HDOs and WLOs under the circular by the justice secretary had to secure an Allow Departure Order (ADO) to be able to leave the country.

Former justice secretary Vitaliano Aguirre II issued what is called Immigration Lookout Bulletin Order (ILBO) which alerts immigration authorities about the movement of certain personalities, but does not prevent them from leaving the country.

Asked if the SC decision could be used by Arroyo to pursue charges against De Lima, Te said he would not speculate. – Rappler.com