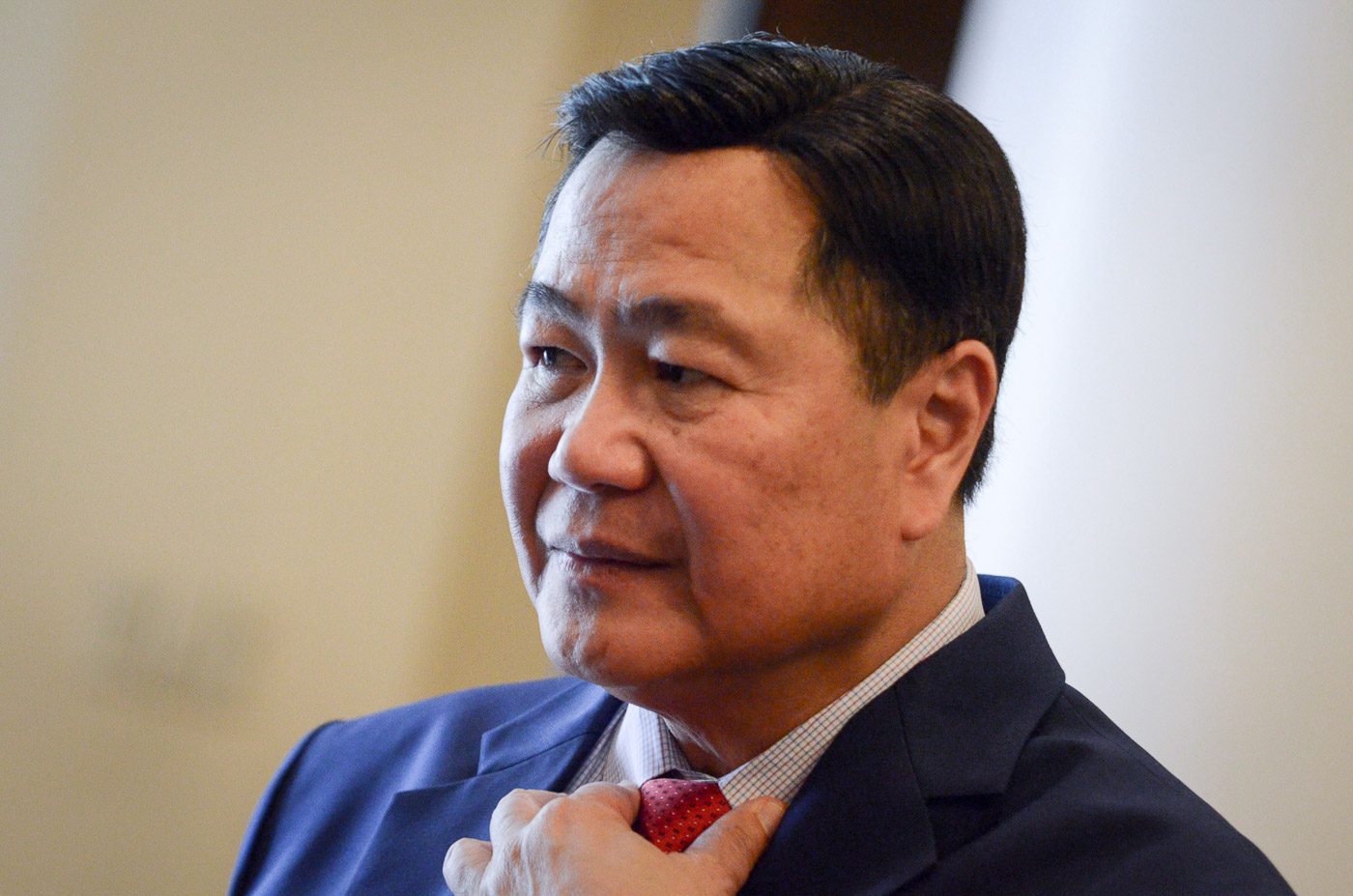 Facebook Twitter Copy URL
Copied
The Supreme Court en banc will hold a special session on May 17, a Thursday

“We hope to decide as soon as we can. I cannot talk on that yet but we hope to finish it by end of May. By next month we should be able to decide it,” Carpio told reporters on Thursday, April 19, at the Quezon City Hall of Justice on the sidelines of the launch of the Find Justice PH app.

A source told Rappler that the en banc will hold a special session on May 17 to vote on the petition.

Sereno and Solicitor General Jose Calida are due to submit their memoranda to the SC on Friday, April 20.

The en banc will hold their last summer session in Baguio City on April 24, and will be back in Manila in time for a special session on April 26 for the release of the 2017 Bar Examination results.

The entire month of May is supposed to be their writing break.

Since the historic – and tense – oral arguments where Sereno engaged in fierce debates with her colleagues, her camp has presented to the media recovered Statements of Assets, Liabilities, and Net Worth (SALNs).

Sereno now has 11 SALNs on file from her time as professor at the University of the Philippines (UP).

Sereno said the 10-year-rule is a “self-serving” rule, referring to Associate Justice Teresita Leonardo De Castro whom she accuses of missing SALNs outside the 10-year timeframe.

Calida slammed the presentation of recovered SALNs as “futile attempts to veer away from the truth.”

“The burden now shifts to Sereno, who must offer evidence that she indeed filed her SALNs,” Calida said.

The question now is whether Sereno’s performance in the oral arguments, the recovery of additional SALNs, and the memorandum she will file, will do anything to convince the justices to rule in her favor.

As Petitioner, the Republic has the "burden of proof" to establish that Sereno failed to file her SALNs.

This certification from the UP HRDO is proof enough.

The burden now shifts to Sereno, who must offer evidence that she indeed filed her SALNs. pic.twitter.com/aA0gW1UmfW