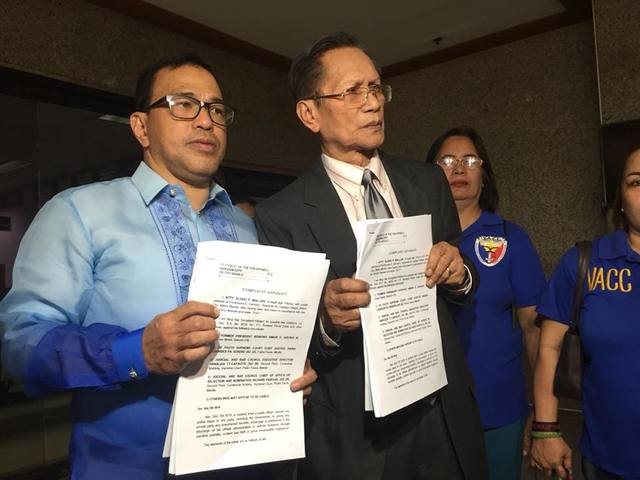 MANILA, Philippines – Another member of the Volunteers Against Crime and Corruption (VACC) has been appointed as commissioner of the Presidential Anti-Corruption Commission (PACC).

President Rodrigo Duterte signed the appointment papers of Lawyer Manny Luna on Tuesday, April 17 but the documents were released to the media on Thursday, April 19.

Luna was among the lawyers who filed a complaint against former president Benigno Aquino III, Chief Justice Maria Lourdes Sereno, and Judicial and Bar Council officials over Sereno’s appointment in 2012.

Duterte had earlier declared Sereno as his “enemy” and called for her ouster.

Luna was also one of the lawyers who filed a complaint accusing Senator Antonio Trillanes IV of inciting to sedition. Based on the complaint, the Pasay City Prosecutor’s Office filing charges against the staunch Duterte critic.

Duterte signed Mercado’s appointment papers on Tuesday, April 17. Mercado, a graduate of the University of the Philippines College of Medicine, served as health undersecretary during the Estrada administration.

She had also worked at the World Health Organization for 15 years, at one point becoming the highest-ranking Filipino official there. She oversaw over 15 public health programs in 36 countries in the Western Pacific through her Division on Non-communicable Diseases.

Mercado was also known for co-hosting GMA7’s public service program, Kapwa Ko, Mahal Ko. Through its foundation, she has helped raise funds for the medical expenses of poor patients.

She is also the second wife of radio broadcaster and former senator Orlando Mercado.

Duterte also appointed actor Johnny Revilla as a member of the Movie and Television Review and Classification Board.  – Rappler.com