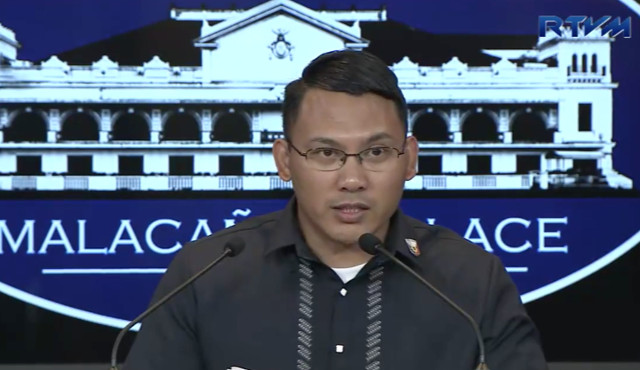 MANILA, Philippines – After 15 years, the National Youth Commission (NYC) is ending its partnership with the Ten Accomplished Youth Organizations (TAYO) Awards, which has recognized outstanding youth groups and is co-organized by the office of Senator Paolo Benigno Aquino IV.

The decision to cut ties and funding for TAYO was made by the NYC under its new officer-in-charge, Ronald Gian Cardema, who was also Duterte Youth chairman.

“The National Youth Commission has decided to stop its partnership with the Office of Senator Bam Aquino for his TAYO Youth Awards,” Cardema said on Thursday, April 19, during a Malacañang press conference.

He said this was decided during an NYC meeting earlier this month. The commissioners decided that the P1.7 million that goes to the TAYO Awards would be better spent on creating a new youth award named after President Rodrigo Duterte.

“We have decided that instead of contributing these government funds from the OP-NYC to the private youth awards of Senator Bam Aquino, we will just establish our own government youth awards to be called, ‘The President Rodrigo Roa Duterte Youth Leadership Awards,'” said Cardema.

This new award will go to “outstanding youth leaders and youth organizations throughout the country,” and possibly to groups of young overseas Filipino workers.

It’s not clear how different this new set of awards will be from the 15-year-old TAYO Awards. The TAYO Awards recognizes youth groups that helped their communities through innovative projects.

The awards are given out based on 5 categories: education and technology; health, well-being, and human development; environment, disaster risk reduction, and climate change adaptation; livelihood and entrepreneurship; and culture, arts, and heritage.

No more focus on LGBT

The NYC, under Cardema, will also no longer have the same focus on lesbian, gay, bisexual, and transgender (LGBT) issues as it wants to “redirect its programs and activities towards the desired policies of President Duterte,” he said.

“We are the National Youth Commission, not an LGBT commission. We are here to serve the tens of millions of Filipino youth, not only a specific sector within that big youthful population,” he added.

He denied this change had anything to do with the resignation of Ice Seguerra, the first NYC chairperson under Duterte. Seguerra resigned last month. Among his main advocacies as NYC chief was HIV/AIDS awareness.

Instead, the NYC wants to promote the mandatory Reserved Officers Training Corps (ROTC) the President is pushing for. (READ: Duterte shares the trick that got him out of ROTC)

Through military reservist training for Filipino youth, Cardema said the NYC “will be able to spread and inculcate nationalism faster and prepare an entire youthful generation of this country towards nation-building.” – Rappler.com