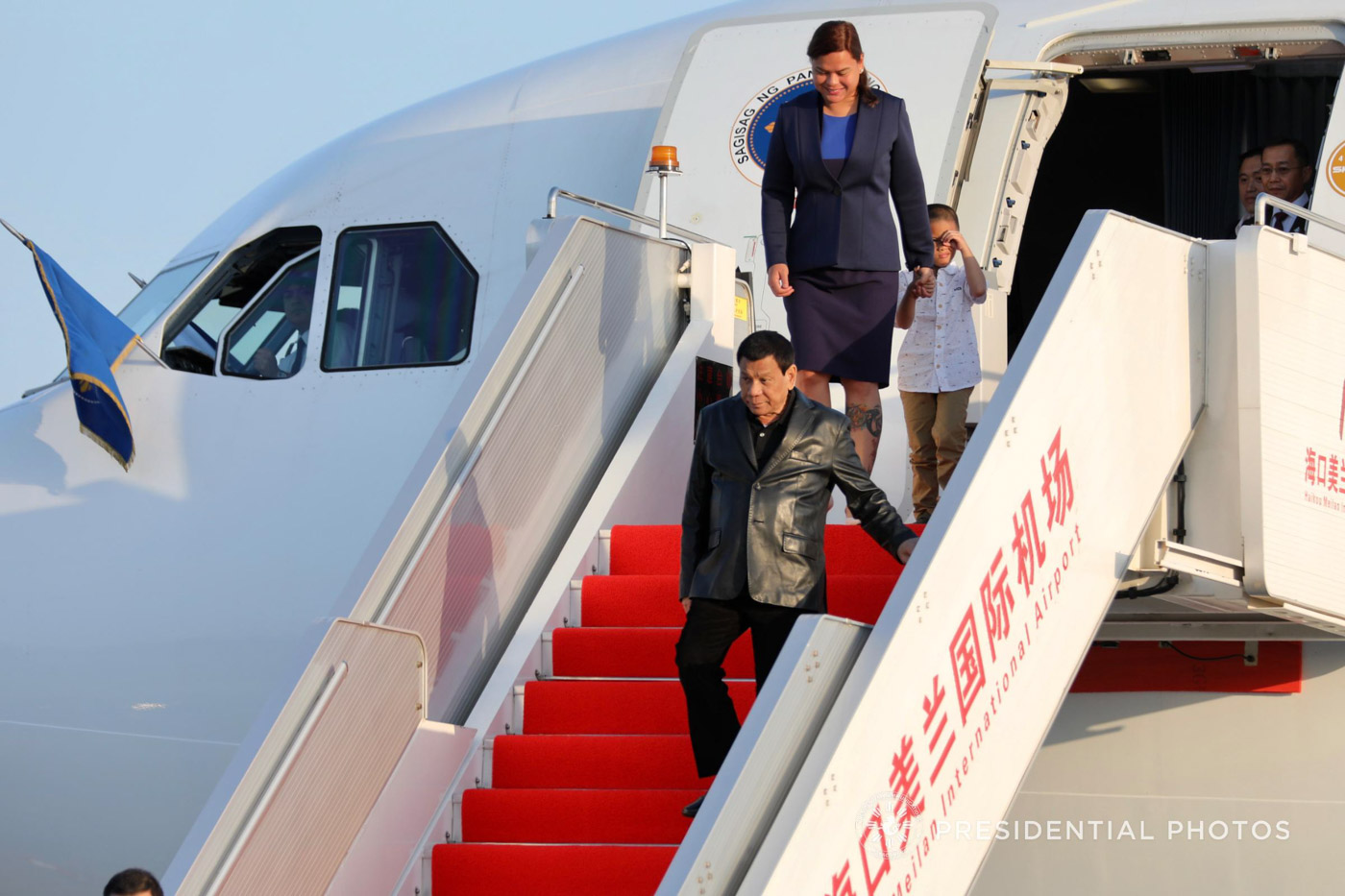 MANILA, Philippines – President Rodrigo Duterte plans to take an 8-seater plane to Singapore and bring with him a smaller delegation when he flies to the city-state to attend a regional summit, said Malacañang.

Presidential Spokesperson Harry Roque, on Monday, April 23, said this is in order to shave off government costs.

“To save money! It’s expensive to charter a plane. And a leaner delegation will mean lesser cost for the taxpayer,” he said during a Palace press conference.

“The private plane is an 8-seater plane, so it’s a very small plane,” he added.

Duterte is set to visit Singapore from April 26 to 28 to attend the 32nd Association of Southeast Asian Nations (ASEAN) Summit.

The President and his official delegation typically charter a Philippine Airlines plane during official foreign trips. A Rappler investigative story showed that, during his first year in power, Duterte spent thrice what his predecessors did in foreign travels.

One contributing factor to the high cost was his large delegation.

“It’s a very small team that will fly with him and it’s a lot cheaper compared to chartering a whole, an entire Philippine Airlines plane,” said Roque.

Malacañang has yet to send to Philippine media the official delegation list for the Singapore trip. But Roque said Duterte’s companions in the 8-seater private plane will be his close-in staff.

“I think other than SAP (Special Assistant to the President) Go, all the other people in the plane will be staff complement of the President, including a nurse, things like that,” said the spokesman.

During his presidential campaign, Duterte counted on friends like Archie Po and Pastor Apollo Quiboloy for private planes and helicopters to take him to sorties all over the country. – Rappler.com