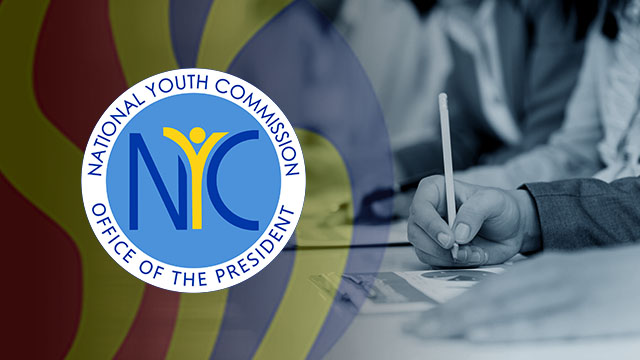 MANILA, Philippines – The National Youth Commission (NYC) hired consultants for the Sangguniang Kabataan (SK) without complete documents, and has so far failed to sanction consultants whose deliverables were delayed.

These were the observations of the Commission on Audit (COA) in its 2017 audit report on the NYC.

The NYC was under chairperson Ice Seguerra for 2017, until he resigned last April. He was replaced by Ronald Gian Cardema, who is also head of the group Duterte Youth.

Nearly P2.5 million worth of consulting contracts were awarded by the NYC without supporting documents, COA said.

“We audited 37 Disbursement Vouchers (DVs) pertaining to the payments of these consulting contracts amounting to P2,495,052.20 and revealed to have incomplete supporting documents,” state auditors said in their report.

The questioned consultancy contracts were for 8 programs. Out of the 8, two were related to the SK.

“The absences of the above documents were contrary to Section 4 of Presidential Decree 1445 and Section 9.2 of COA Circular No. 2012-001 and as a result thereof, the auditor could not establish the validity and regularity of the expenses incurred for consultancy services,” COA said.

The NYC had committed to submit the lacking documents, according to COA.

But COA also flagged P137,942 worth of deliverables from consultants which were delayed.

COA added: “We recommended that management request for refund from the consultants and henceforth to impose liquidating damages on the delays incurred for the submission of stipulated services as provided for in each contract of consulting services.”

COA also found that 9 key trainings in 2017 for the implementation of the SK manual were either delayed, or not implemented at all.

The report did not mention if there were funds wasted for the non-implementation of activities, but COA noted that the trainings could have been “the most cost effective way to increase productivity and improve your bottom line.” (READ: Perks of Sangguniang Kabataan officials)

COA said the trainings could have been effective in evaluating the efficiency of the SK manual.

In response, the NYC said the non-implementation “was due to the postponements” of the barangay and SK elections.

“However, the audit team does not agree with management’s claim since the printing of the SK Operations Manual was implemented though said election was postponed,” COA said.

In COA’s notes on the NYC’s financial statements, there were dramatic increases in SK expenses in 2017.

“The relevant increase of Traveling Expenses-Local, Training and Scholarship Expenses, Fuel, Oil and Lubricants Expenses, and Printing and Publication Expenses accounts were due to the expenses incurred in the conduct of SK Mandatory Training and Continuing Education Program,” COA said.

SK is the foremost priority of the NYC this year, with the elections set for May 14.

Out of the 126 meetings they held last year, 112 were not official. The snacks they spent for those unofficial meetings amounted to P268,068.

Petty cash vouchers, COA said, were either unsigned or without office orders.

“We recommended and management agreed to strictly observe prudence in the use of government funds by ensuring that meals and snacks be served only for authorized meetings and related activities,” the commission said. – Rappler.com