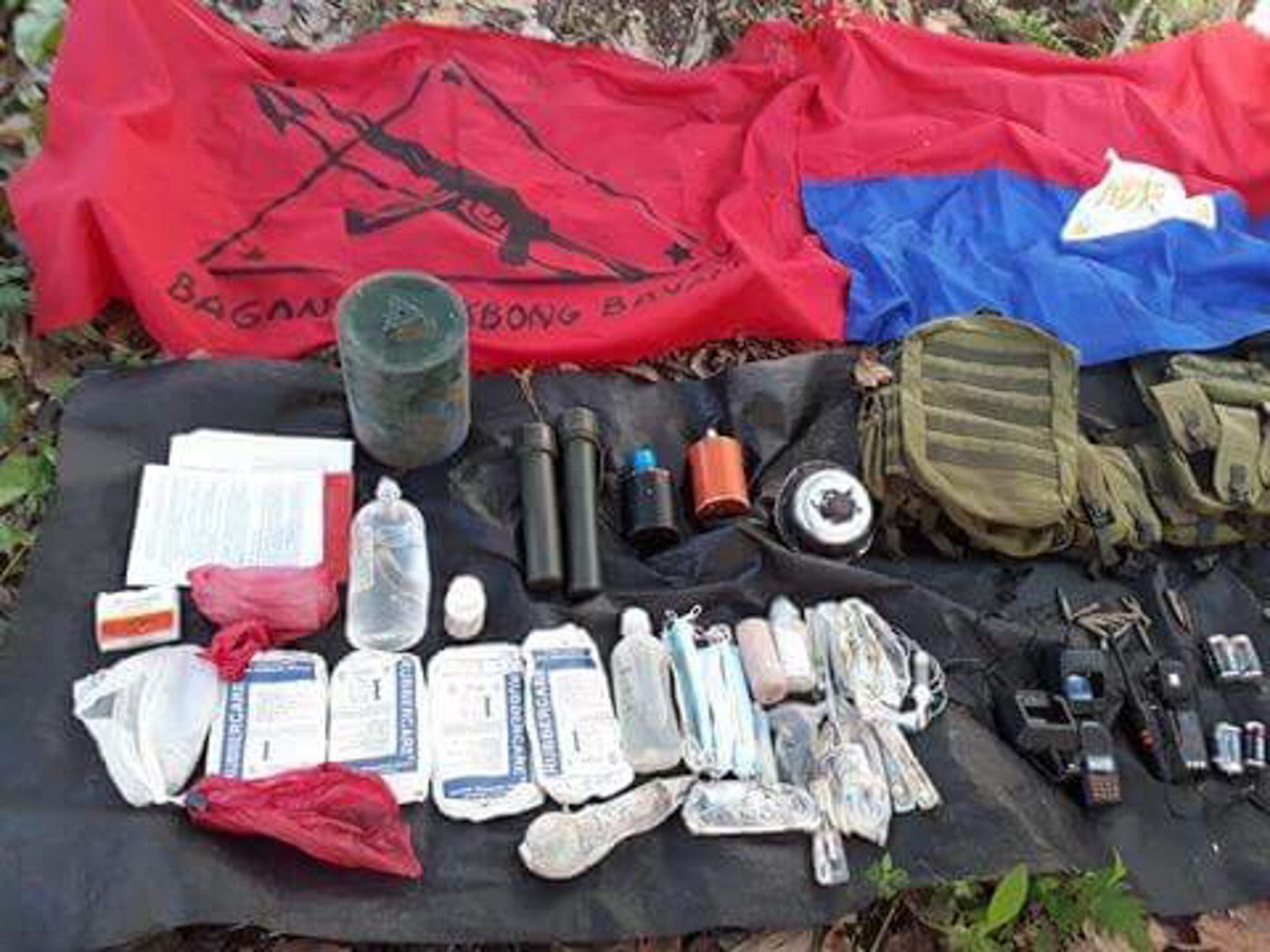 DAVAO CITY, Philippines (UPDATED) – A child soldier was among communist guerrilla fighters killed during an encounter in Davao del Sur on Saturday, April 21.

The news about the death of the child soldier, whom the military claims to be recruit of the New People’s Army, only surfaced Monday, April 23, two days after a reported encounter between government troops and the communist rebels at Sitio Bayongon, Barangay Astorga in Sta. Cruz, Davao del Sur.

“Ondo’s cadaver was recovered after the encounter with an M16 rifle and clad in black NPA uniform,” said Madrigal.

“We condemn the practice in strongest term and challenge the NPA terrorists to spare them,” said the commander.

“Let children be children, and allow them to play, learn, enjoy and experience the beauty of being a child and spare them from indoctrinating hatred and violence,” Madrigal added.

Earlier on April 22, the military said NPA leader Julito Pueblas was among those killed in the encounter.

Pueblas, according to Eastmincom spokesperson Maj. Ezra Balagtey, was “responsible for atrocities and coercion” in the Davao province. He allegedly led the Sentro De Grabidad of Guerilla Front 51 of the NPA in Mindanao.

The military said they also captured Jessa Lumana during the incident. Lumana is facing criminal charge and is detained at the Sta. Cruz Municipal Police Station.

Identifying herself as Marissa Ando in a phone interview, she said “the military is trying to appear that my son was an NPA.”

“They want to put his death into a closure so things would be over,” she added.

What actually happened on April 21, she said, was that the child was with his uncle and counsin at their farm to take coconuts when the military fired at her son with a sniper.

Ando was in Makilala to attend a church fellowship activity on Saturday when the incident happened. – Rappler.com