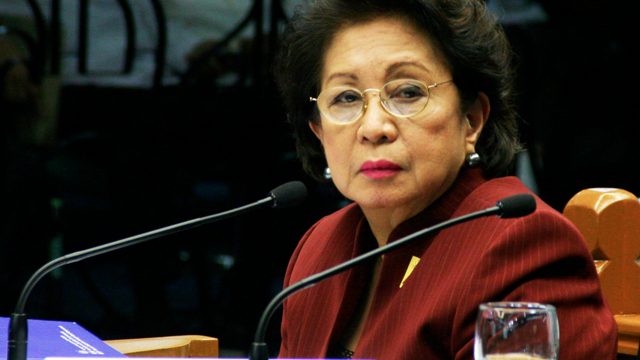 The SC dismissed petitions to remove Morales as Ombudsman for supposedly overstaying.

Former Metro Rail Transit general manager Al Vitangcol III asked the SC to remove Morales, saying she should have served as Ombudsman for only a year. Morales was appointed by then President Benigno Aquino III in 2011, after Merceditas Gutierrez resigned.

Because Gutierrez was supposed to serve until 2012, Vitangcol said Morales should have served only the remainder year of Gutierrez.

It was an argument echoed by President Rodrigo Duterte, when he publicly threatened Morales’ “precarious hold in office.”

On Tuesday, SC Spokesman Theodore Te said in a news conference: “As provided in Article XI, Section 11 of the 1986 Constitution, Sections 7 and 8(3) of Republic Act No. 6770, the Ombudsman is appointed to a full term of 7 years without reappointment and not simply the unexpired portion of the predecessor.”

Morales will retire in July.

Vitangcol filed the petition before the SC in October 2017, a month after Morales crossed Duterte again when the Office of the Ombudsman launched an investigation into the first family’s alleged undeclared bank accounts.

Despite Malacañang’s suspension of Carandang, he continues to report for office. It is unclear whether issues have been settled between the two offices. Carandang’s 7-year term will expire in 2020. – Rappler.com