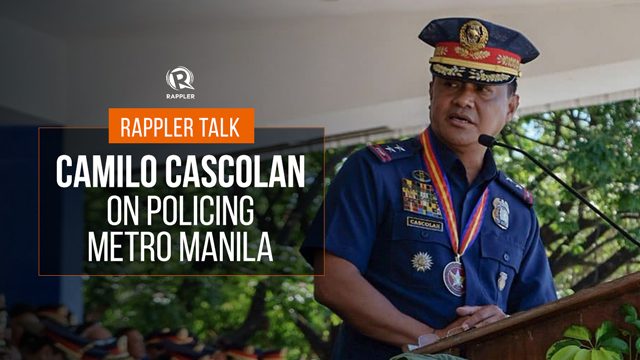 Bookmark this page to watch the interview at 3 pm on Wednesday, April 25

MANILA, Philippines – Where there is a concentration of people, money, and inequality, there is crime – and there is no other region as abundant in all 3 as the National Capital Region.

Aside from crime, too, police in Metro Manila face trouble within their ranks. No less than President Rodrigo Duterte described Metro Manila police as a “pain in the ass.”

Rappler speaks to the region’s police chief, National Capital Region Police Office (NCRPO) Director Camilo Cascolan, on how he plans to police the country’s most developed, most populous, and most crime-ridden region. Watch the interview on Rappler. – Rappler.com