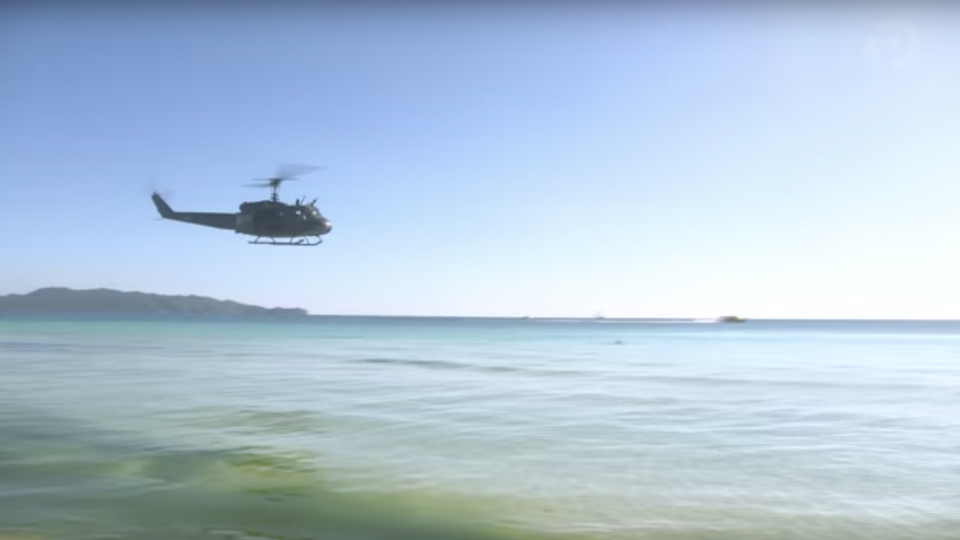 AKLAN, Philippines – A military chopper is seen flying over the algae-tinged shores of Boracay Island on Wednesday, April 25.

On the eve of the famous island resort’s closure to the public, officials said that security in the island is guaranteed as military and police will exercise “maximum security”.

Even before the actual closure, police and military presence in the island was already strong.

Around 600 policemen have been deployed for the shutdown. Military and police manned the entry and exit points of the island. (WATCH: Gov’t simulates terror attack, hostage-taking in Boracay)

The rehabilitation works will proceed as planned, despite the absence of an official written order on the Boracay closure. – Rappler.com