Apr 26, 2018 3:04 PM PHT
Sofia Tomacruz
Facebook Twitter Copy URL
Copied
When asked if Senate President Aquilino Pimentel III will step down once he files his certificate of candidacy for the 2019 elections, Senate Majority Leader Vicente Sotto III says there have been discussions 'to that effect' 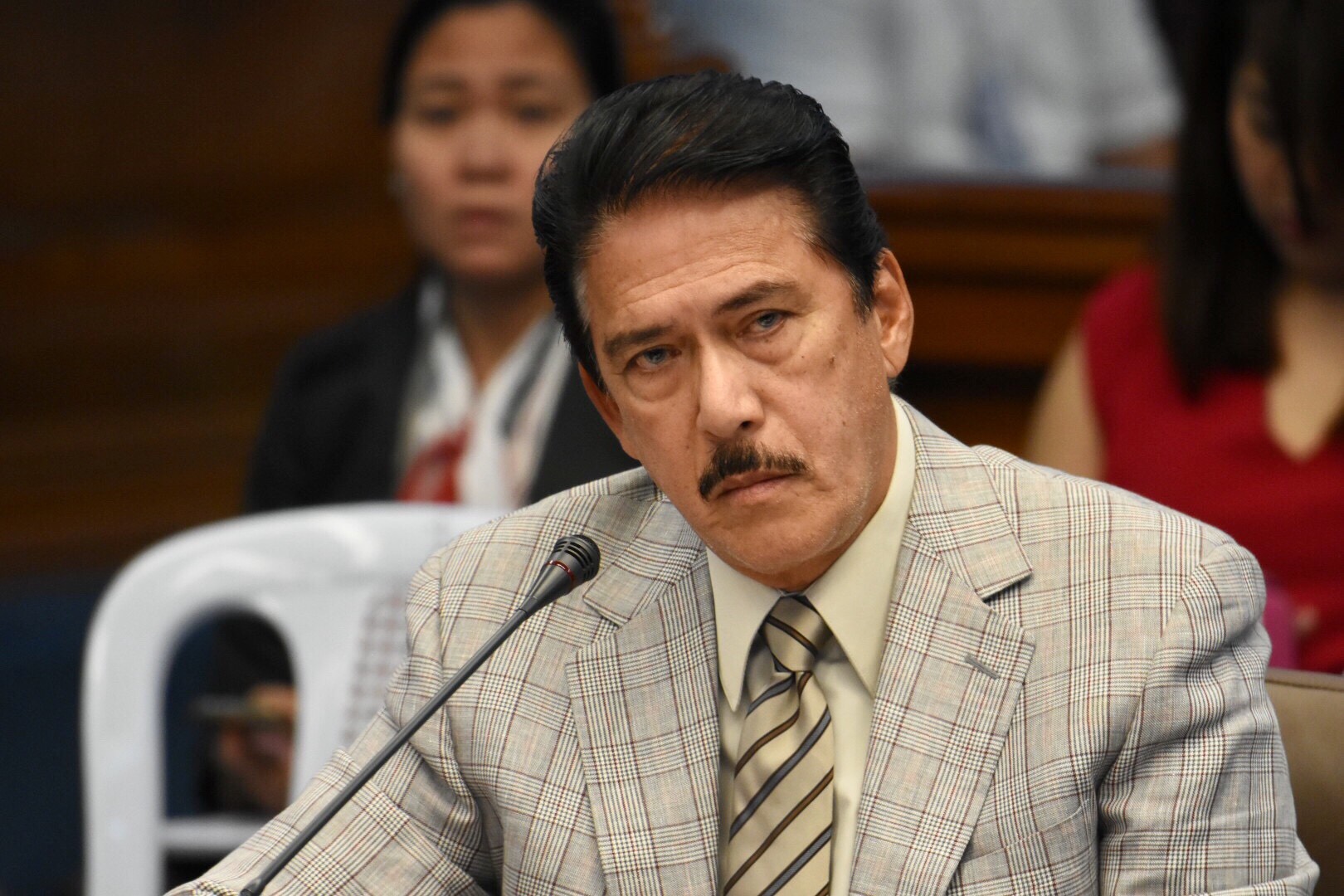 MANILA, Philippines – Senate Majority Leader Vicente Sotto III said on Thursday, April 26, that he is ready to become the next Senate president if his colleagues vest him with the responsibility.

“I’m open to that if they offer it or they will give it to me. Sino naman ako para tumanggi? (Who am I to refuse),” he said at the weekly Kapihan sa Senado, in response to questions.

When asked if Senate President Aquilino Pimentel III would step down once he files his certificate of candidacy for the 2019 elections, Sotto said the discussions that took place were “something to that effect.”

Sotto also said some of his fellow senators asked him to become Senate president at the start of the 17th Congress. However, they decided it was best to have someone from the same political party as President Rodrigo Duterte.

“We wanted a smooth relationship [with Malacañang], although independent. We wanted a partymate [of the President] to lead the Senate,” he said.

Pimentel is president of ruling party PDP-Laban while Duterte sits as its chair.

As early as August 2017, Pimentel had been saying that he might have to rethink the Senate presidency as he would be focused on his reelection bid next year.

In a Rappler Talk interview in August last year, Pimentel was asked if he would rethink the Senate presidency because of the 2019 elections.

“There might come a time when I need to concentrate now on my reelection but we’re still far from that period of time. But theoretically, you are correct – there might come a time when you need to rethink where to focus because being Senate president has its own responsibilities. You also have your needs and plans as senatorial candidate,” he said then. – Rappler.com