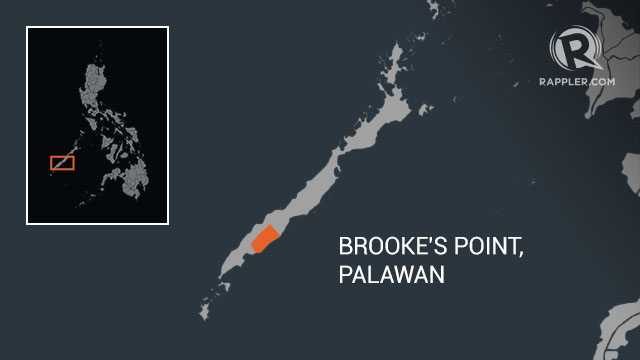 The mining firm accused Feliciano of violating the Anti-Graft and Corrupt Practices Act, the Code of Conduct and Ethical Standards for Public Officials and Employees, and the Philippine Mining Act of 1995.

The complaints, which were filed before the Office of the Ombudsman, stem from Feliciano’s refusal to accept INC’s occupational fee payment amounting to P212,700 in relation to the company’s Mineral Production Sharing Agreement (MPSA) with the government for the period covering December 7, 2017 to December 8, 2018.

Ferdinand Libatique, INC’s resident mine manager, said acting Municipal Treasurer Emma Tabangay – also named as one of the respondents  – “refused to accept the payment on orders of Feliciano.”

He claimed the INC had presented Tabangay a a letter from the Mines and Geosciences Bureau and the Department of Environment and Natural Resources (DENR) MIMAROPA, directing her to allow INC to pay the said fees.

“Mayor Feliciano issued the memorandum order with evident bad faith and manifest partiality and with the active and indispensable participation of  Acting Municipal Treasurer Tabangay,” Libatique said in a statement.

The mayor issued the order due to the DENR’s cancellation of the company’s Environmental Compliance Certificate (ECC), the cease and desist orders from the DENR and the municipal government, and for operating without a mayor’s permit. (READ: DENR sues mining firm for illegal tree cutting)

Libatique argued that the ECC cancellation was put on hold when INC filed a Motion for Reconsideration at the DENR and subsequent Notice of Appeal/Memorandum of Appeal before the Office of the President.

“The same goes for the other grounds cited by Mayor Feliciano in her memorandum order as they are subject of pending administrative proceedings. More importantly, at no time has the MPSA been revoked or suspended by the government or any of its agencies,” he added. (READ: DENR issues show cause order vs Palawan mining firm)

For Libatique, the mayor’s move was meant “to harass INC and its personnel into submission and prevent them from exercising their rights and obligations under the MPSA, obstruct the MGB in the enforcement of its power under the Philippine Mining Act of 1995 to enforce collection of fees, defeat the government mining project, and flout the law to further their own anti-mining interests.” (READ: Mayor leads demolition of mining facility in Palawan town)

“Considering the gravity of the offenses committed by respondents and their continuing defiance of the laws and rules, we are hoping they will be perpetually barred from holding any other government position in any capacity,” he added.

Feliciano remained unfazed by what she considered as strategic lawsuit against public participation (SLAPP) suits against her.

“All cases filed by INC are SLAPP suits intended to harass me in my pursuit to protect the environment and enforce environmental laws,” she told Rappler in a text message on Friday, April 27.

The staunch anti-mining mayor maintains that her actions were well “within the powers of a local chief executive as provided in the Local Government Code and for the promotion and protection of the general welfare.”

“They can file cases but they can never change or shake my resolve to protect the environment at all costs,” Feliciano said. – Rappler.com