Vietnam PM tells Duterte they can supply PH with rice 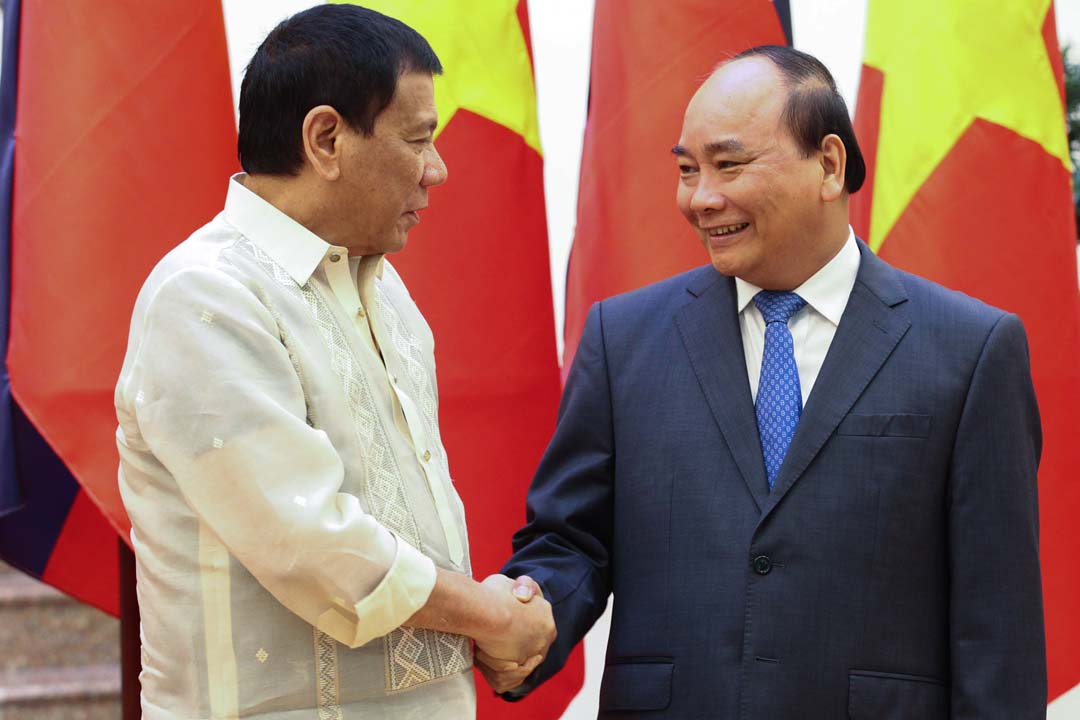 Phuc made this commitment in a bilateral meeting with Duterte on the sidelines of the Association of Southeast Asian Nations (ASEAN) Summit held in Singapore.

“Nanindigan po ang Vietnam na susuplayan nila tayo ng bigas ‘pag tayo’y nangangailangan, at susuplayan nila tayo sa mababang halaga at sa mabuting kalidad ng bigas (Vietnam asserted that they can supply us with rice if we need it, and they will supply us at an affordable price and with a good quality),” said Presidential Spokesperson Harry Roque in a press briefing in Singapore at around 7:20 pm on Friday.

Duterte’s statement to Phuc sends a message to critics like Acting Chief Justice Antonio Carpio, according to Roque.

Carpio has been asserting that the issue of the West Philippine Sea is no longer a question of ownership but of China’s compliance with the decision of the arbitral tribunal.

“The tribunal has already ruled with finality. There’s no appeal. We are the owners of the resources there. There is no legal dispute as to the ownership of the oil, fish, and gas. It belongs exclusively to the Philippines,” the acting chief justice had previously said.

During his meeting with Phuc, Duterte also “appealed for humanitarian assistance” in favor of a Filipino captain “who has been detained in Vietnam since 2016 for alleged illegal cross-border transport of goods.” – Rappler.com