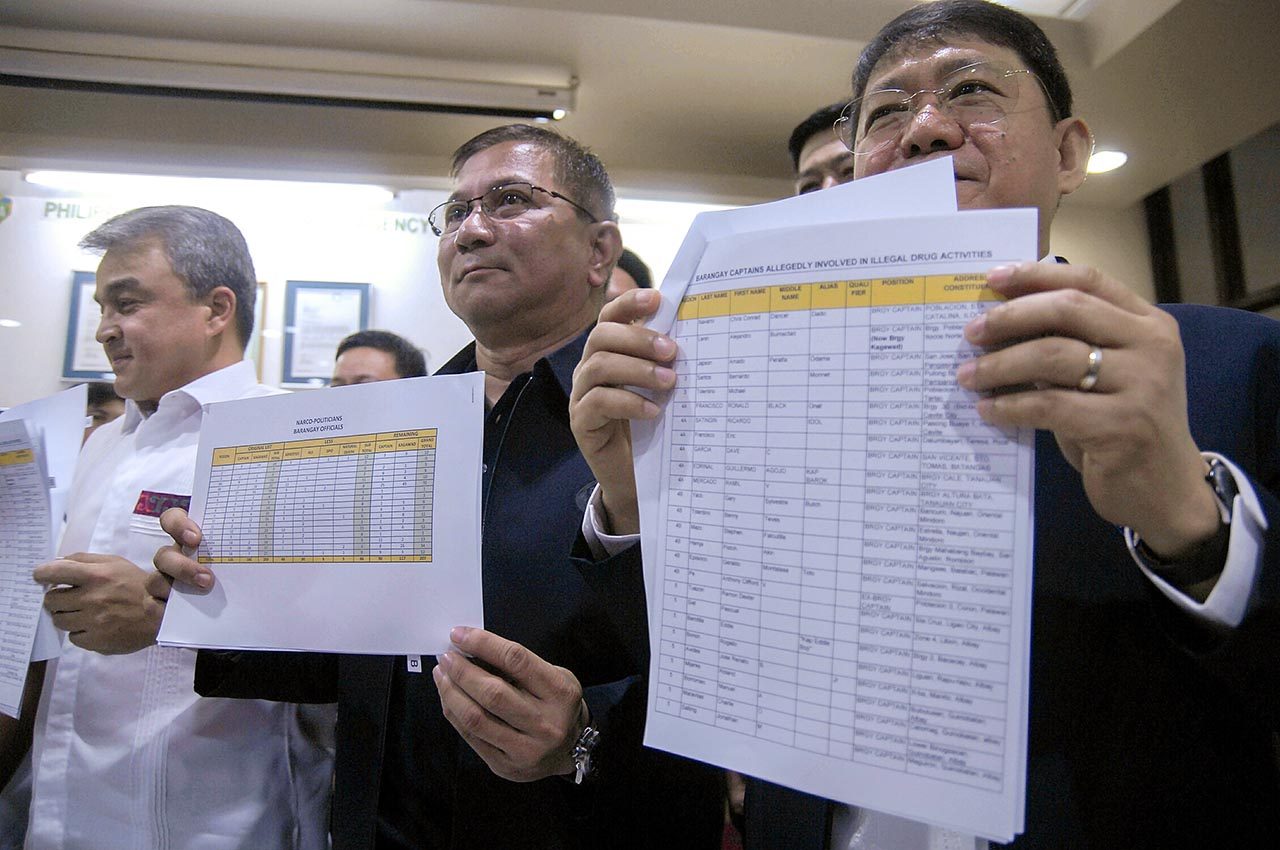 The roll contains over 200 names of village officials from all over the country.* (IN NUMBERS: Problematic barangays, local areas in PDEA’s drug list)

PDEA itself admitted that the proof of the officials’ drug links is currently heavily reliant on police and military intelligence.

Below is a summary of how many barangay officials are on PDEA’s list per province and Metro Manila city:

A day later, on May 1, PDEA chief Director General Aaron Aquino said that if the list contains mistakes, the agency would apologize.

He admitted, however, if that were the case, the harm had already been done.

“Kung nagkataon talagang mali, eh siyempre lahat naman tayo ay tao lang at nagkakamali, ‘di ba? We will try to ask [for] an apology, pero sabi nga the harm is done, nasabi mo na ‘yan eh,”Aquino said in an interview with ANC’s Headstart on Tuesday, May 1. (If we did make a mistake, of course all of us are just human and we also commit mistakes, right? We will try to ask for an apology, but as they say, the harm is done, it had already been said.)

Less than 24 hours after PDEA made the list public, the Tanauan police in Batangas province said one of the names mentioned – village councilor Lauro Vicencio – has been dead for more than a year, gunned down by unidentified assailants. Vicencio, the local police said, was not on their drug watchlist.

The Liga ng mga Barangay warned PDEA of committing an unconstitutional act for publishing the names of the suspect officials, and challenged the agency to file charges if its list is indeed verified.

PDEA agency has yet to gather enough evidence for formal complaints that lead to convictions, and denies that the roll of names are a hit list. – Rappler.com

*Editor’s Note: Rappler uploaded the list as soon as PDEA distributed it during the press conference, but decided to take it down pending verification.