IN PHOTOS: Gearing up for Labor Day 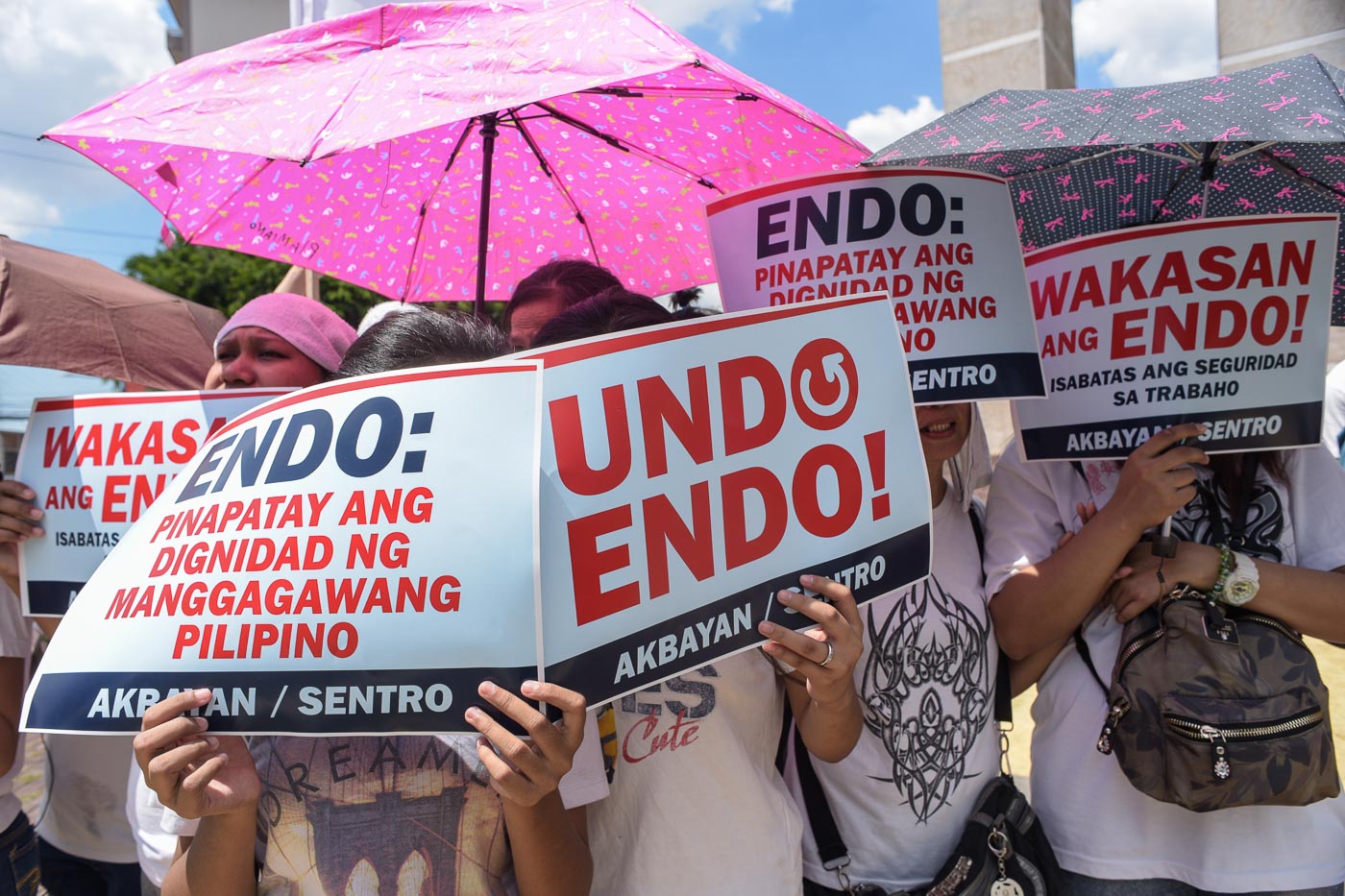 After a brief program, the protesters staged a walk-through in front of establishments hiring contractual workers.

The group also calls on everyone to participate in the nationwide Labor Day protests on May 1 that will be led by the country’s biggest labor federations—KMU, Nagkaisa and ALU-TUCP.

Here are some of the highlights of the creative protest: 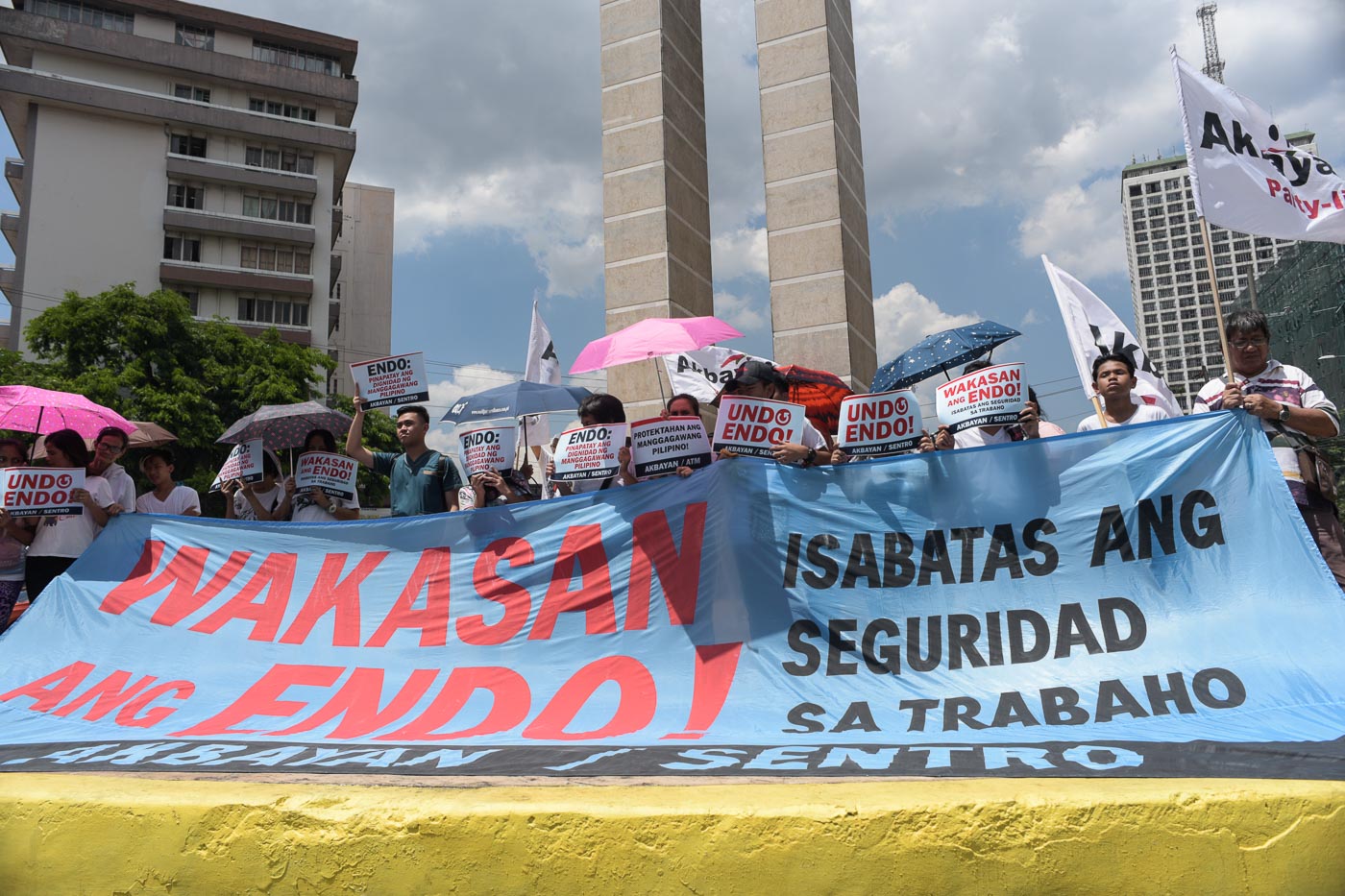 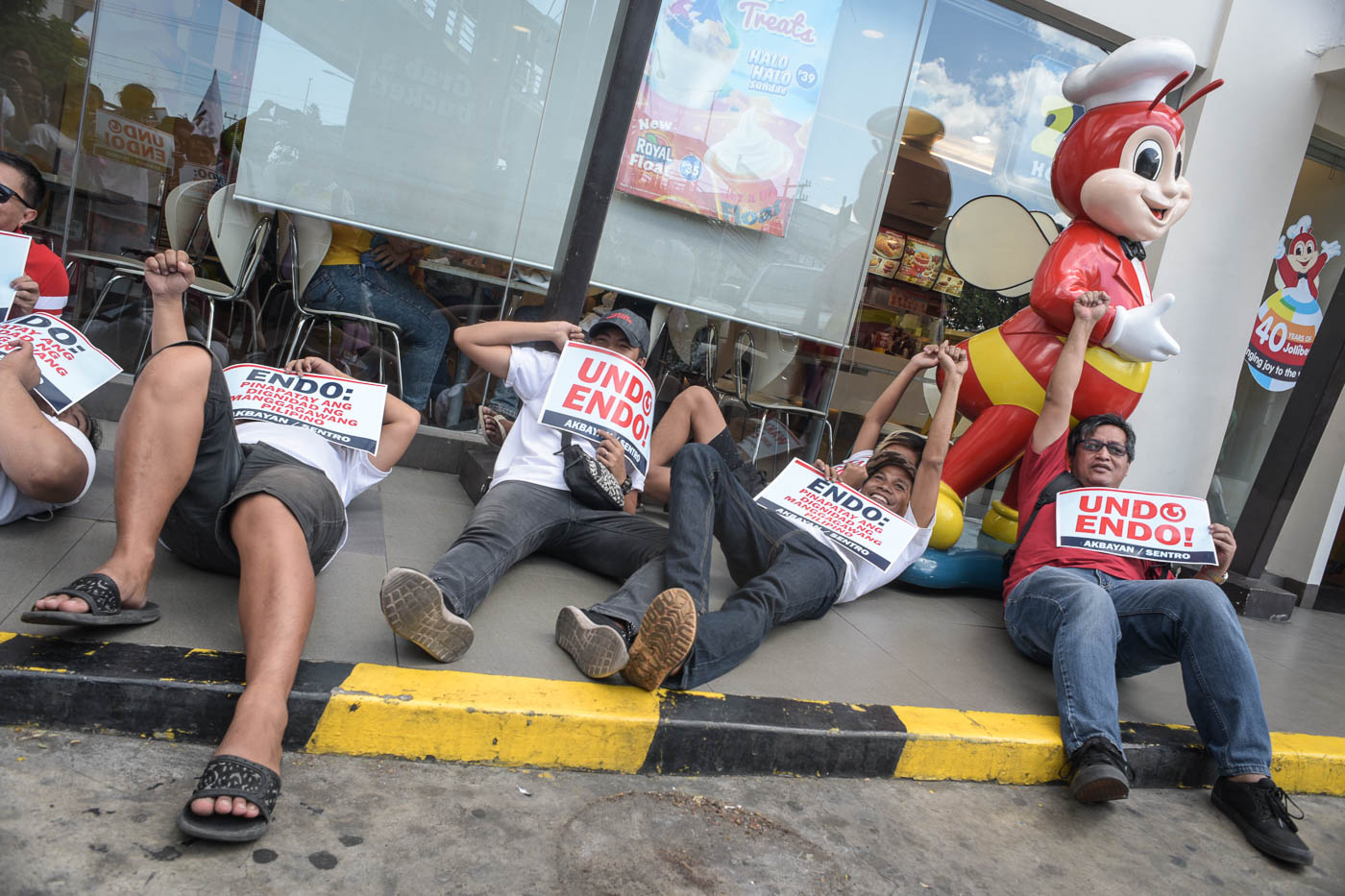 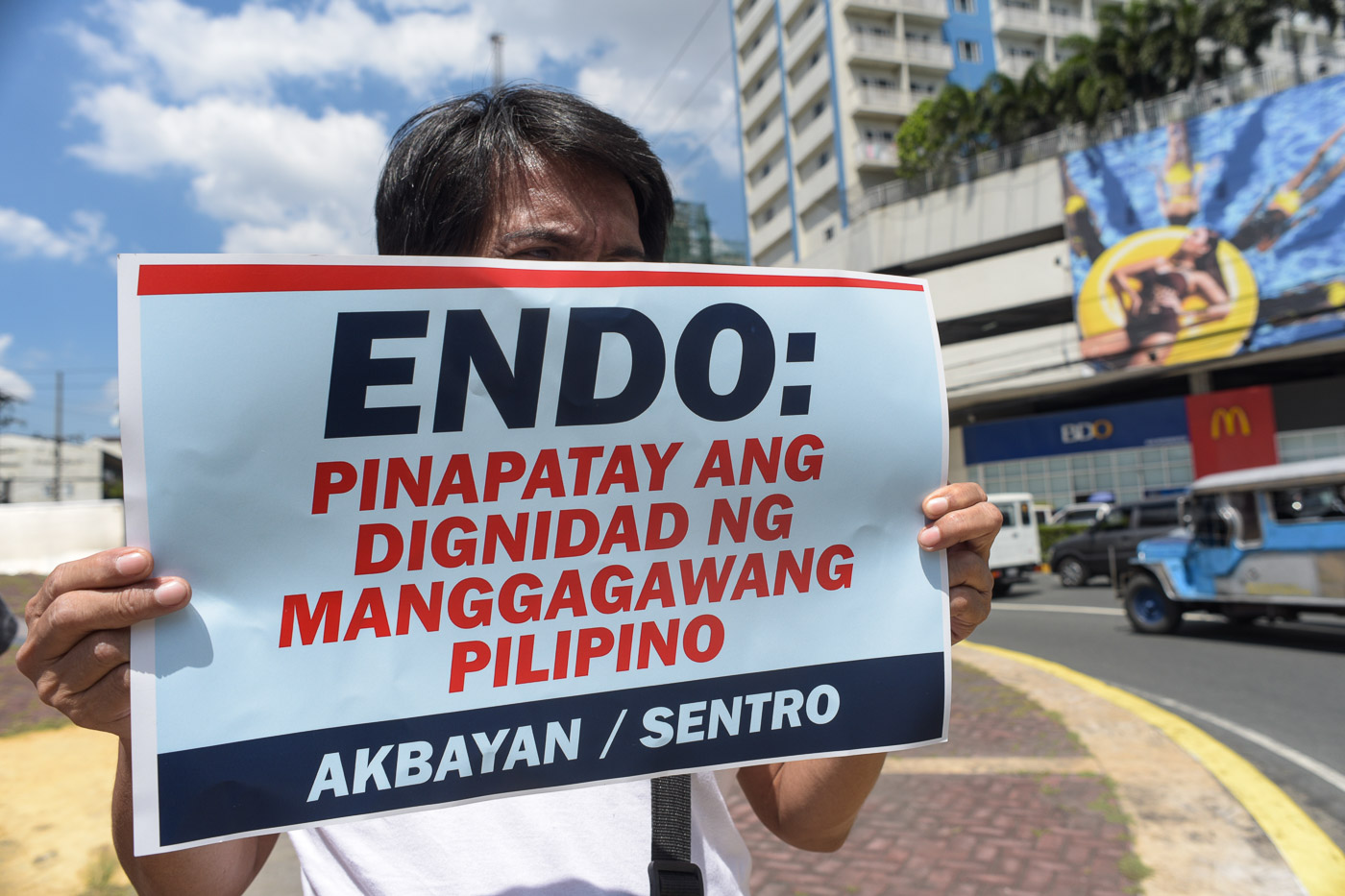 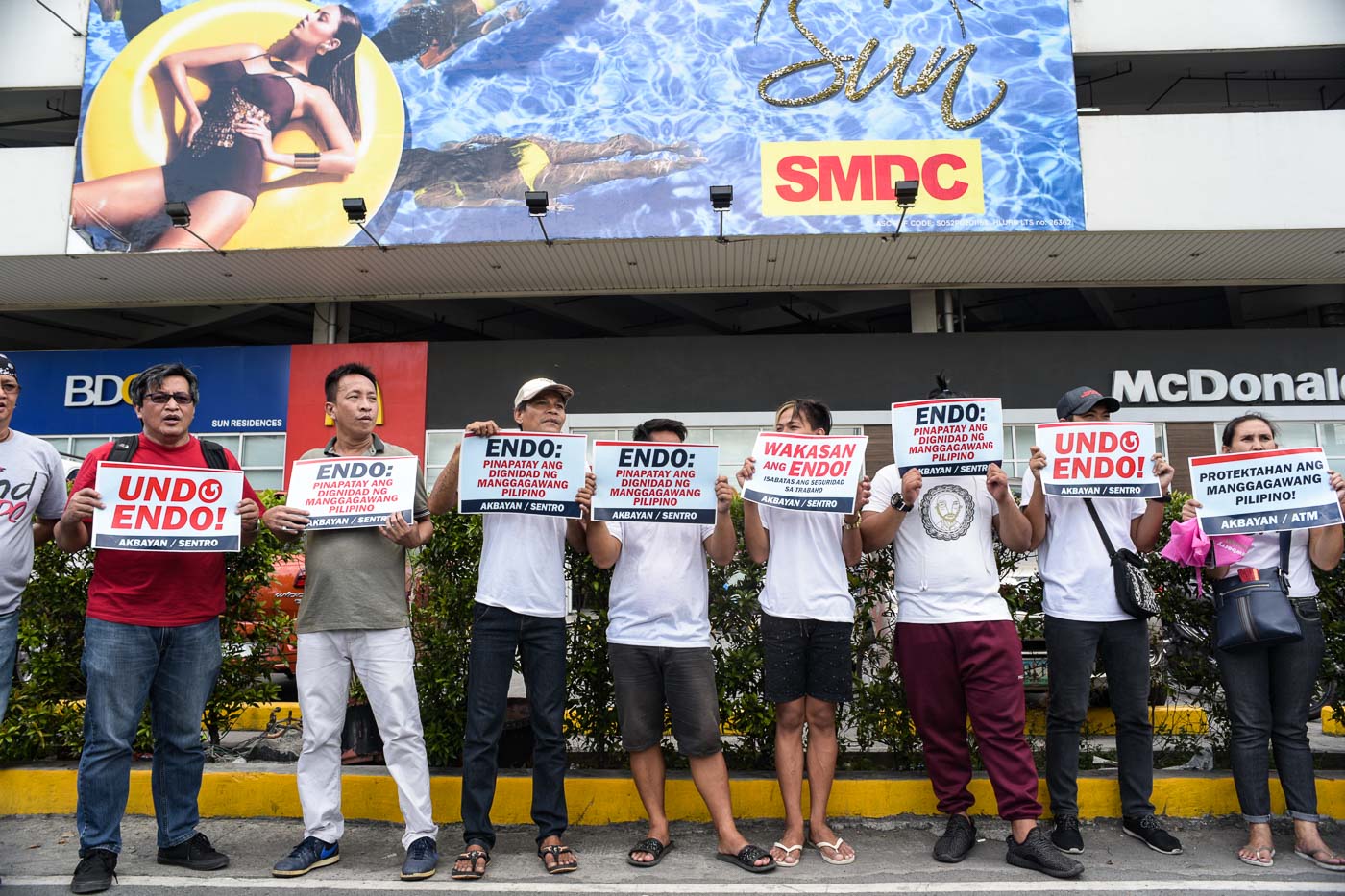 Meanwhile, militant labor groups led by the Kilusang Mayo Uno (KMU) and its allied progressive people’s organizations held a press conference and announced the mobilization of 60,000 workers in Mendiola and 150,000 more nationwide to protest the “anti-workers and fascist Duterte regime” for tomorrow’s International Labor Day.

KMU also unveiled “Dutertemonyo,” an effigy resembling President Duterte as a “demonic overlord, complete with a horn, a devil’s tail, a two-forked tongue, and his iron hand symbolizing the tyranny of his regime,” that they will burn during the #MayoUno2018 program.

After the press conference, artists put final touches on a protest art mural of a worker standing united with a peasant, ripping apart a US flag and a Chinese flag, backed by representatives of other marginalized sectors. 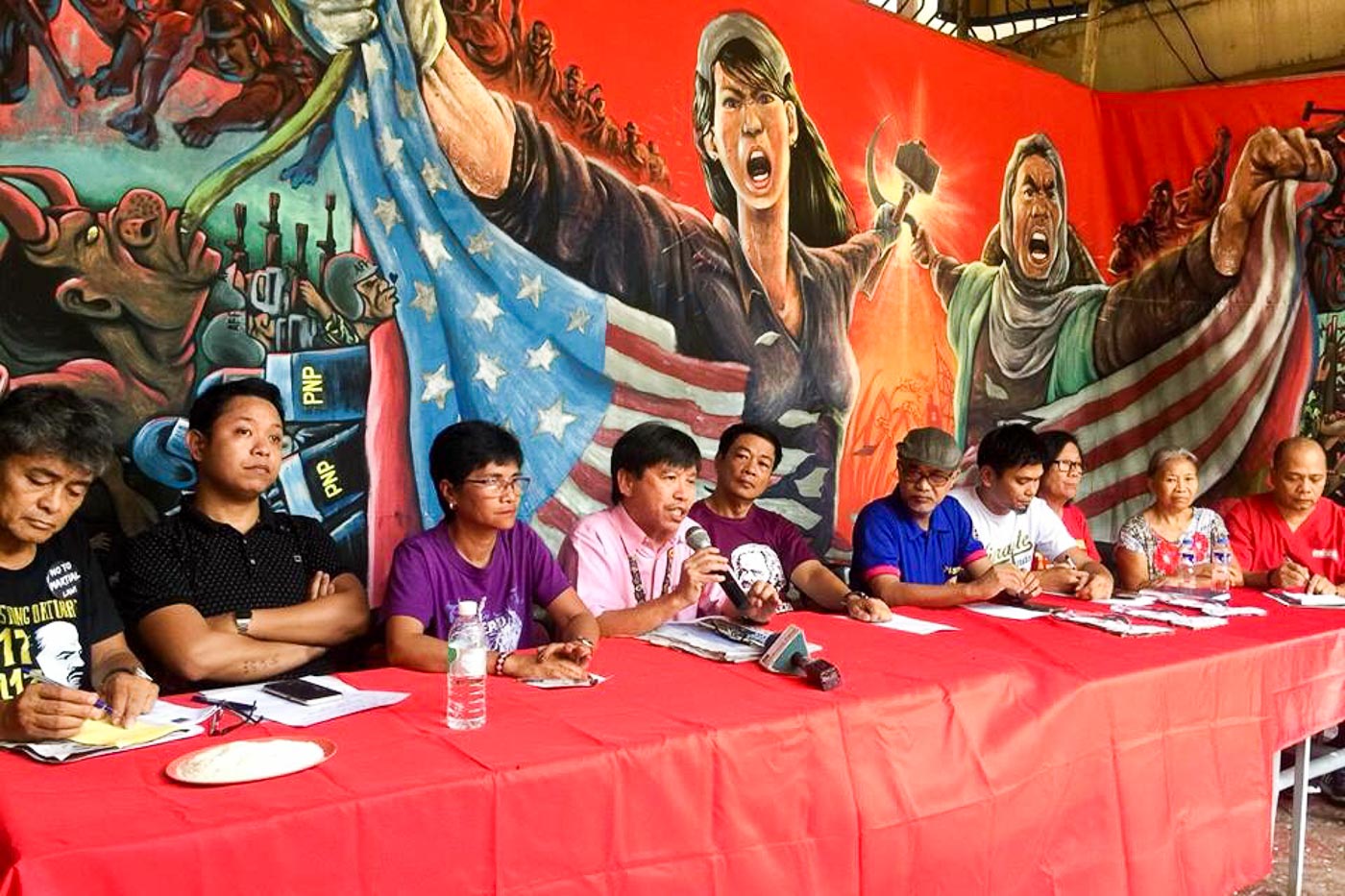 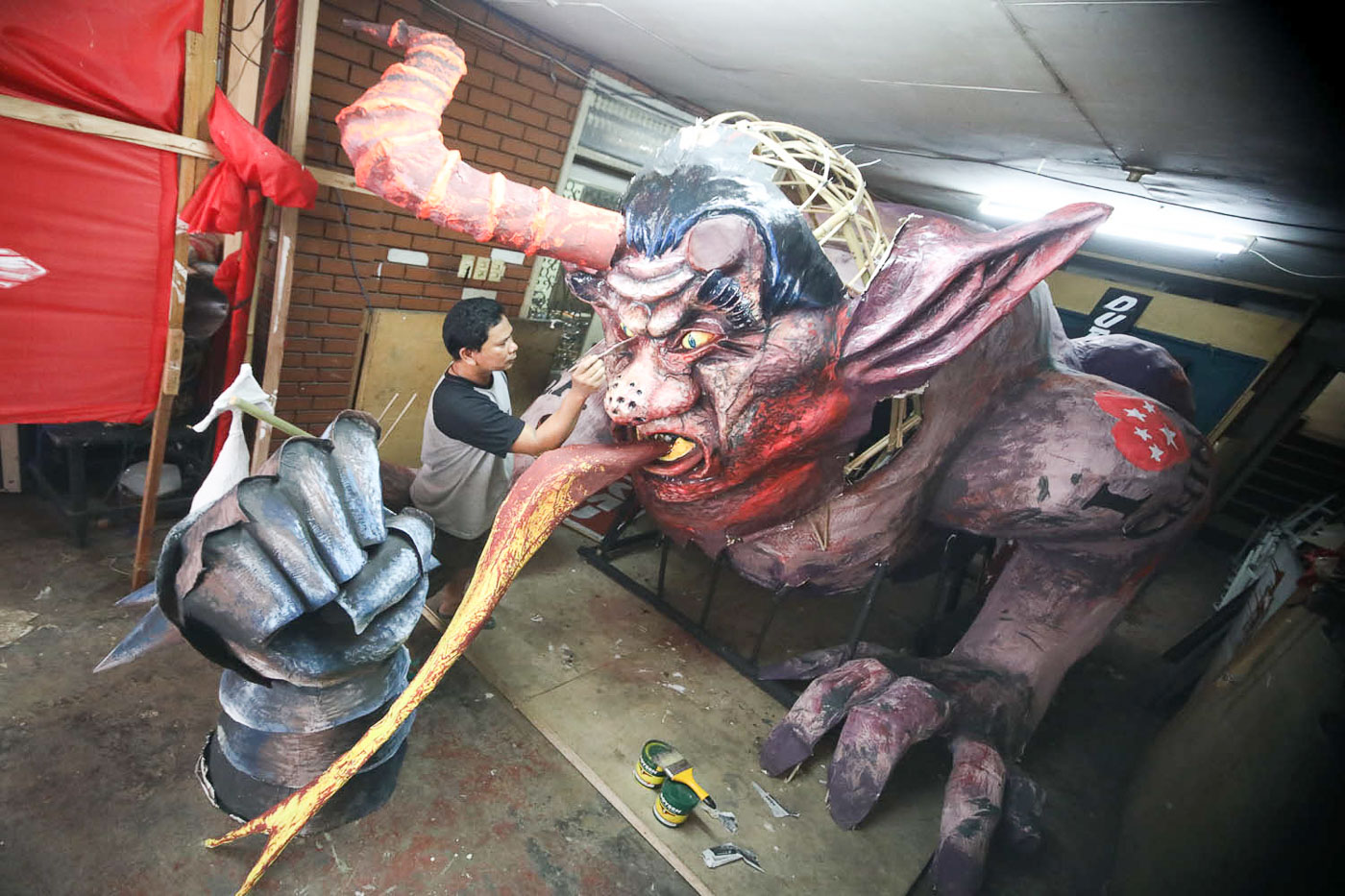 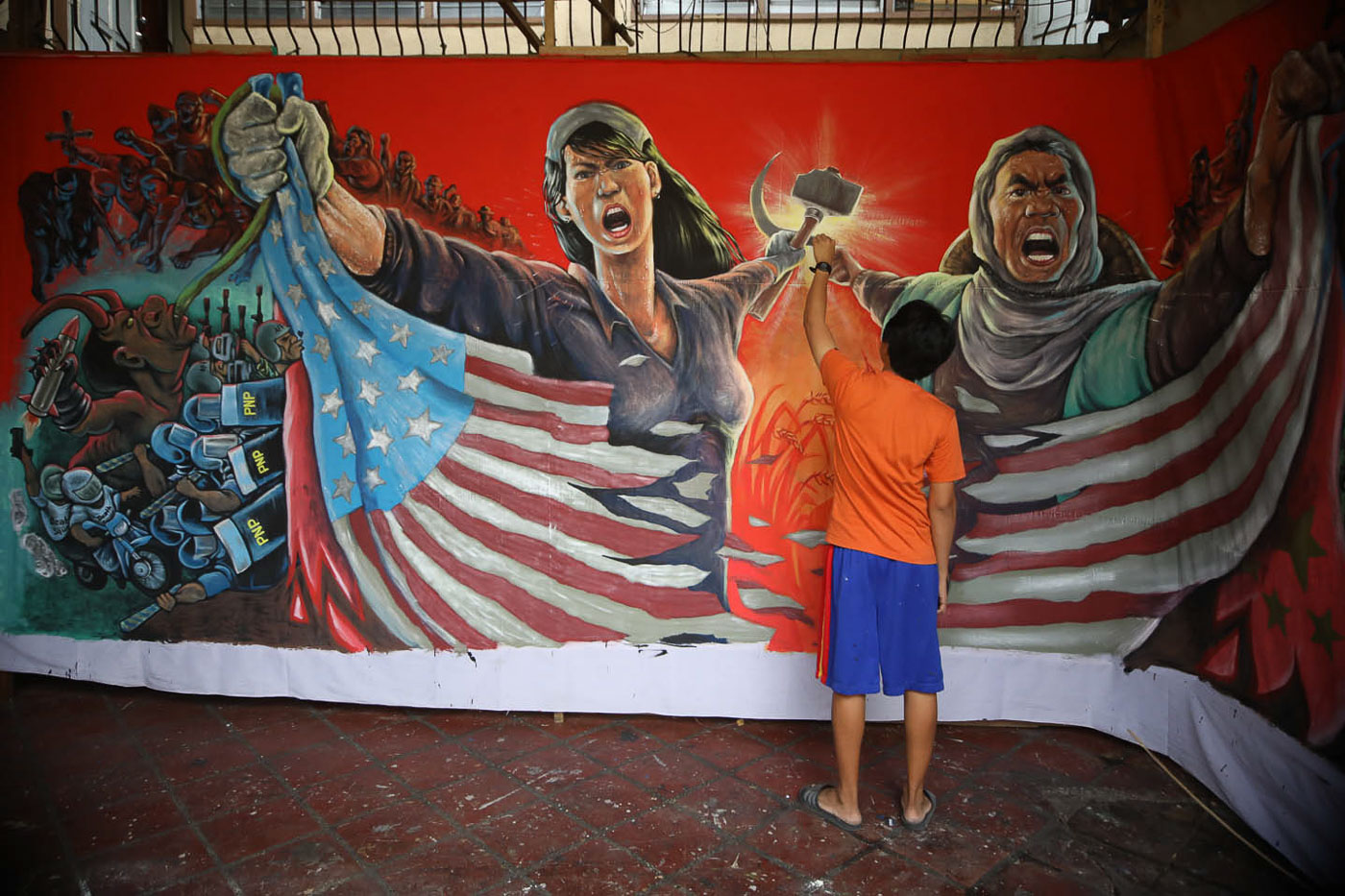