Apr 30, 2018 3:00 PM PHT
Pia Ranada
Facebook Twitter Copy URL
Copied
President Rodrigo Duterte has heard of the controversy and wants to get to the bottom of things, says the Palace 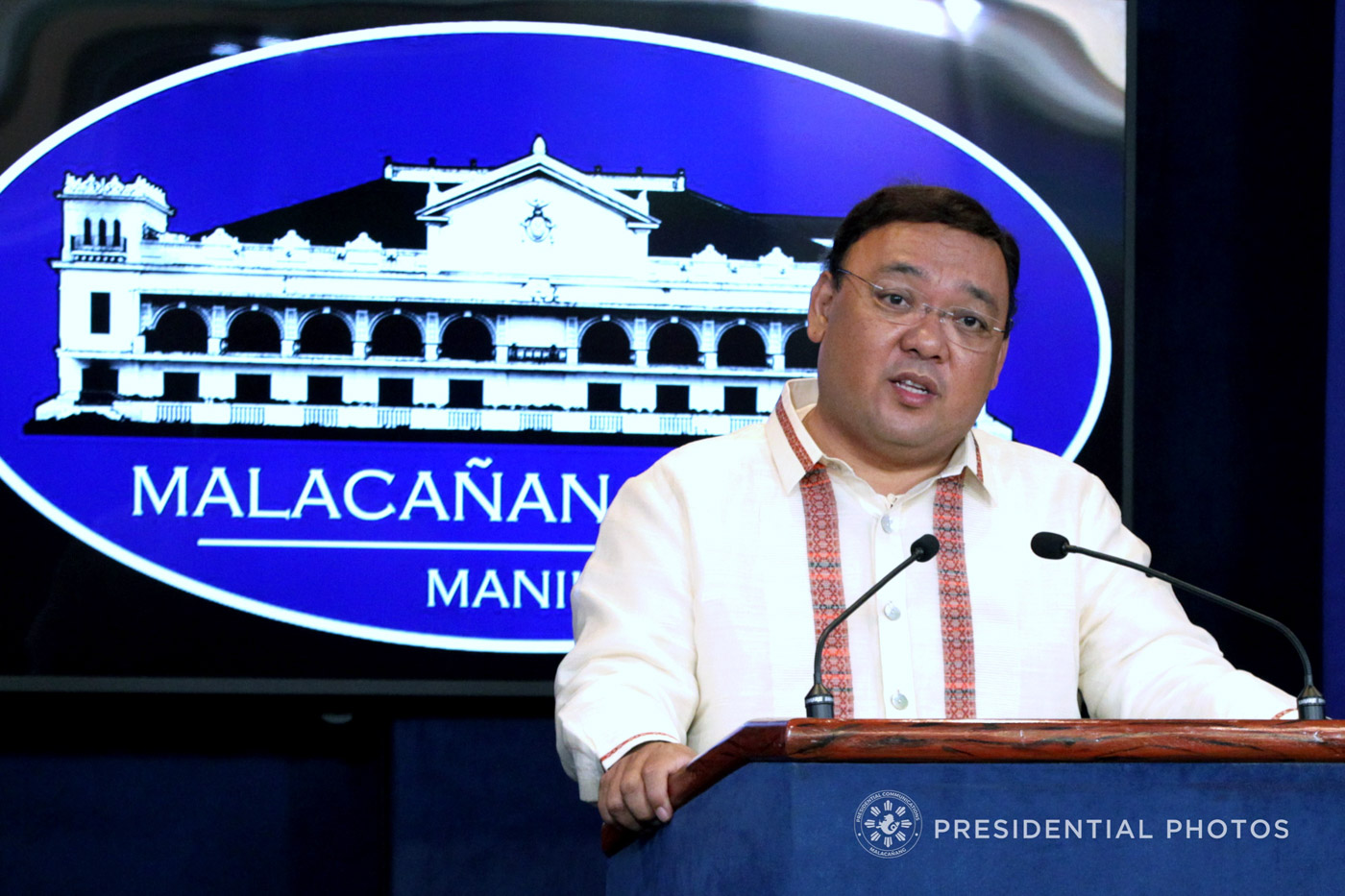 MANILA, Philippines – Malacañang will conduct its own investigation into the P60-million payment of the Department of Tourism (DOT) for the airing of advertisements on Ben Tulfo’s show, said Presidential Spokesperson Harry Roque.

“I assure you the Palace will investigate the matter,” said Roque on Monday, April 30.

“We have to accept the findings of COA (Commission on Audit). I understand this is a final finding. But the Palace will investigate on its own,” he added.

The spokesman also confirmed that President Rodrigo Duterte is aware of the latest controversy to hit the DOT.

“The news has reached him…. He wants to know the root cause of this,” said Roque in a mix of English and Filipino.

He, however, denied that Tourism Secretary Wanda Teo, sister of Tulfo, will be temporarily suspended during the period of investigation.

“No reason for her to leave,” said Roque.

Teo on Monday claimed she had no hand in the P60-million deal. She also said the advertising contract was between the DOT and People’s Television Network Incorporated (PTV), with payments going to the latter.

COA had flagged the transaction, saying that 3 separate payments totaling roughly P60 million were made to BMUI without the proper documents.

The payments were not backed by a Memorandum of Agreement or a Certificate of Performance on the disbursements, according to COA. – Rappler.com