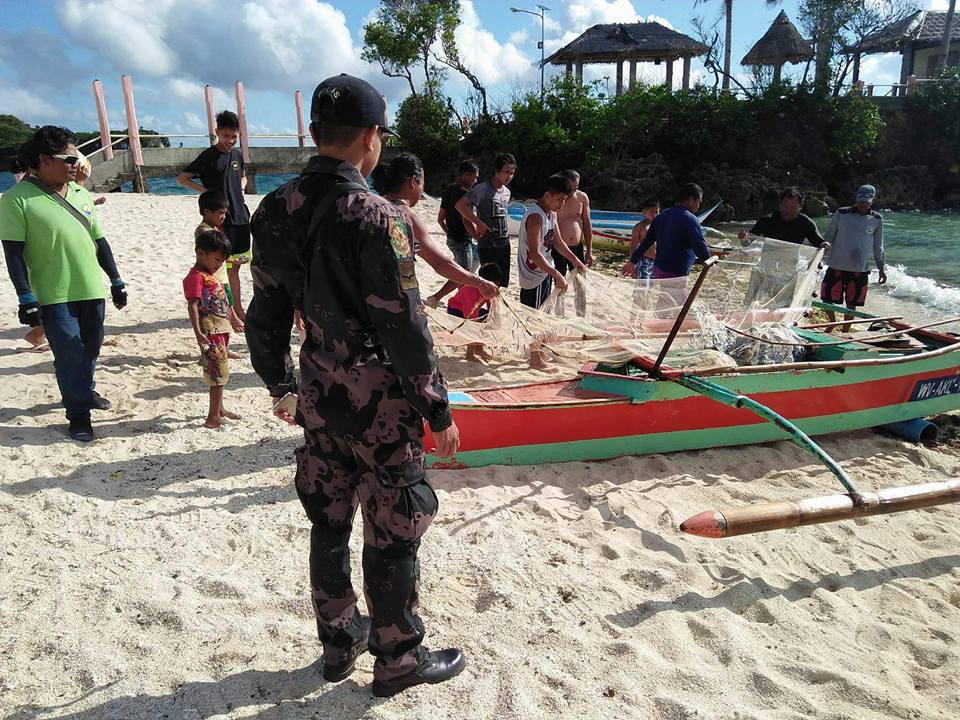 AKLAN, Philippines – Police Senior Superintendent Jesus Gambay, Jr. of Metro Boracay Police Task Force said Monday, April 30, the deployment of 630 police officers  and some 200 soldiers of the Philippine Army is more than enough to address crimes and even lootings during the 6-month duration of the island resort’s closure.

Cambay said contingency plans are in place against crimes on property since owners of establishments have decided to temporarily stop their operations, while some residences in the island were shut due to Boracay’s rehabilitation.

Because of the ‘no work, no pay’ situation, the Boracay Police Task Force anticipates desperate individuals may turn to looting of unguarded commercial establishments, houses and even resorts.

(There are no security guards to watch over their property. These are included in the contingencies for this situation.)

Cambay said the Police Regional Office in Western Visayas, however, is prepared to increase the deployment  if needed.

Cambay also said he was expecting a decline in crime incidents during Boracay’s shutdown.

The police official said local and foreign tourists have left Boracay after President Rodrigo Duterte ordered the 6-month shutdown of the whole island resort. On the day of the closure, Duterte signed a proclamation putting 3 barangays in the island under a state of calamity.

(There will be less crimes because the tourists have left, because they are the victims of most of the petty crimes.)

Cambay, who is also the deputy regional director for operations, said the police and force multipliers will also impose curfew on minors in barangays .

So far, Cambay said the number of crimes reported daily in Boracay police sub-station went down from April 26 to April 30.

(The police and the citizens of Boracay are helping each other. Our police force joins in the community services, like cleaning the school at Yapak and digging a compost pit. The public sees the importance of the police and community partnership.)