On Labor Day, thousands of workers hit President Rodrigo Duterte for signing an executive order against contractualization which “sides” with the employers and not Filipino workers. 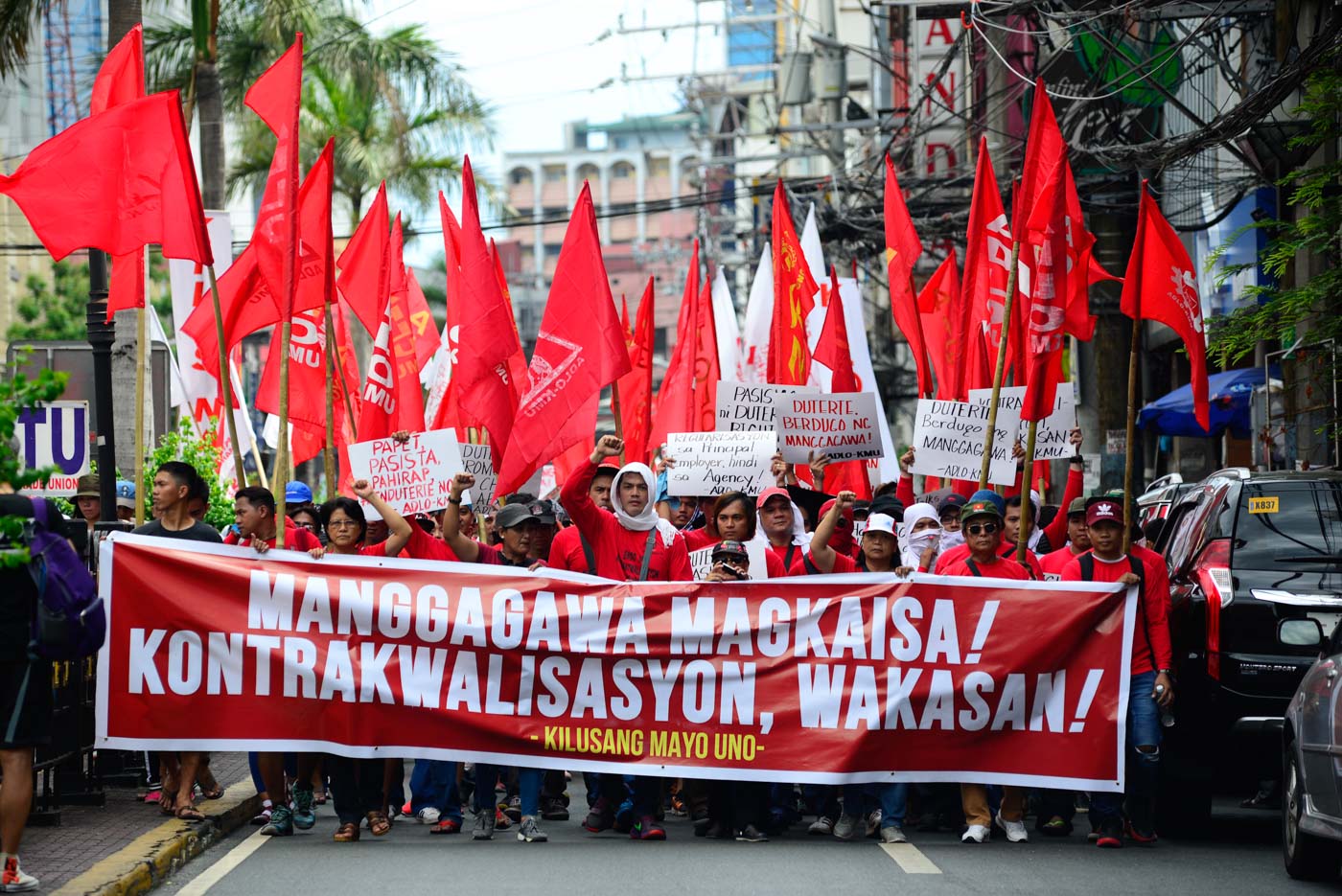 On Labor Day, around 50,000 marched to protest against contractualization.

According to the leaders of labor groups, the executive order signed by President Duterte favors the employer groups.

I think this is the draft that DTI has been pushing where jobs and its functions are already contracted out which they say is a win-win situation. You will be regularized under service providers. There is no security of tenure there because when you are an agency worker, when your contract ends, your job ends as well. You cannot exercise other rights like unionism and collective bargaining. That’s why we are pushing for direct hiring.

5 labor-drafted EOs have been proposed, but this was not the version signed by the President on May 1.

But Malacañang also says an EO will not end contractualization entirely, and asks them to wait for Congress to pass a law.

Currently, President Duterte and the officials of Department of Labor and Employment are in Cebu for the Labor Day conference.