May 1, 2018 8:15 PM PHT
Rambo Talabong
Facebook Twitter Copy URL
Copied
(UPDATED) Barangay councilor Lauro Vicencio has been dead for over a year already and was not part of the local police's drug watchlist 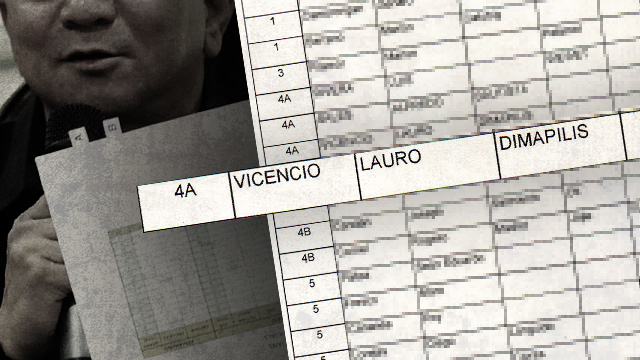 The PDEA included in its controversial list Lauro Vicencio, identified as a councilor in Barangay Pantay Matanda in Tanauan City, Batangas. The problem is Vicencio has been dead for over a year already.

Mercado added that Vicencio is also not part of their local drug watchlist.

“Tinanong ko. Negative sa drugs sa amin. Wala siya (I asked. He’s negative for drugs here. He is not [in the watch list]),” the Tanauan City police chief told Rappler in a phone interview on Tuesday.

The PDEA has repeatedly said it thoroughly checked the drug list – not just by itself, but with 3 other executive agencies.

PDEA chief Director General Aaron Aquino was first to say that if they made a mistake in compiling the list, they would apologize then remove the name of the erroneously listed official.

Vicencio’s widow, Gloria Vicencio, lamented that her late husband has been unfairly linked to drugs.

“Bakit siya ang nakalista? Hindi naman siya ano sa droga. Bakit ganoon? (Why is he listed? He wasn’t involved in drugs. Why?)” Vicencio told ABS-CBN in an interview on Tuesday.

Addressing the error, the PDEA issued a statement late Tuesday night, saying, “If there are any inaccuracies as claimed we will look into it again, but we assure the public that the concerned agencies exercised due diligence in the validation process.” – Rappler.com