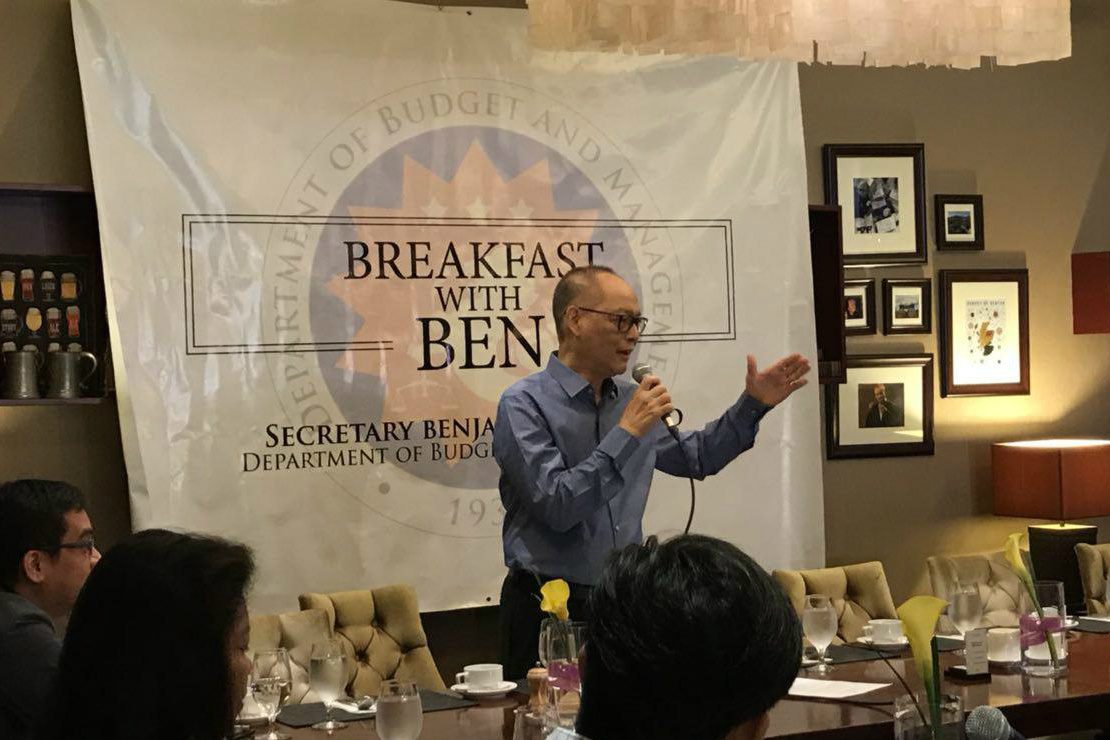 MANILA, Philippines – The Department of Budget and Management (DBM) will release P490 million this week for the rehabilitation of roads in Boracay Island in Malay town, Aklan.

Budget Chief Benjamin Diokno made the announcement in a news briefing on Wednesday, May 2. The fund request of the Department of Public Works and Highways, though still subject to the formal approval of President Rodrigo Duterte, is good as approved.

Diokno said that the DBM has allotted P50 million for the improvement of the Boracay Circumferential Road in the 2018 national budget, and that the P490 million is an augmentation “to fast-track project completion.”

“We have to do it. We are doing this for the future generations of the Philippines. If we did not close the island, we might not have Boracay Island 10 years from now,” Diokno said in a mix of English and Filipino.

The DBM said the augmentation will be charged against DPWH savings in 2018. (WATCH: Demolitions on first day of Boracay shutdown)

The Boracay road rehabilitation project includes a 12-meter widening plan along the 5.2-kilometer road in the villages of Manoc-Manoc, Yapak, and Balabag. The island’s drainage and sewerage system will also be improved with the project.

There are some 150 workers from different district offices in Western Visayas who have been deployed for clearing operations in Boracay. Access to augmentation funds will allow DPWH to bring in more workers which would fast-track operations, Villar said.

Meanwhile, the DBM has already released P448 million to the Department of Labor and Employment (DOLE) to cover assistance for workers and residents earlier profiled by the labor department. (READ: Displaced Boracay workers settle for P323/day for 30 days: ‘Puwede na’)

Diokno also said that other government agencies planning to shut down tourist destinations should “look into it” so the program will be included in the 2019 national budget.

“They have similar areas like Coron – other tourist destinations. It’s about time that people look into it because we are currently preparing for the 2019 budget,” he said on Wednesday.

Boracay Island was officially closed to the public on April 26, after Duterte orderedits 6-month closure due to environmental problems.  (READ: INSIDE STORY: How Duterte decided on Boracay closure)

Even without a master plan for the Boracay rehabilitation project, Duterte approved the recommendation of the environment, interior, and tourism departments to close Boracay to tourists.

Workers affected by the Boracay closure have filed a petition with the Supreme Court to stop the closure of the tourist destination.– Rappler.com