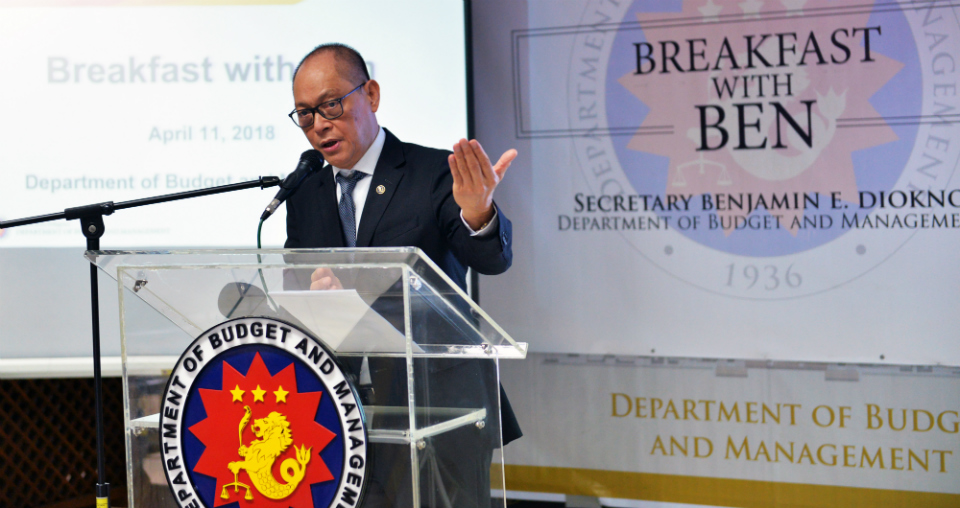 (You know, I think if you’re hardworking, you won’t go hungry in the Philippines. If you’ll just be hardworking.)

Diokno made the comment after he was asked whether overseas Filipino workers (OFWs) will only “be hungry” if they come back to the Philippines.

This was in the context of whether the country can absorb those who want to come home because of the diplomatic row between the Philippines and Kuwait.

Diokno said the Philippines can afford to hire the OFWs because of the jobs available in the government’s Build, Build, Build infrastructure program.

The budget chief added that the social cost of deploying OFWs should always be taken into consideration.

“You know, when you talk of the OFWs, you have to consider the social cost of deploying abroad. Family… cost in the family, etc. Being harassed…. Can you imagine how much that causes members of the family being harassed?” he added.

Diokno also said the Philippine government can afford to shoulder the airfare of OFWs who want to return home, and give them financial aid as well.

“We can afford. I don’t have the numbers but we can provide, if they want to come back,” he said.

The Kuwaiti government declared Philippine Ambassador to Kuwait Renato Villa “persona non grata” over the Philippine embassy’s rescue of abused OFWs. The Philippine government apologized to the Gulf state over the incident.