May 3, 2018 12:46 PM PHT
Pia Ranada
Facebook Twitter Copy URL
Copied
'As far as the Palace is concerned, there is no reason for him to resign,' says Malacañang in response to calls for Foreign Secretary Alan Peter Cayetano to resign over the deterioration of the diplomatic row with Kuwait 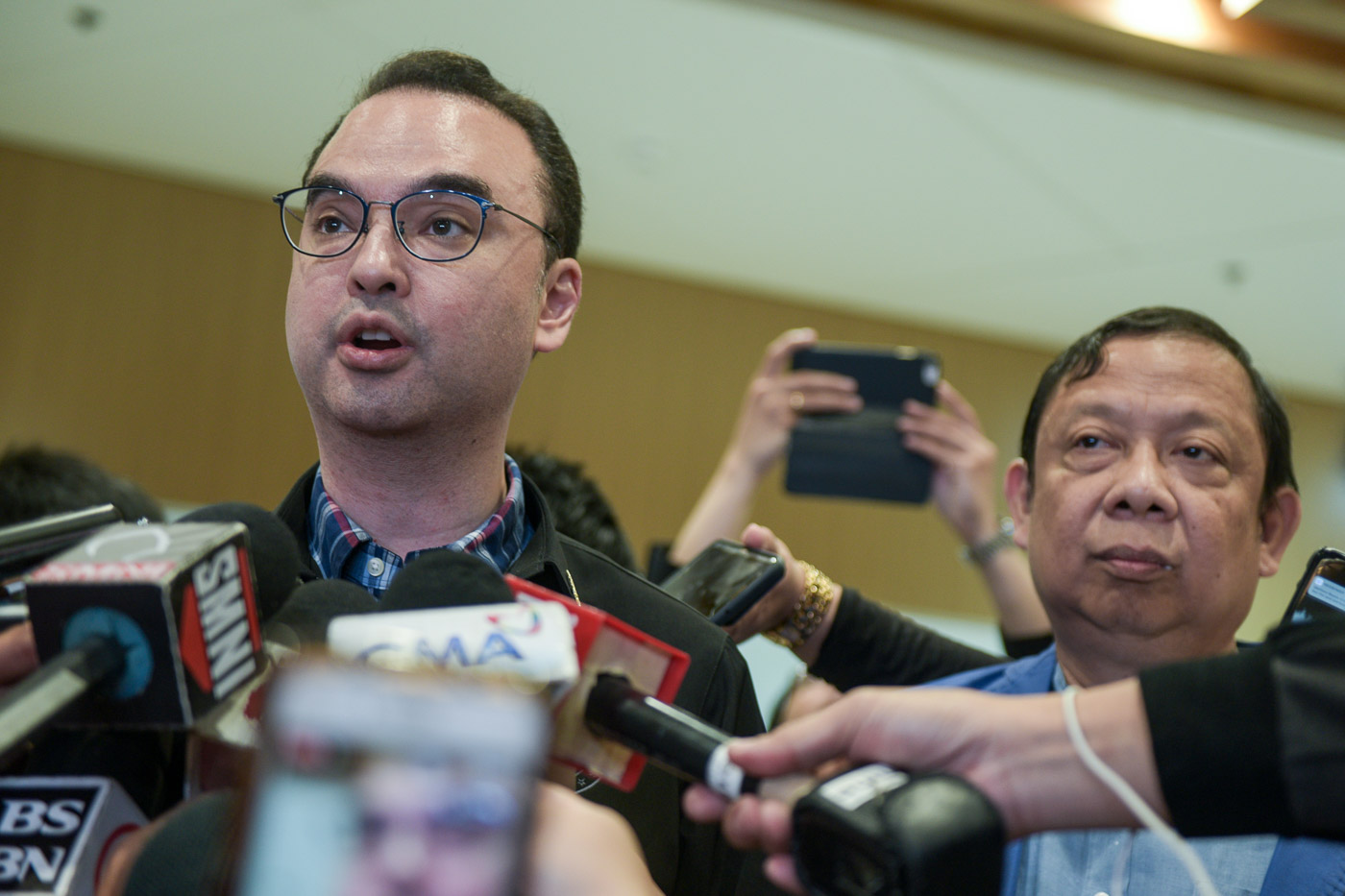 “I think he still has the full trust and confidence of the President,” Presidential Spokesman Harry Roque said during a Palace briefing, in response to calls for Cayetano to resign for mishandling the diplomatic row with Kuwait.

The Department of Foreign Affairs (DFA) had earlier posted a video of a migrant workers’ rescue mission in Kuwait, apparently not coordinated with local authorities, which angered Kuwait.

Some groups and lawmakers said the mishandling of the row with Kuwait warranted the resignation of Cayetano but Malacañang did not share this view.

“As far as the Palace is concerned, there is no reason for him to resign,” said Roque.

Malacañang also expressed confidence that the diplomatic row with Kuwait will be resolved soon.

“I think what we have in Kuwait is something we can overcome…eventually,” the  Palace spokesman said.

“Secretary Cayetano has apologized and we’re hoping to normalize ties with Kuwait soon,” he added.

Who will be held accountable?

Will Duterte hold any official accountable for the posting of the controversial video that angered Kuwait?

Roque said this would be up to Cayetano since it was his staff involved.

“We await his official actions and we defer to him for judgement on what to do with his people,” said Duterte’s spokesman.

It was Cayetano’s staff who greenlighted the rescue mission and disseminated the video, to inform the public that the DFA is looking out for the safety of overseas Filipino workers in Kuwait. Such rescue missions are not uncommon but they are not publicized, since they may affect diplomatic relations with the host countries and compromise the welfare of OFWs there.

Cayetano has been criticized for allegedly using the video for politicking – to boost his supposed presidential bid in 2022 – but the Cabinet official denied this.

The group Tindig Pilipinas accused Cayetano of using his position to advance “his personal agenda of self-glorification for his presidential ambitions.”

“Spare our DFA career officials, both here and abroad, from further embarrassment….For once, think of the country and not your personal ambitions. We urge you, resign,” said the group. – Rappler.com