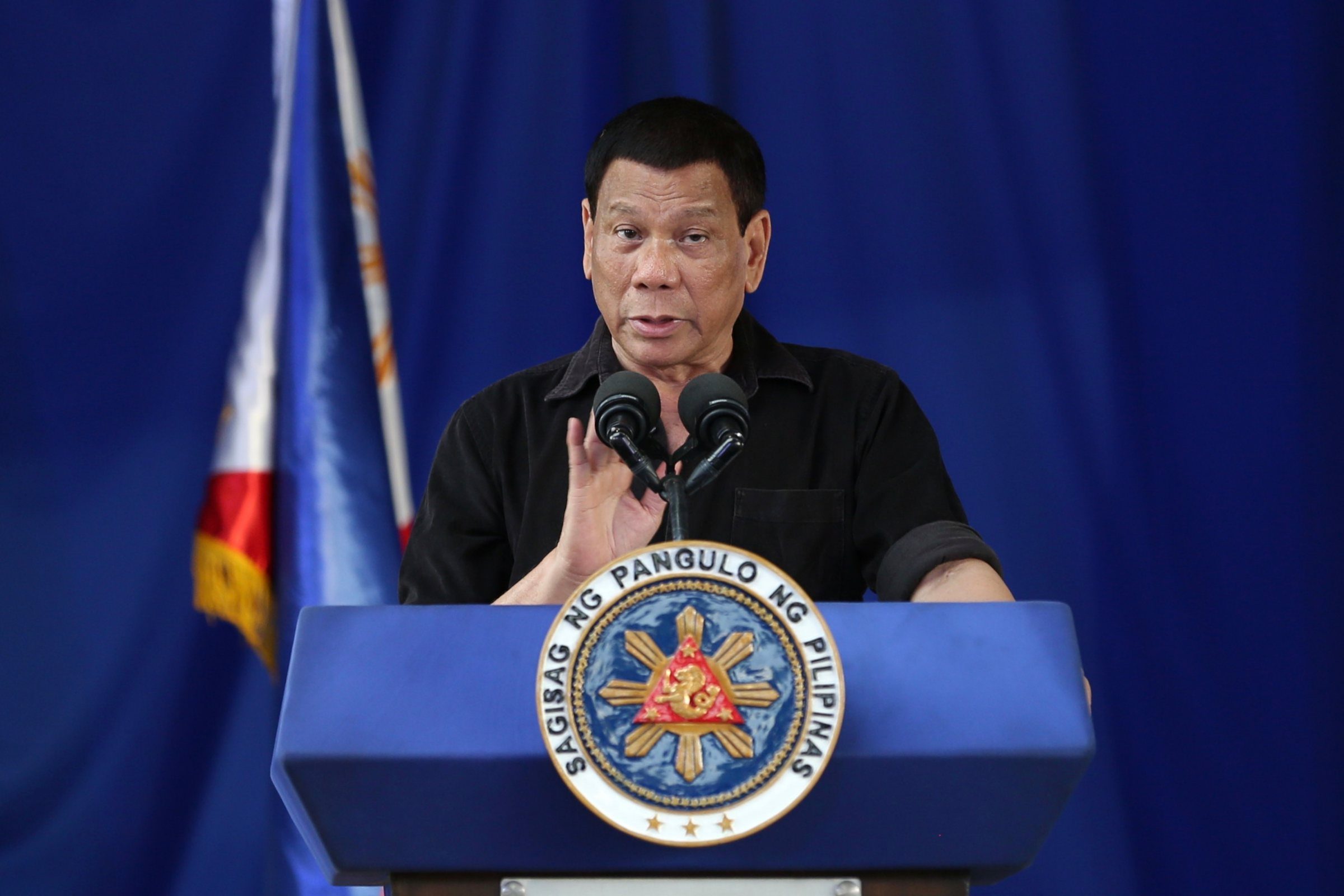 MANILA, Philippines – Philippine President Rodrigo Duterte reacted to the TIME magazine cover story featuring him as among the “strongmen” of the era.

Denying he is a strongman, Duterte claimed he deals with criticism well and that he has never imprisoned anyone for opposing his views.

“Isa raw ako sa mga strongmen. Hindi naman ako strongman. (I am supposedly one of the strongmen. I am not a strongman.) I have never sent anyone to jail,” he said on Friday, May 4 in Davao City.

He even said everyone is free to criticize him.

“You can criticize me and bullshit me to no end, I can take that because you are my employer…I am just a government worker,” he said.

“Use your fredom of expression. I have never sent anyone to jail for talking or badmouthing me,” Duterte added.

However, one of Duterte’s most vocal critics, Senator Leila De Lima, is already in jail. She was detained over charges that she facilitated the illegal drug trade inside the country’s prisons, an accusation first made by Duterte.

Another fiercely critical lawmaker, Antonio Trillanes IV is facing charges of inciting to sedition which was the outcome of a complaint filed by lawyers from the Volunteers Against Crime and Corruption, a group allied with the administration.

The lawyers behind the complaint, Manny Luna and Jacinto Paras, are now government officials.

While Duterte insisted no one will be punished for criticizing him, there is an exception. Foreigners who speak out against him can expect retribution.

“I have never sent anyone to jail for talking or badmouthing me. Pero kung foreigner ka (But if you are a foreigner), that is another thing,” said the Philippine leader.

He then cited the example of Australian nun Patricia Fox who was ordered to leave the Philippines for allegedly being involved in “partisan political activities.”

The critical press has also suffered under the Duterte administration. Local media groups have counted 85 various types of attacks against the press. Duterte’s foul-mouthed rants and threats against media companies and reporters have led the Philippines to slide down 6 spots in the recent World Press Freedom Index.

Duterte has barred Rappler reporters from all his events after being “annoyed” by its coverage.

The TIME feature, entitled “The Strongmen Era Is Here. Here’s What It Means for You,” ranks Duterte among the likes of US President Donald Trump, Russian President Vladimir Putin, Chinese President Xi Jinping, and Turkey President Recep Tayyip Erdogan as examples of “muscular, assertive leadership” with little regard for civil liberties. – Rappler.com